The Roar
30th November, 2020
115
Join the conversation
3042 Reads
Advertisement
Write for The Roar

Last week’s equations highlighted how hard a task it was going to be for both Argentina and Australia going into the last game of the season, and New Zealand’s 38-0 win in Newcastle on the weekend only further underlines the magnitude of the task.

But, for the record… this is where we’re up to now.

First and foremost, both the Pumas and Wallabies need a bonus point win to draw level with the All Blacks on 11 competition points.

From there, it rapidly lands in “highly unlikely” territory.

New Zealand already enjoyed a +16 for-and-against advantage over Argentina before last weekend, and the 38-0 win only extended that further.

The All Blacks differential finished on +64, while the Pumas’ dropped to -28, meaning as well as scoring three tries more than whatever the Wallabies manage at Bankwest Stadium on Saturday night, Argentina must also win by at least 93 points.

For the Wallabies, it’s a neat 100-point gap they need to make up. They have at least scored three times as many tries in this Tri-Nations tournament as Argentina, but finding a hundred points more than the opposition when they’ve averaged less than 15 points a game is about as tough as it gets.

If both teams chase the title on Saturday night, it will certainly be entertaining.

In terms of Australian rugby, this also represents the last chance to play to all potential that Wallabies fans have been reading and hearing about this season.

Yes, it’s a young team. Young teams do make mistakes. But it’s not necessarily the young players under pressure in this last game of the year.

Dave Rennie will again name his last side for 2020 on Thursday morning, and it will be fascinating to see what combinations he goes to in search of one last win for the year.

Because from fullback to front row, there are more than a few players who need to remind us of their worth at international level.

With James Slipper injured and out of action, and Angus Bell already nipping at his heals, Scott Sio is certainly in the crosshairs to finish the season strongly.

Sio and Slipper operate in tandem at the Brumbies to good effect, but at international level, Slipper’s superior scrummaging has seen him preferred as the starting loosehead all year.

Bell’s ability to withstand what will be a fired-up Argentinean front row from the start will be the only question marks for Rennie, for it’s clear that youth and enthusiasm propel Bell around the field with great effect. If Sio is picked to start, it feels like this might be his last chance to show that he isn’t ready to be overtaken by the young Waratah. 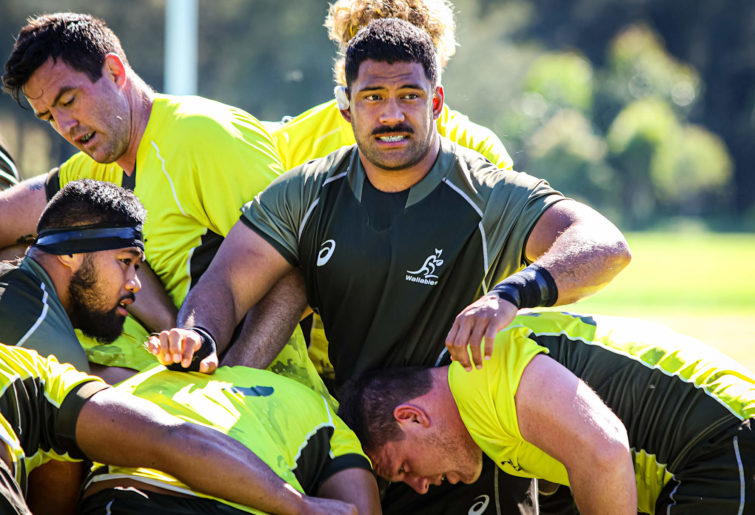 Brandon Paenga-Amosa and Folau Fainga’a have both had issues with hitting a lineout target, and both will be sweating on the fitness of Rebels rake Jordan Uelese, who played the first three Tests of the season off the bench. Knowing Argentina’s love of a defensive lineout steal, and assuming he’s fit, it wouldn’t at all surprise to see Uelese named.

The Allan Ala’alatoa-Taniela Tupou debate around who is the best starter and who is the best bench option remains, but both will need to be at the top of the scrummaging game this weekend. After New Zealand at time demolished the Argentine front row, a response shouldn’t be unexpected.

The second row looks relatively well settled, but the back row is far from.

Ned Hanigan has been playing the blindside flanker role well, and provides the additional lineout option. He’s not as aggressive as Lachie Swinton, but he also doesn’t sail as close to illegality as Swinton does. Michael Hooper is playing as Michael Hooper typically does, as well.

Harry Wilson has had a strong first year of professional rugby, capped off by his Wallabies debut and a start in every Test this season. But his his role has been in state of flux and it looks to be affecting his performance. Rennie clearly needs to find a way to utilise Wilson’s wider running game, but to do that, he needs more ball carriers through the middle channel.

James O’Connor has declared himself fit and ready for selection, which then has ramifications for Reece Hodge and Hunter Paisami. How Rennie fits the three of them into a two-man midfield is anyone’s guess, and likewise what it does for the Wallabies approach to attack.

Jordan Petaia is a young player who is undoubtedly going to become a very good Wallaby in time. But it does feel like the headlines and the hype are currently outweighing his output. His ball security in contact has been questionable at times, and his decision making not much better. There’s pressure on him to deliver, and there’s pressure on attack coach Scott Wisemantel to best utilise Petaia’s talent while not stifling opportunities out wider.

Finally, Tom Banks has done a serviceable job at fullback, but has discovered the hard way that those gaps he’s handle to find in Super Rugby and create something out of nothing with his speed just aren’t available as often at international level.

It means that an O’Connor return in the front line could open the door for Hodge to shift to the back. Which in itself would bring yet more pressure on a Wallabies backline to play with the ability we know these players have but just haven’t seen as much as we’d like in 2020.