A sporting all-rounder during his school days, it wasn’t until attending third-level education as a 17-year-old that Maggs took up rugby.

“On my first day of college, I sat next to a guy who played for the Bristol colts, a team back then like a modern-day academy,” he said.

“He asked me to try out at rugby for the college, I said: ‘Yeah, whatever.’ And his dad, who was also a coach at one of the local teams, was watching. He asked me to come along and play. I was hesitant to go at first, but when I went, I loved it. After about eight games, our team got banned for fighting and then I went playing for the men’s team.”

Enjoying life with local club Bristol, how Maggs came to the attention of the Irish set-up is a tale of both fortune and timing.

“I was never aware of any programme to play for the Ireland under-18s or anything like that,” he said.

“I never considered myself to be at that level, to be honest. After getting into the Bristol first team, I sat down with Ralph Knibbs and he asked me what my aspirations were. I let him know that my grandfather was from Limerick and it went from there. Brian Ashton (then Ireland coach) was over to watch David Corkery against Sale and then I was put on the development tour to New Zealand for five weeks.” 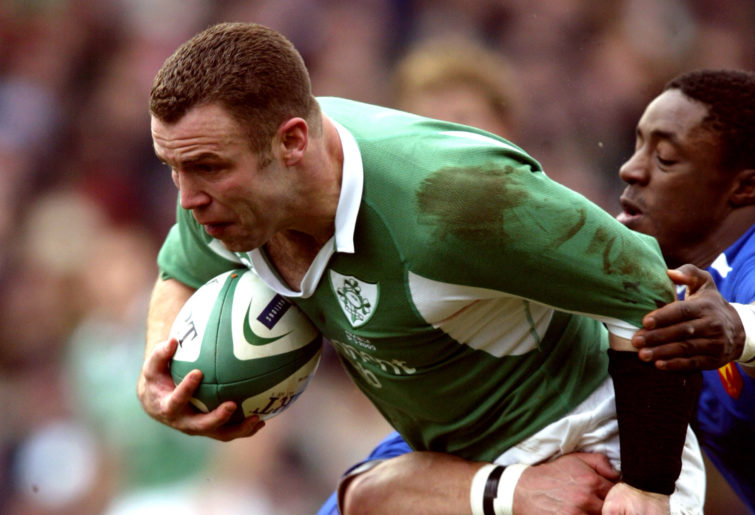 Maggs went on to earn his first full international cap in late 1997, coming on as a substitute in a 63-15 reverse against the formidable All Blacks at Lansdowne Road.

“I was petrified because of the whole occasion and some of the biggest names on the international stage in the New Zealand team. Even before that, I was warming up in my tracksuit and jogged past Jonah Lomu, who wasn’t playing, but on the tour with them and I was like: ‘Oh my God, he’s enormous.’ To say that I was crapping it is an understatement.”

While on the books of Bath, Maggs featured in two Rugby World Cups for Ireland – 1999 and the 2003 tournament held in Australia.

“We played in Lansdowne Road and then went to Lens, to play Argentina. The whole trip was a nightmare. I’m not making excuses because we were beaten fairly and squarely, but our travel was disrupted, the food was awful… It was carnage.

“Due to this, we never prepared properly prior to that game and I definitely think all that played a part in our exit. Australia then was an unbelievable experience. The buzz everywhere we went, we had thousands of supporters all out to watch us and cheer us on.

“Our hotel lobbies on match days were just phenomenal. It’s just a pity the way it ended against France, as I think we were a little starstruck. We knew exactly what they were going to do, but we didn’t start playing until the second half, which was too little, too late. We also could have avoided all that if we’d beaten Australia in the pool stages.”

The centre’s club career also took in Ulster (where he won the 2006 Celtic League), a return to Bristol, then Rotherham Titans and Moseley, but ultimately Maggs is best remembered for his long-standing partnership in the middle for Ireland with Brian O’Driscoll.

“Brian had all the subtlety and skills, but it was just a good combination we had,” he said.

“We could read each other well and keep the opposition guessing what we were doing. It was a pleasure to play alongside him and be a part of that group.”

Back to the present and Maggs is in the unique position as the IRFU’s IQ rugby regional talent ID coach, enabling those based in the UK to pursue ambitions of representing Ireland, just as he has.

“My job is to identify, develop and support Irish-qualified rugby players, if they have the ability and potential to go further,” he said.

“In lots of ways, I’m looking for similar players to myself. If they’re good enough to play in the underage pathway and hopefully go on to pull on the green jersey… that would be the ideal scenario. We’ve had around 16 players in the under-18s and some of those lads have moved to Ireland, to play for the provinces, which is a testament to them.

“The provinces have really helped us by taking in this exiled talent, who could just as easily be in Australia or wherever and not be aware of the opportunities and possibilities of maybe later representing Ireland.”