Kevin Walters has coached the Brisbane Broncos for a total of five first-grade games.

Is he a better choice than Anthony Seibold? For sure. Absolutely.

Seibold’s appointment as coach of the Brisbane Broncos was a massive mistake. The club has never been on the bottom of the ladder and he was directly responsible for them taking the wooden spoon in 2020. The data is in: it was a disaster.

He also was the recipient of a massive payout when his position was terminated. Was he pushed or did he fall? The writing was surely on the wall. His resignation was certainly well received and it was accepted.

The damage was done. He had lost the dressing room, the fans and even the confidence of the board. It will be a long time before he is coaching again. It will never again be at the Broncos.

Reportedly he had a complex coaching technique. Similar to American gridiron, there was an attacking play for every part of the field. The players were willing but disoriented and disillusioned with the detail.

Walters has a much simpler coaching style. The players understand what their role is and he has worked extremely hard to make each player know their role and collectively as a team they engage his style and it is evident the team enjoys his passion. 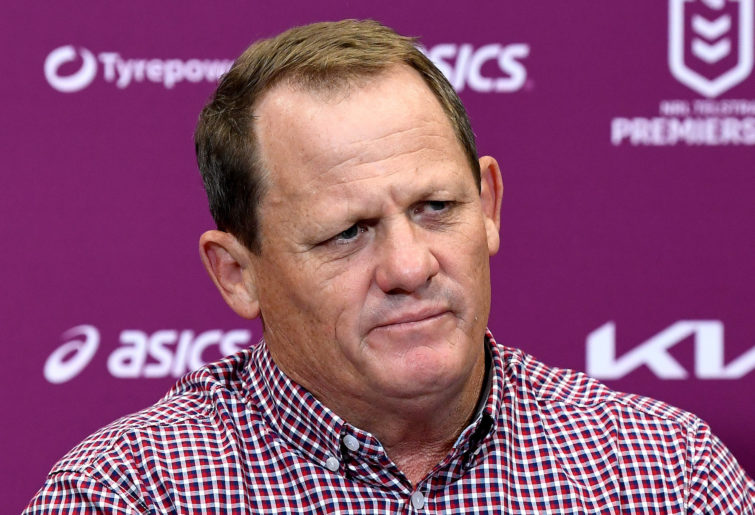 Five games into his NRL coaching career, Walters is on the cusp of making some hard decisions in team selection. It’s well noted that the halves are not up to the standard required. There are some decisions to be made in the coming rounds.

He has an outstanding resume as a player with six premierships. He has been an assistant coach at the Storm, as well as head coach of the Catalan Dragons in the Super League and the Ipswich Jets in the Queensland Cup. He has also been the Queensland State of Origin coach and has enjoyed great success.

So the runs are not yet on the board. Let’s not forget Walters inherited the team who won the wooden spoon in 2020. There were few additions to the roster in 2021 so the players themselves must grow and lift in order to get the results.

There are some very positive signs for the Broncos. Xavier Coates is a young gun. He is very athletic, has speed to burn and is great under the high ball. He has played just 20 first-grade games and is only 20 years of age.

Herbie Farnworth is also an exciting young prospect. An English import, he is extremely quick and can turn nothing into something and regularly makes good metres. The 21-year-old has played 25 games.

Jake Turpin has put on some size during the off-season. I have been impressed by his defence in 2021. He puts his body in front of attacking players and also gives great service from dummy half. He is a real emerging talent that doesn’t get much of a mention in a losing team. The 24-year-old has had only 28 appearances.

Payne Haas has been touted as a future superstar. He is deceptively quick for a big man. He is strong in attack and defence and has a speedy play the ball. He regularly bends the opposition defensive line back and has plenty of post-contact metres. The 21-year-old has played 43 games.

Kotoni Staggs is another emerging talent. Currently rehabilitating an ACL rupture, the team can’t wait to have this damaging ball runner back. He has a powerful swerve and shrugs off would-be tacklers at ease. He has been unearthed as a potential five-eighth. This 22-year-old has played 47 games for the Broncos.

Jordan Riki is 21, Jamayne Isaako is 24, Tevita Pangai is 25, and Thomas Flegler is 21. They are all quality players that can be moulded into a real force.

This illustrates the youth and the talent the Brisbane Broncos have on the books. If they can retain the best of the young talent and continue to develop their skills and attitude, there is a lot of upside.

The 2022 Broncos team will have some new names and faces. The recruitment of two key players could be the difference in making finals footy going forward.

The coach will be into his second season and will be much better for it. He will continue to surround himself with outstanding coaching staff and key figures in the Broncos’ history in order to develop a winning culture.