Traditionally, the role of Australian cricket captain has been considered second most important job only to that of the Prime Minister. For much of John Howard’s prime-ministership, Steve Waugh had the second-most important job in the land.

So, what makes a good leader – and subsequently a good captain?

A good leader inspires people. Traditionally, cricket captains have been the best player to inspire people on the team. Often, they are the best player, but sometimes they are not.

They are the ones who can lift and inspire their team by playing a gritty innings, by taking a key wicket, by taking a catch that few others would have caught and through their actions they cause others to want to aspire to them.

Captains know what to say and when to say it to draw the best out of their team.

A good leader should be tactically astute. A good leader knows the ins and outs of the game be it in sales, politics or sports.

Traditionally, Australian cricket captains have fulfilled all these roles. They have been an inspiring figure with their performances (take Sir Donald Bradman as an example), have been tactically astute (Michael Clarke and Steve Waugh spring to mind) and have had a good leadership team (the golden era under Waugh and Ricky Ponting).

I want to look at some captaincy options and evaluate each of them for suitability.

There are three main captaincy options that could work.

1. Steve Smith as a “temporary” captain to fill in for 12 months while another person is groomed to replace him.
2. Pat Cummins, as current vice-captain, to step into the role immediately upon Tim Paine’s retirement, despite his lack of experience, with Marnus Labuschagne as his vice-captain.
3. Another person from the outside to step into the side to lead temporarily in similar circumstances to Bob Simpson in the 1970s.

The first option has the advantage of experience. Smith has been there and done it before. 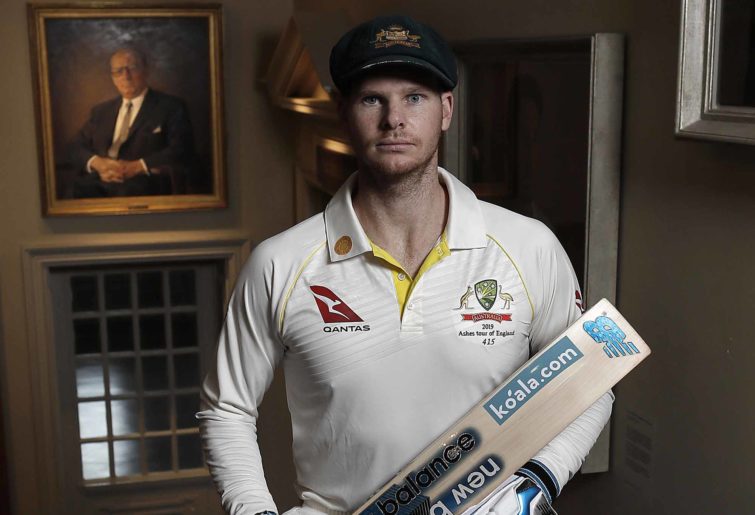 If nothing else, he would serve as a competent captain, and with the likes of Pat Cummins or Marnus Labuschagne as his deputy, he could fill in for, say, two years at most before stepping down to serve as a senior member of the leadership team in a Cummins or Labuschagne captaincy.

Labuschagne is rapidly becoming well-known for his prolific run-scoring ability, and his most recent 192 against New South Wales in the Shield final was another epic reminder of this ability. He is also a keen student of the game and is always keen to learn and develop more.

He would help Cummins to think through the nuances of the game while Cummins would serve as a calming agent for Marnus. It would also have a little State of Origin feel to it as well.

The third option has the advantage of bringing in an entirely new voice and direction for the national squad. The problem is, who would come in? The only previous captain who might serve, based on age, is Michael Clarke, but as was already established, his man-management skills were not great. This is the least attractive of the three options.

Therefore, based on the lack of options, I think Pat Cummins as the next Australian captain supported by Marnus Labuschagne as vice-captain is the way forward.

Cummins has shown some understanding of tactics in his limited captaincy appearances for the New South Wales Blues and is a well-respected leader in the bowling group.