Scott Bailey
9th May, 2021
34
Join the conversation
Advertisement
Write for The Roar

Disappointed Brisbane coach Kevin Walters on Sunday confirmed the winger’s impending exit, with the 20-year-old to head south at the end of the season.

As recently as Friday, Walters was adamant the Queensland State of Origin representative would be remaining at Red Hill.

But any late hope of that vanished in the sheds after the Broncos’ 19-18 loss to North Queensland.

“Everyone is really aware of his talents.

“He’s a young guy that’s been in our system for three or four years now and to lose him, it’s not great, I’ve got to say, for the Broncos.

“We respect his decision to move on.”

But while once renowned as the club where wanted players would never leave, this is clearly no longer the case. 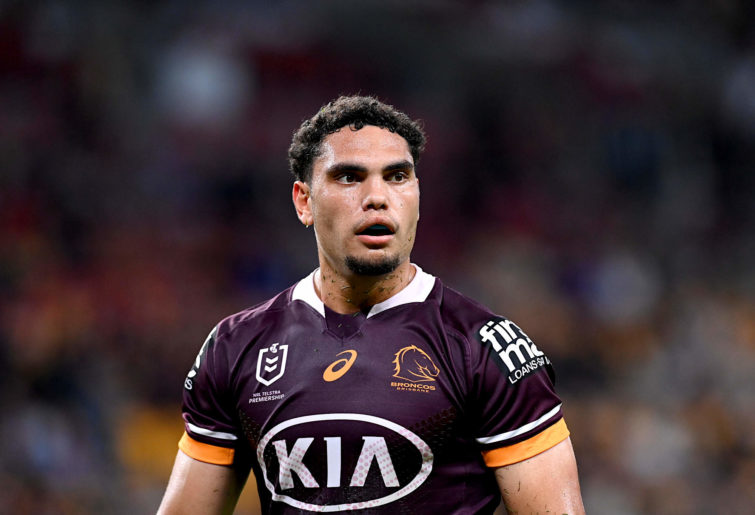 Xavier Coates of the Broncos. (Photo by Bradley Kanaris/Getty Images)

They were blown out of the water by Gold Coast last year when they lost David Fifita to the Titans, having since continued as a powerhouse there.

Rising young gun Reece Walsh also made the call to head to the Warriors earlier this year, having since starred in his early first grade games.

Brisbane have also struggled to replace Ben Hunt since his exit at the end of 2017, while they once banked on Tom Dearden but didn’t offer him a deal before North Queensland swooped him up.

Sam Walker is another young Brisbane junior who has made his name at the Sydney Roosters after moving south as a teen, while the club have also lost battles to keep Jai Arrow and Ash Taylor in the past five years.

“Xavier was an important part of our future here at the Broncos,” Walters said on Sunday.

“He was one of the guys that we were really keen to hang on to and be a long-term player here.

“Xavier has already shown he is one of the best young wingers in the game,” Melbourne’s football manager Frank Ponissi said, after they beat out intense interest from Gold Coast for Coates’ services.

“At just 20 years of age there is still plenty more he can achieve and develop in his game.”