They have been successful in recruiting some of the most sought-after players on the market, in no small way due to incoming rookie coach Craig Fitzgibbon and his vision.

This week they added Dale Finucane, who brings experience and strong leadership to a talented, developing pack, which has been missing after Paul Gallen’s retirement.

Cameron McInnes comes in also as an experienced dummy-half and lock forward, which could be a key to how their spine is built.

Nicho Hynes is the other big recruit, who has been recruited to be one of the first-choice halves. 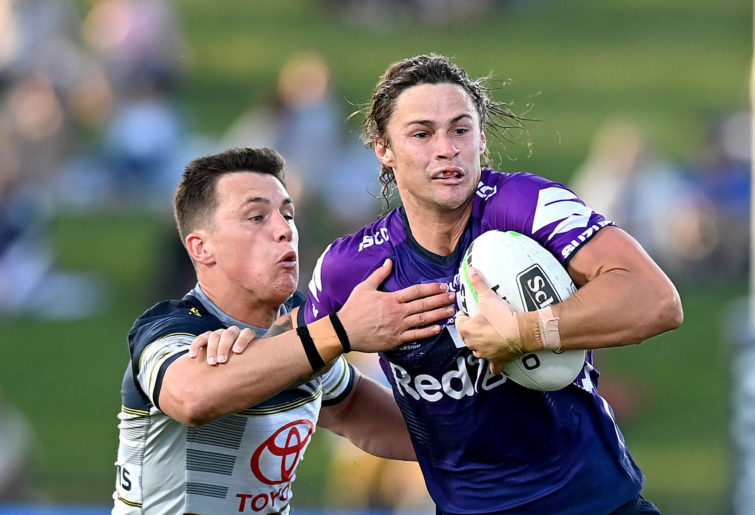 The majority of Hynes’ playing time in top grade has been at fullback, filling in at times at 14 or in the halves. Though he has also played in the halves in reserve grade, it will take time to build and strengthen his game in that role at a new club, system and style of playing.

Hynes has been in red hot form this season as a fullback replacement for Ryan Papenhuyzen. His running and playing style look best suited to being a five-eighth and second receiver, linking up with Will Kennedy at the back.

This leaves the number seven role with a big question mark.

With veterans Chad Townsend and Shaun Johnson leaving, the only proper halfback remaining is rookie Braydon Trindall, who re-signed this season.

They have also decided to re-sign Matt Moylan for one more year, who is now a permanent five-eighth. The other halfback in the squad is utility Connor Tracey, who is also a running five-eighth but hasn’t been given many opportunities in the halves.

Rumours have linked Luke Brooks and Kyle Flanagan, which suggests the Shire club are still looking for a proper number seven to partner Hynes.

They missed out on Adam Reynolds and Aidan Sezer, who were the top in-form, experienced sevens on the market. What’s left are halfbacks who have been struggling to keep their positions in top grade, such as Anthony Milford and Ash Taylor.

If they see Trindall and Tracey as future halves, but are still in development stages, they need to sign an experienced halfback to fill that gap.

He would have to be a game manager and a good kicker, so that all the pressure is not on Hynes while he’s finding his feet, and Moylan isn’t known for his game management.

An option could be bringing Albert Kelly back to the Shire. Kelly, a proper seven who can also play six, has plenty of experience. His return to the NRL has been positive, showing he still has a lot to offer. A deal as the Sharks’ seven may appeal to him, seeing that he could be stuck behind others at the Broncos.

The other candidate who may fit is unwanted Bulldog Lachlan Lewis.

A tough competitor who has a lot of potential with his strong running, good kicking game and solid defence, Lewis is 24 and coming to the age of maturity for halfbacks.

With good coaching, mentors and a strong playing group around him, a confident, mature Lewis could be the missing piece.

Either way, it’s the number seven jersey that will determine if the Sharks are serious title contenders.

With the new signings and retaining their promising players that have come through together, they now have a window for a title shot in the next three years.