On Sunday morning Toulouse Olympique, the ‘Spacers’ – Toulouse is a hub of France’s aerospace industry – beat Batley 51-12 and qualified for their own grand final, the ‘million-pound game’. in which they’ll play Featherstone for a spot in next year’s Super League.

Most rugby league supporters know something of the game’s tortured history in France.

Rugby league’s meteoric rise in the 1930s was followed by a forcible and acrimonious merger with rugby union and even a short-lived official ban during World War II.

Somehow the game emerged from the war in rude health. The national team won consecutive Test series away against Australia in 1951 and 1955.

But the damage done during the war years eventually took its toll. A new generation to replace the great team of the early 1950s never emerged, and rugby league didn’t recover. The top rugby league clubs became retirement villages for overseas players and the national team became whipping boys.

Now, after decades of decline, something’s afoot in rugby league, and it’s not just Catalans and Toulouse.

Given how far rugby league has fallen behind, the chances of a return to former glories are slim at best. But even with fierce competition for young talent from football and rugby union, a country of more than 65 million people should be more successful.

Next season Catalans Dragons could be the defending Super League champion and playing local derbies against Toulouse.

Catalans are starting to fulfil their mission of providing opportunities for local players to compete at the elite level. Mourgue, Fouad Yaha, Julian Bousquet, Ben Garcia, Benjamin Jullien and other locals are regular starters for the Dragons.

One is concerned about what exactly they might be learning from Maloney, rugby league’s consummate agent provocateur. For all his pestilence, Maloney should leave a positive legacy, especially with the news he plans to play on with FC Lezignan next season. 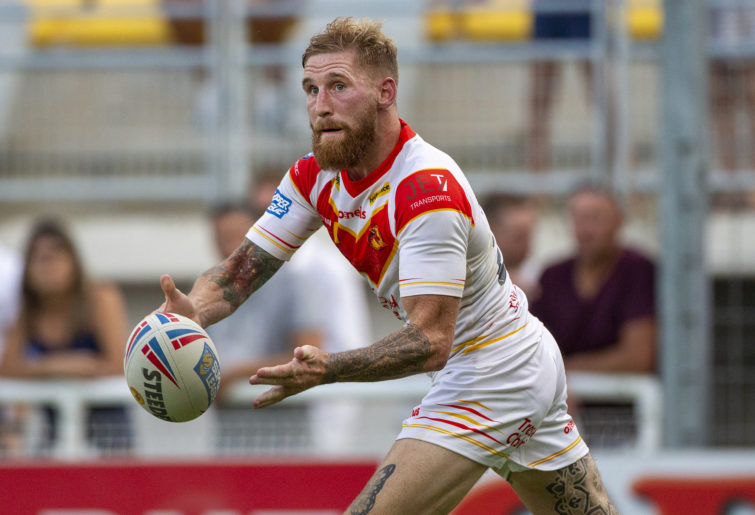 Elsewhere, St Helens halfback Theo Fages is among the best in Super League. Morgan Escare is yet to live up to his considerable potential, primarily due to injury, but he’s still going around at Salford. The very talented but enigmatic Tony Gigot can’t seem to stay at any one club for more than five minutes but remains in demand.

The French national team isn’t about to do a Tonga and start knocking off Tier 1 nations. However, on paper – where else is international league played these days? – they’re not the hapless pushovers we’ve come to lament and who Australia haven’t even deigned to play outside a major tournament since 2005.

Beyond this, there are more questions than answers about the future of rugby league. Many of these questions revolve around Trent Robinson and Arthur Mourgue.

Earlier this year the federation hired the market research firm Institut Francais d’Opinion Publique (IFOP) to gauge public interest in rugby league and the 2025 World Cup. IFOP found that 31 per cent of French people aged 18 and over (more than 15 million people) were very interested or somewhat interested in rugby league, a level equivalent to that of football.

The data is based on a small sample and skewed toward rugby league’s heartlands in the south. It should be taken with several grains of salt.

But even if one assumes that the reported level of interest in rugby league is overestimated by 30 per cent or even 50 per cent, it’s still a healthy number.

While the data’s a bit sketchy, we could be talking about somewhere between 12 per cent and 16 per cent of the total population – a strong base to build on.

By comparison, Roy Morgan found that the number of people who watched the NRL in Australia during 2020 was a bit over 4.2 million, approximately 16.3 per cent of the total population.

The 2025 World Cup, likely to be hosted by France, should benefit the game, but as always, it’s hard to predict how and how much. There’s very little reliable information about the benefits of previous rugby league world cups in terms of participation and audience engagement.

Analysis by Deloitte following the 2007 rugby union world cup in France found, among other things, that there was a 28 per cent increase in the number of registered rugby players in France in the following year. Yes, it’s comparing different coloured apples, but it’s a tantalising figure.

The success of Catalans, Toulouse and French players elsewhere will benefit the national team. If they can get on the field against Tier 1 opponents between now and 2025 – there is a Test against England scheduled later this month – they might do well and win new admirers at France 2025. It doesn’t hurt to have somebody like Robinson around to apply extra polish.

Finally, what does Arthur Mourgue mean in the broader scheme of things?

One should be cautious with young talent. I’m trying. He’s not the new Puig Aubert. Yet.

Those who’ve seen Mourgue play might have been reminded of a young Ben Barba. He really does look that good.

Whether Mourgue is an indicator of improvement in talent identification, attraction and development remains to be seen. He’s probably a one-off, or maybe some of the most talented French kids are choosing rugby league over union and football.

Stranger things have happened. Like France going from nothing to the best team in the world in under two decades despite being ruthlessly sabotaged by Nazi collaborators and vengeful rugby union officials before fading into decades of decline, with a potential re-emergence foreshadowed by France’s top club winning the English Challenge Cup and maybe the English Super League.