Farrell starts at No.10 as injury delays Eddie's master plan, while ex-Wallaby debuts for Tonga

England’s plan of pairing Marcus Smith and Owen Farrell in a playmaking axis against Tonga on Sunday (AEDT) has been delayed by the young Harlequins sensation’s leg injury.

Coach Eddie Jones had intended to pick Smith at fly-half for the Autumn Nations Series opener at Twickenham but with his training severely limited by the unspecified problem, he is forced to settle for a bench role.

Instead, Farrell will act as ringmaster in his first start in the position since facing Scotland in February, four Tests ago.

Eddie Jones has named his team for this weekend’s Test match against Tonga.

It is a frustrating development that a 22-year-old seen as England’s most likely general for the 2023 World Cup will be limited to a cameo role only, but Jones insists he will be on the pitch against Tonga at some point.

“Marcus hasn’t been able to train,” Jones said. “He just did some light training today (Thursday) and we anticipate he’s going to be able to train fully tomorrow.

“Therefore we decided to start with Owen and Marcus will finish for us.”

Including Tests for the Lions, Farrell will be winning his 100th cap and has the reassuring physical presence of Manu Tuilagi at inside centre as the destructive centre returns after an 18-month international hiatus caused by injury.

While Smith is unable to make the starting XV, fellow prospects Adam Radwan and Freddie Steward will continue their development in the back three after making debuts in the July romps against the USA and Canada.

Radwan, regarded as the fastest player in English rugby, features on the right wing after scoring a hat-trick in his only previous Test and Steward has overcome his own leg problem to feature at full-back.

It will be their first outings before a full-house at Twickenham and Jones has urged them to deliver on the promise shown in the Gallagher Premiership.

Jones said: “It’s what they expect from themselves that’s the really important thing. We want trademark games out of them.

“To play with a lot of effort and a lot of control and we want them, if they get the opportunity, to bring their special talents to the game.

“Both are coming through a summer series, have been back to their clubs, played well and then come into the more senior squad and continued to impress.

“Freddie’s a similar sort of player to Mike Brown, but a much taller version. Courageous in the air and good work rate around the field.

“Goodness me, if he can be as good as Mike Brown he’s going to be a good player.”

Ellis Genge is preferred to Joe Marler at loosehead prop and Tom Curry is given the number eight jersey ahead of Alex Dombrandt, who is present alongside fellow Harlequins rising star Smith on the bench.

Curry made four starts at number eight during the 2020 Six Nations and never fully convinced in the position as England searched for an alternative to the injured Billy Vunipola, who is now fit but out of favour.

“Since he first came into the squad in 2017, when he came in mainly as a defensive player, he’s evolved his game to include some running skills, passing skills and some linkage skills more importantly,” Jones said.

“Courtney is a pretty strong ball runner and Underhill is strong over the ball, so it will give Tom the chance to mix his game between running and linking and his defensive work. He’s got the ability to do that.

“There are two players in the world similar in that aspect – him and Ardie Savea. They’re both natural sevens but have got the capacity to be outstanding eights because they have the ability to carry the ball, to link and still do the defensive work.”

The Toulon forward, who last played for Australia in 2017, will make his debut for the ‘Ikale Tahi on the blindside flank.

Former New Zealand and Tonga rugby league international Solomone Kata has been named to start on the left wing, while Perpignan midfielder Afusipa Taumoepeau gets the nod at No.12.

Timani and Taumoepeau – a former Australian sevens international – both qualified to represent the ‘Ikale Tahi after playing for the kingdom at the Olympic sevens repechage tournament in June.

Head Coach Toutai Kefu said he opted for an experienced team to complement the three newcomers.

“This is another important step on our voyage to the Rugby World Cup 2023,” he said.

“After a solid showing against England at the RWC in 2019, the whole squad is excited to play England in Twickenham.”

Tonga have made eight changes in all to their starting fifteen from the side thrashed 60-14 by Scotland last weekend.

Telusa Veainu starts at fullback in his first test since the 2019 Rugby World Cup.

There’s also a couple of positional changes, with Tanginoa Halaifonua moving from blindside flanker to lock and Walter Fifita swapping from the right wing to the left, while Ma’afu Fia, Leon Fukofuka and Viliami Fine come onto the bench.

Nic Dolly's hopes of representing England against the Wallabies have been dashed by a gruesome knee injury. 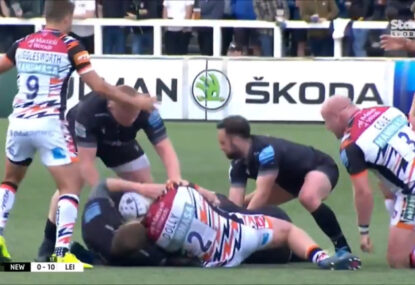 Australian-born Nic Dolly's hopes of lining up for England against the Wallabies in July have been dashed with the hooker suffering a serious knee injury. 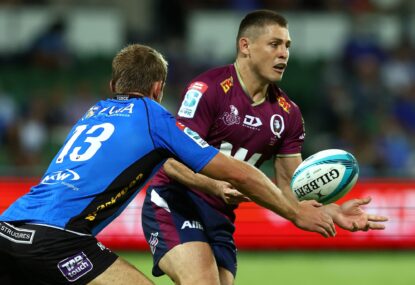 Get your questions in for the May instalment of Coach's Corner 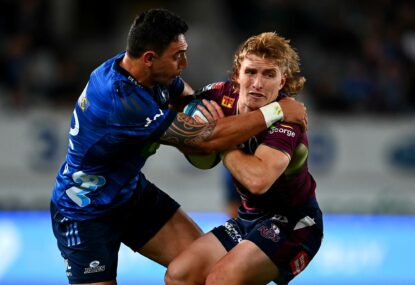 Get your questions in for the May instalment of Coach's Corner

As they say in the classics, it’s been one hell of a week. Turns out Craig Kelly didn’t become prime minister after all; old…

With just one weekend left before finals in the Super Rugby Pacific competition, the top eight is almost set but the jostling for positions… 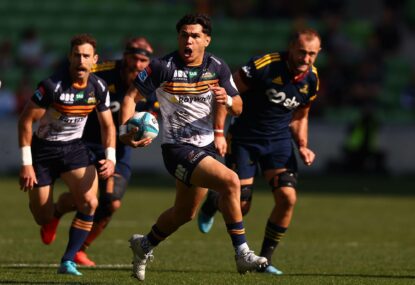 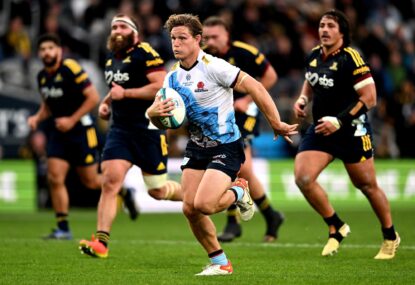