Towering lock Rory Arnold says he has more to offer the Wallabies in his second coming as a Test player after being named to start against Scotland on Monday (AEDT).

Arnold will make his first appearance for the Wallabies since their quarter-final World Cup exit in 2019, when he shifted his career off-shore to France.

Big body Will Skelton and versatile veteran Kurtley Beale have been included on the bench for the Murrayfield Test.

Arnold felt “bad” about being jettisoned into the starting team at the expense of squad members such as Matt Philip and Darcy Swain, although his new teammates had been nothing but welcoming.

“I’m rooming with Darcy (Swain) and know all the locks here well.

“They’ve been very helpful with going over lineouts and what I need to get my head around.”

The 31-year-old said being part of the French powerhouse club developed his mental skills as well as rugby assets. 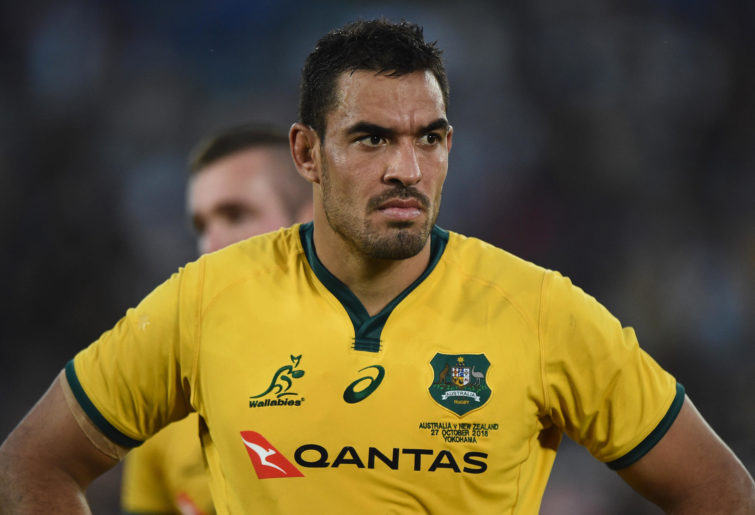 Can the Wallabies turn it around against the Pumas? (Photo by Matt Roberts/Getty Images)

“They do things a bit differently in Europe and playing in some big games up there and just understanding, with some moments around set piece are so vital,” Arnold said.

“I’ve learnt how to control my emotions better and how to settle into games a bit better.”

Arnold said when he walked away from the Wallabies he thought his Test career was “done and dusted,” so was excited when coach Dave Rennie came calling. He was almost part of the Rugby Championship in 2020 but suffered an untimely broken arm.

“I absolutely didn’t think I would be back as I didn’t fit the 60-cap criteria.

“I thought I was finishing my Wallabies career then … it’s pretty surreal, and good to be back in the environment.

“There’s a good vibe in the group at the moment and I’m happy and glad to be part of it.”

He said decisions on his eligibility would come from Rugby Australia but he would always make himself available.

“I’ll always put my hand up to pull the jersey on but those things are up to the people above me and we’ll see what happens.”