His win percentage in all his internationals for England is an impressive 78% but in Tests against Australia, it’s 100% – seven wins, seven victories.

The most extraordinary thing, though, has been the emphatic nature of those wins, with the average score over the seven encounters being 36-19.

Now, going into Sunday’s (AEDT) Test at Twickenham, Wallabies’ coach Dave Rennie will have his chance to consign the wretched five-year record of the Jones vs Michael Cheika era to history.

Jones, in his first Test coaching against his home country, pumped up his team before the match by showing them videos of the infamous 1932-33 ‘Bodyline’ Ashes series and then watched his side equal their biggest-ever margin of victory on Australian soil after recovering from conceding early tries to Michael Hooper and Israel Folau. Owen Farrell made the difference, earning 24 points with the boot. 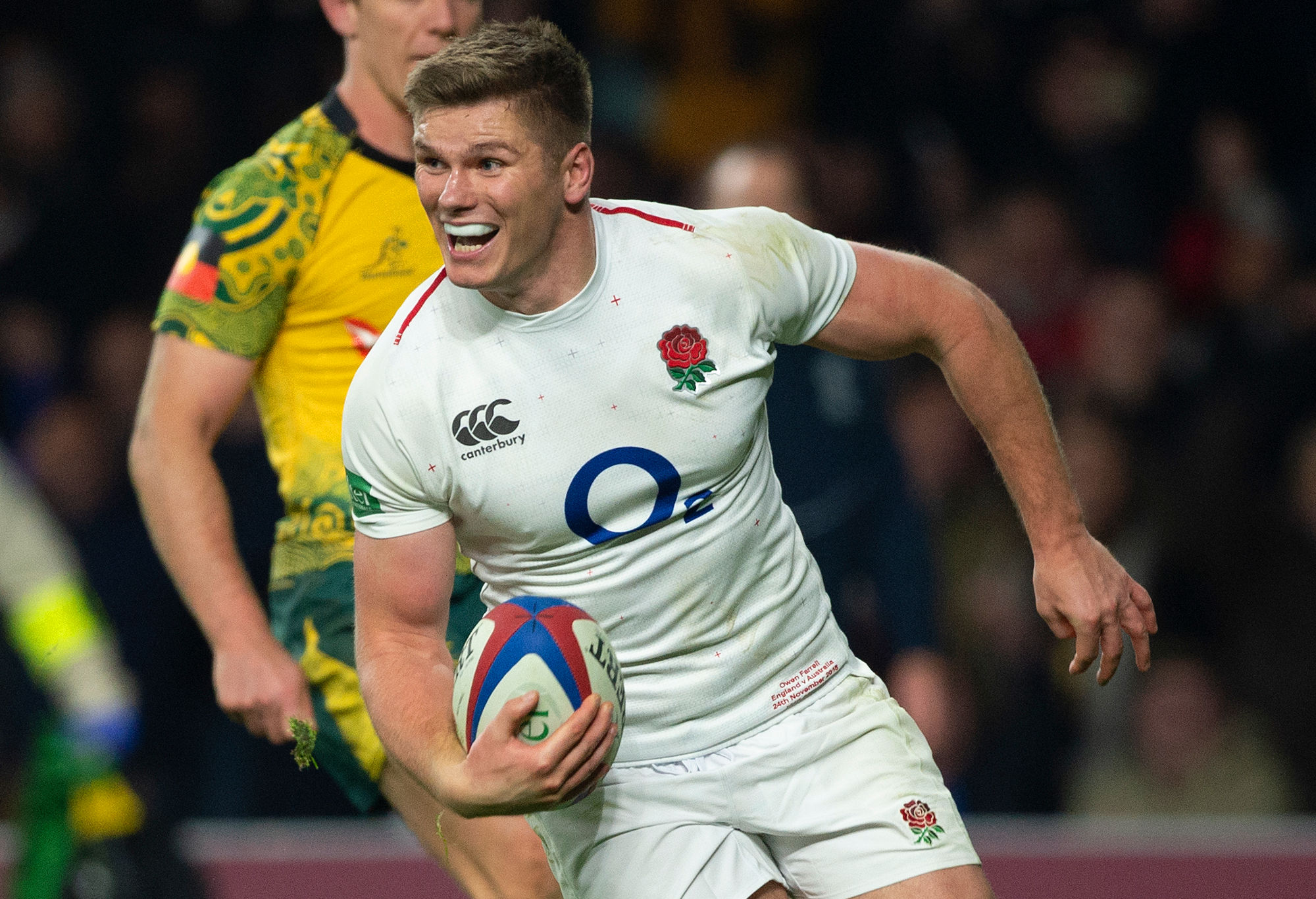 Owen Farrell runs in to score for England during the Quilter International match between England and Australia at Twickenham Stadium on November 24, 2018 in London, United Kingdom. (Photo by Visionhaus/Getty Images)

Jones’ men earned England’s biggest-ever win in Australia but had to put in one of the great defensive shifts in a rugby Tests to repel wave after wave of Wallaby attacks. Tries for captain Dylan Hartley and Farrell, who amassed 18 points, answered one from Australia captain Stephen Moore as England wrapped up the series win.

In one of the great Anglo-Aussie encounters, Dylan Hartley’s side conceded 40 points yet still won – just the fourth time that had happened in international rugby. Completing Australia’s worst home series drubbing since 1971, England were outscored five tries to four but Farrell scored 24 more points with the boot, converting 26 out of his 29 kicks at goal over the three games – and Jones couldn’t help smiling: “Being an Australian, I’m always grateful for what Australia have done for me – but it’s certainly nice beating them 3-0.”

At 16-13 down at halftime, with Sefanaia Naval having gone over for the Wallabies, Jones told his team they couldn’t play any worse – and he was right. They roared back in a cracking game with three second-half tries from Marland Yarde, Ben Youngs and Jonathan Joseph (his second of the match) to equal England’s best-ever Test-winning sequence of 14. “What time did England think kick off was?? .…” the watching Matt Giteau had crowed cheekily on Twitter when Australia had gone 10-0 up, only to later to have to send out a chastened follow-up: “I asked for this.. abuse is thick and fast”.

Michael Cheika, suffering a fifth successive beating from his old sparring partner, first raged but ended up cackling in despair at the number of marginal calls that had gone against his side as two sin-binnings and two disallowed tries for the Wallabies came amid a four-tries-to-nil drubbing from England – their biggest-ever margin of victory over Australia in 108 years of the rivalry.

At 13-13 at halftime, there was everything to play for until England crushed an enfeebled Australian side with their second-half blitz, finally scoring four tries to Israel Folau’s pair. Once again, Farrell made the difference for England, scoring a try amid his 22 point haul, although he did manage to escape a sin-binning and to avoid giving away a penalty try before halftime when he piled in with a shoulder barge on Izack Rodda.

The biggest clash in Jones’ reign at the time saw him leave an emotional Cheika a broken-looking figure after England proved dominant yet again. Twofirst-half tries in three minutes from Jonny May on his 50th cap helped establish a 17-9 halftime lead before a dazzling score from Marika Koroibete brought the Wallabies to within a point, only for Kyle Sinckler and Anthony Watson to offer the knockout tries along with another 20-point haul from Farrell.