The signing of Eels back-rower Marata Niukore on a four-year deal starting in 2023, announced by the club on Thursday, is the latest addition to what is becoming an elite squad.

And while the New Zealand team have made the finals just once in the past 10 years, finishing no higher than eighth, there were signs of a resurgence under coach Nathan Brown.

What they’ve lacked, however, is consistent game management. That was glaringly obvious this year as they lost nine matches by eight points or fewer – including three by a solitary field goal.

But with a matured Shaun Johnson returning to the club, having been there when they reached the 2011 grand final, expect the Warriors to close out a lot more tight contests.

Injuries restricted Johnson to only 10 matches in his farewell campaign for Cronulla, but he arguably enjoyed his best NRL season in 2020, leading the league for try assists (23 in 16 games according to NRL Stats).

If not for an Achilles injury, Johnson was in the type of form that could have propelled the Sharks deep into the playoffs that year. Without him, they exited in the first week to Canberra.

It was Johnson’s improved composure and playmaking direction that convinced the Warriors to sign the 31-year-old after they initially showed little interest in a reunion.

During a couple of media conferences, coach Brown marvelled at how Johnson kicked the Warriors to death in Cronulla’s 20-12 win in round 17 this year with the halfback forcing five drop-outs.

After a year away from the coaching set-up, the great Stacey Jones will replace Craig Hodges – who is now the general manager of football – as an assistant to Brown. The outstanding former halfback will no doubt work closely with Johnson and the other halves.

The prospect of Johnson combining with teenage fullback Reece Walsh is exceptionally exciting. In just 16 NRL games, Walsh has already become a household name in the league world.

The 18-year-old was on track to make his Queensland Origin debut after only seven top-grade appearances before a hamstring injury cruelled his dream.

Sure, there is still plenty for Walsh to improve – and Brown was always mindful of tempering expectations for the young gun after his mid-year switch from the Broncos – but imagine what he can do with a full pre-season as a Warrior. 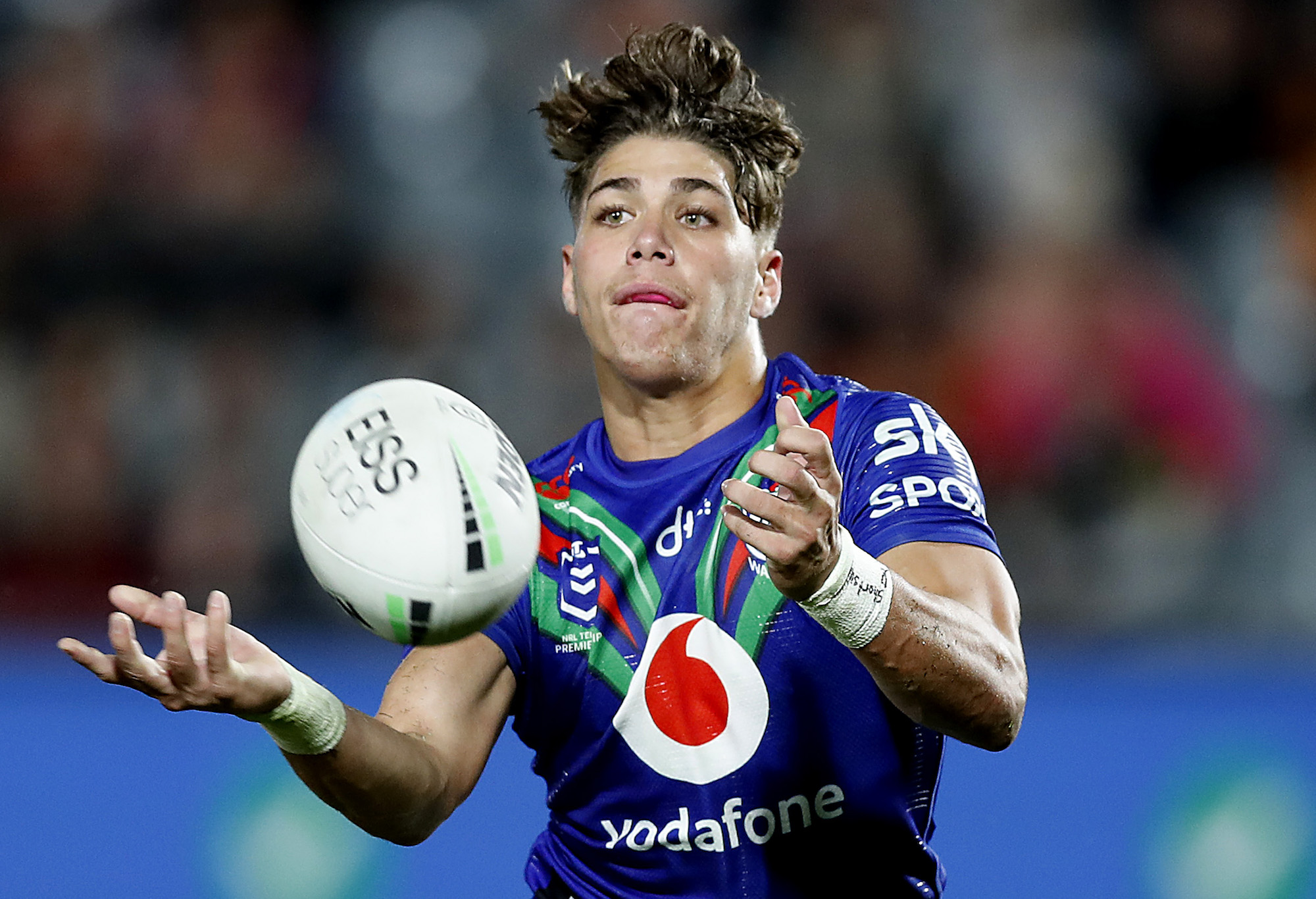 There’s no shortage of other talent in their ranks. Euan Aitken was once on the verge of NSW Origin selection at centre, but the former Dragon looked even more dangerous when shifted to the second row late in the season.

Meanwhile, ex-Kiwis captain Dallin Watene-Zelezniak found his feet after moving from the Bulldogs and the winger, like Walsh, will benefit tremendously from slogging it out with the team in the summer months.

Youngsters such as Edward Kosi, Tom Ale and Rocco Berry, the son of former All Black Marty, are highly rated and will grow from being thrown in the deep end.

Prop Aaron Pene, who has joined from the Storm, will be determined to secure a regular first-grade berth and may well prove an astute pick-up.

Although the Warriors were undoubtedly their own worst enemy in 2021, they also battled a steep injury toll. It got to the point that rival teams were offering loan players near the end of the season, but Brown wanted his youth to learn on the run.

Forward leaders Fonua-Blake and Harris, emerging playmaker Chanel Harris-Tavita and hooker Wayde Egan were among those to miss several weeks.

It’s only fair to cut the Warriors slack given that for two years they’ve essentially been living out of suitcases in Australia to keep the game going.

They’ll be based in Redcliffe for much of 2022, but five home matches at Mt Smart Stadium in Auckland are scheduled for the back-end of the season.

There’s no telling how big a boost it will be to have home support and the stability of consistently training and playing on home soil.

If the Warriors opt against re-signing any of the trio, it could free up funds to have a crack at luring one more big-name player for 2023.

With a return to hosting games in New Zealand on the horizon, as well as the nucleus of a very competitive squad with a mix of experience and uber-talented youth, it wouldn’t shock to see the Warriors break their premiership drought soon.

And considering the sacrifices they’ve made, it’d be a well-deserved triumph.