Doctor: You’ve got a broken finger.

Since the 2017 British and Irish Lions tour, the All Blacks have allowed themselves to fall foul of a classic misdiagnosis, which has driven them further and further away from the essence of their game, has seen physical performances continue to slide and culminated with a simply embarrassing fortnight at the end of this year’s end of year tour.

With the aid of every rugby reporter on the planet, repeating this go-to over and over, it became part its own ever more entrenched myth.

Every time they wobbled or lost, out came the same opening question: ‘you struggled against the rush defence today’.

Well guess what, everyone does.

This is how everyone plays and when World Rugby allowed unfettered slowing down of the rucks from 2017 to 2020, the game crawled to a halt, until that quite awful Autumn Nations Cup of 2020, which was the turning point and World Rugby turned to speeding up the rucks.

There was an expectation that the faster ruck speeds would play to New Zealand’s game style, and it has to some extent.

But if you cannot hold the ball for multiple phases nor keep pushing that gain line back, then that advantage is seriously nullified. 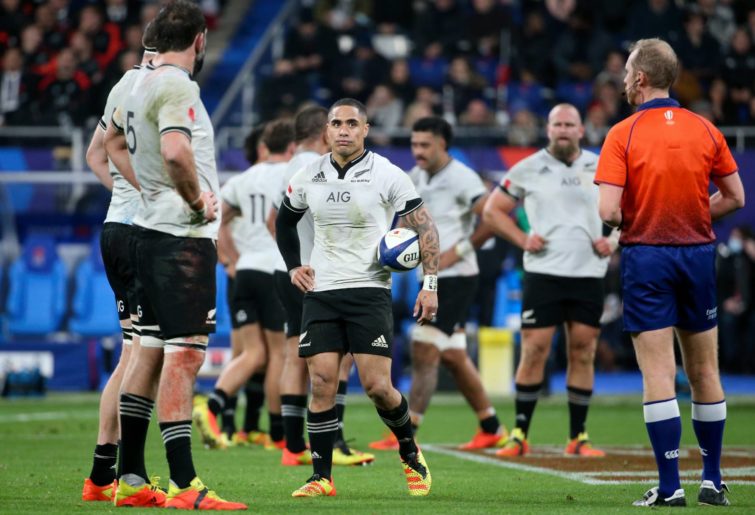 Let’s be quite clear, there is not a defence in the world that can continue to rush at you in coordinated fashion all day if the attacking side is taking that extra metre at every attacking ruck and dictating the speed the ball comes out, and this is where these All Blacks have got things massively wrong in recent years.

Instead of looking to the forwards, the offensive ruck, the narrow channel ball carrying and physicality of their tight five, they looked out the back for solutions. You are never going to find the correct answers if you start by looking in the wrong place.

Twin playmakers, people who runs sideways looking for gaps, attacking traits favoured over defensive ones, an offload strategy that produced handling errors and turnovers at ever increasing rates, all these became an increasing part of a compounding All Blacks problem, because they were focused on the symptom and not the cause.

Then the spiral of ‘how do our backs get around a rush defence’ took on a life of its own.

This is why the continuity appointment of Ian Foster has ultimately proven to be a fail – no new thinking for existing problems.

As an aside, a mate of mine noted the other day, when the All Blacks’ coach starts sounding like the head of human resources, you know we have a problem.

I can’t recall how many articles I have read on how the All Blacks haven’t solved the rush defence issue, yet the answer was there right at the very genesis.

In Test 1 of the British and Irish Lions tour in 2017, it was clear exactly how Warren Gatland’s team would tour with Andy Farrell coaching defence, and the All Blacks absolutely smashed it that day.

One off the ruck, playing off nine, Aaron Smith conducting like a maestro was superb, runner after runner made it over the advantage line and the famed Lions defence went backwards all day.

The All Blacks’ loose forwards ran for 90 metres with a further 40 from the second row, much of that one off the ruck.

It has been a long time since they have dominated like that at the gain line against a good side for as long as they did that day.

For the life of me, I cannot think why this was not the performance to build the entire Rugby World Cup cycle on, instead of the ever-increasing focus on the double-digit numbers.

It will forever remain one of the great rugby mysteries, because sure as hell there was no sense in abandoning it.

The France game at the weekend was a perfect in-game example of the two states.

In the first half, Mrs Highlander and I were nearly in new television territory as the commentary told me the two flankers (six/eight he meant) were out wide while the French cut a swathe through the middle of the ruck like so many have before them this year. 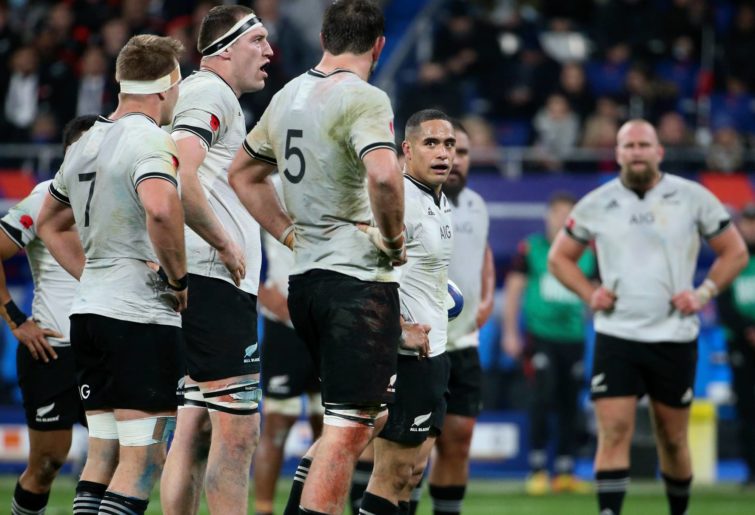 But for 20 minutes at the start of the second half it was a totally different game: everyone tight, playing off Smith, making the opposition commit.

It was route one stuff and les Bleus’ D line, which had been flying up in the opening stanza, all of a sudden didn’t look quite so flash going backwards.

And the tries not only flowed easily, but the entire dominance of the game had tilted.

It really was that simple. Then, off goes Aaron Smith, the lateral running begins again and three All Blacks can’t find a way to pin an opposition member behind his own goal line and win the scrum.

For the record, there was 20 to go and the score was 27-25 when that disaster occurred. Game gone, just like that.

As brilliant as that return was from Romain Ntamack, Brad Weber, Beauden Barrett and Richie Mo’unga should give themselves a good slap for that collective effort, and this from a nation famed for sheep dog trials.

So next time you are asked the question ‘why can’t the All Blacks handle a rush defence?’, forget the Beauden Barrett versus Richie Mo’unga comparisons for they are but a mere distraction.

The correct answer is because we have devalued winning and haven’t been able to win the gain line consistently and it has been slowly sliding for the last five years and no one wins without going forward first.