The Roar
10th May, 2022
21
Join the conversation
Advertisement
Write for The Roar

Essendon captain Dyson Heppell has lashed critics of the smiling Bombers, saying he will remain positive through the good times and the bad.

The Bombers produced a memorable win against-the-odds on Saturday night, coming from behind to defeat Hawthorn despite illness striking down a number of players ahead of the match.

In a post-game interview, Heppell told the club’s critics to “jam it” as Essendon kept their season alive by moving to 2-6.

Speaking on Tuesday ahead of his 200th game, the 29-year-old addressed the situation further.

St Kilda legend Nick Riewoldt was one commentator critical of how the Bombers had handled their disappointing start to 2022, arguing having fun at training was the “worst thing” a club in trouble can do.

“I heard it (the criticism) second-hand, I didn’t see much of it, but people send a couple of things through,” Heppell said.

“Genuine carry-on from a lot of people – are you going to tell your kids or wife to stop smiling because they have a bad day at work?

“I’m always an optimistic, positive type of bloke and I’m always going to come in as my authentic self and that’s enjoying my time here and celebrating my teammates, whether that’s in a win or a loss.

“You still get around teammates, you celebrate them and try to enjoy this environment and bounce back out of it.”

Jordan Ridley, Jake Kelly, Matt Guelfi, Alec Waterman and Sam Durham were all forced late changes against Hawthorn but Heppell is hopeful the illness had not spread further through the club.

Ruckman Sam Draper also admitted he was in doubt to face the Hawks and was not feeling his best during the contest.

West Coast coach Adam Simpson says the players caught up in the nightclub controversy need to earn back the trust of their teammates and the AFL club.

Seven players were each fined $5000, half of which was suspended, after breaking team guidelines by visiting a Perth nightclub during WA’s COVID-19 peak.

Defenders Jackson Nelson and Josh Rotham were the first ones to hit the headlines after being photographed at Leederville’s Hip-E club a day after West Coast lost to Richmond by 109 points.

Simpson said it was important for the club to move on from the saga.

“With the current environment and where we’re at, it’s just really poor judgement from those boys.

“They’ve got a bit of trust to earn back from the playing group and the club. 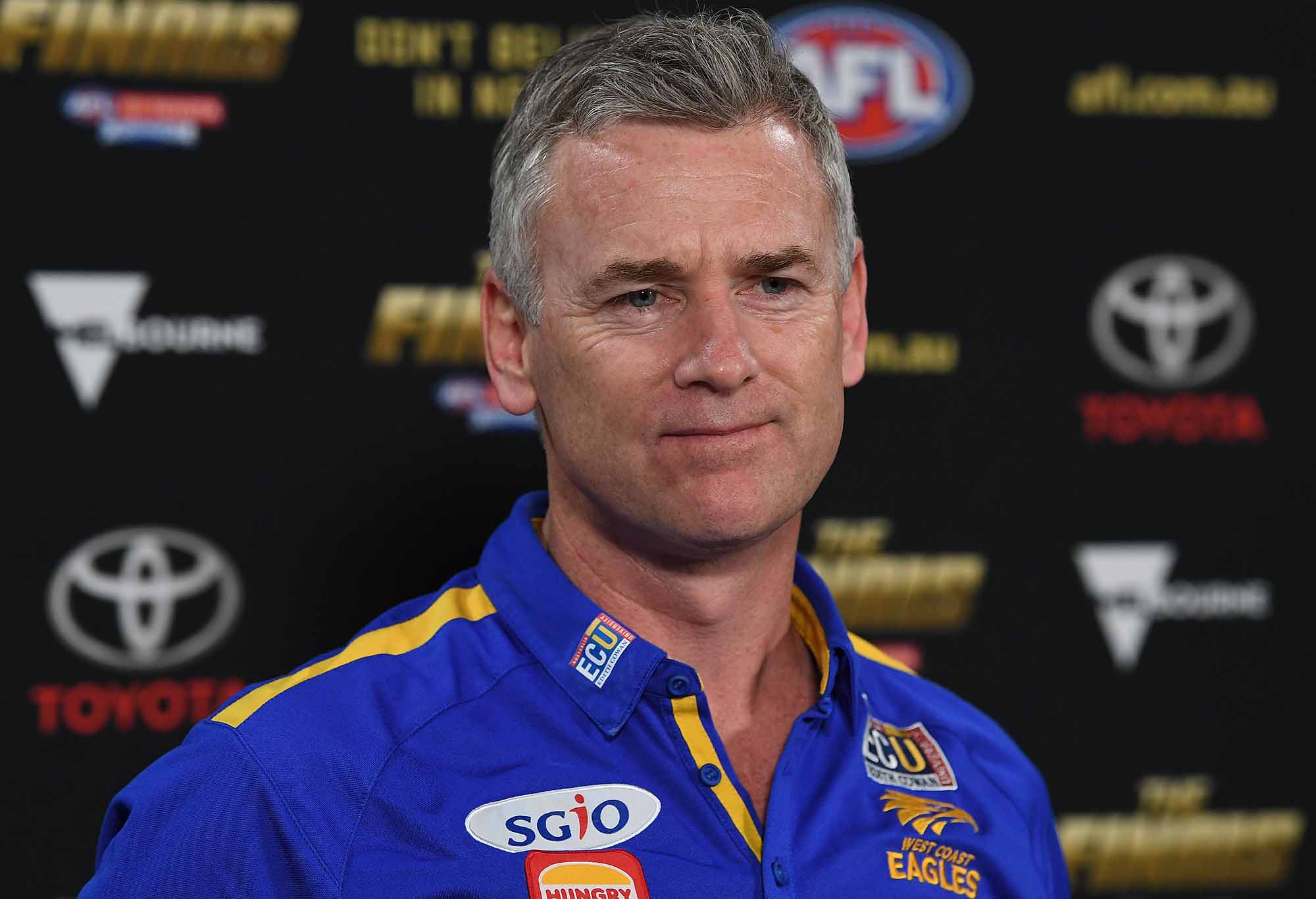 “It’s just the timing. Where we’re at right now as a football club, we need all hands on deck, we need to be on the same page.”

West Coast chief executive Trevor Nisbett said the club would have suspended the players for one game if the list hadn’t been ravaged by injuries and COVID-19.

“It (suspending players) would be really difficult to do that at the moment with our player availability,” Simpson said.

“I don’t think we can draw upon WAFL players through this instance.”

Simpson is still in isolation after contracting COVID-19 last week, but he is expected to be out in time for Sunday’s clash with defending premiers Melbourne at Optus Stadium. West Coast are on the bottom of the ladder with a 1-7 record. 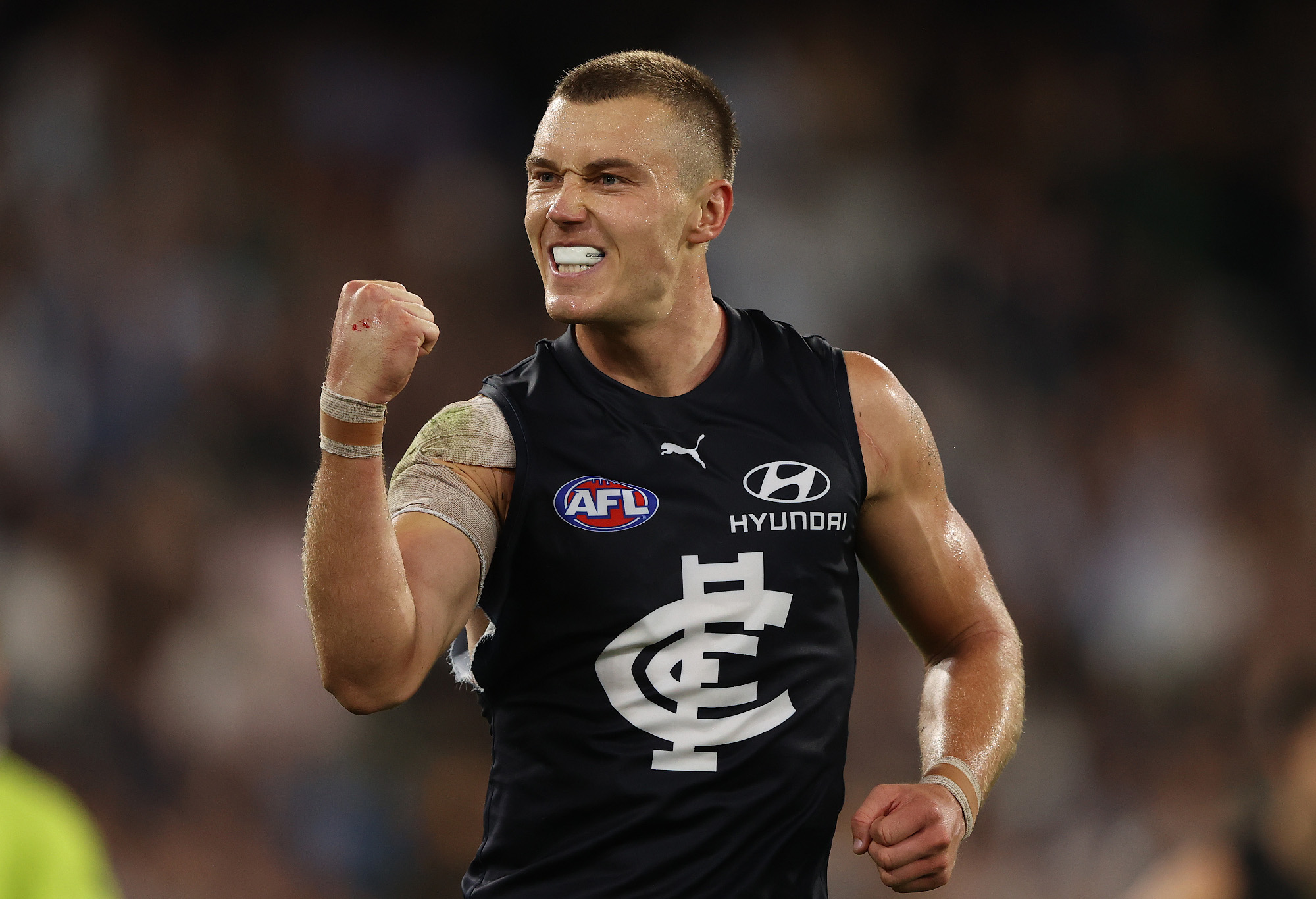 Patrick Cripps remains eligible for the Brownlow Medal after the AFL cleared the Carlton captain of wrongdoing over his tackle on Adelaide’s Lachlan Murphy.

Murphy was left nursing a sore neck after landing heavily on his back in the tackle during Sunday’s match at Marvel Stadium. The incident came after Murphy had surgery on a bulging disc in his neck in December.

The Crows opted to take a cautious approach and substituted him out of the match. No free kick was paid at the time and Blues coach Michael Voss said post-match he would be “staggered” if the AFL took it any further.

The match review officer assessed footage of the incident on Monday but felt Cripps’ actions did not constitute a reportable offence.

Cripps avoiding suspension means the Brownlow Medal favourite is still in contention for the game’s most prestigious individual award.

The powerful midfielder continued his hot start to the season with 35 disposals, nine clearances and two goals in the convincing win over Adelaide.

Cripps is a clear leader in the AFL Coaches Association player of the year award after nine rounds and is arguably in career-best form.

The 27-year-old has got himself in peak physical condition after several years carrying injury issues.

There was one other match review finding on Monday, with St Kilda midfielder Zak Jones fined $2000 for striking Melbourne’s Clayton Oliver.

The incident was assessed as intentional conduct, low impact and body contact. 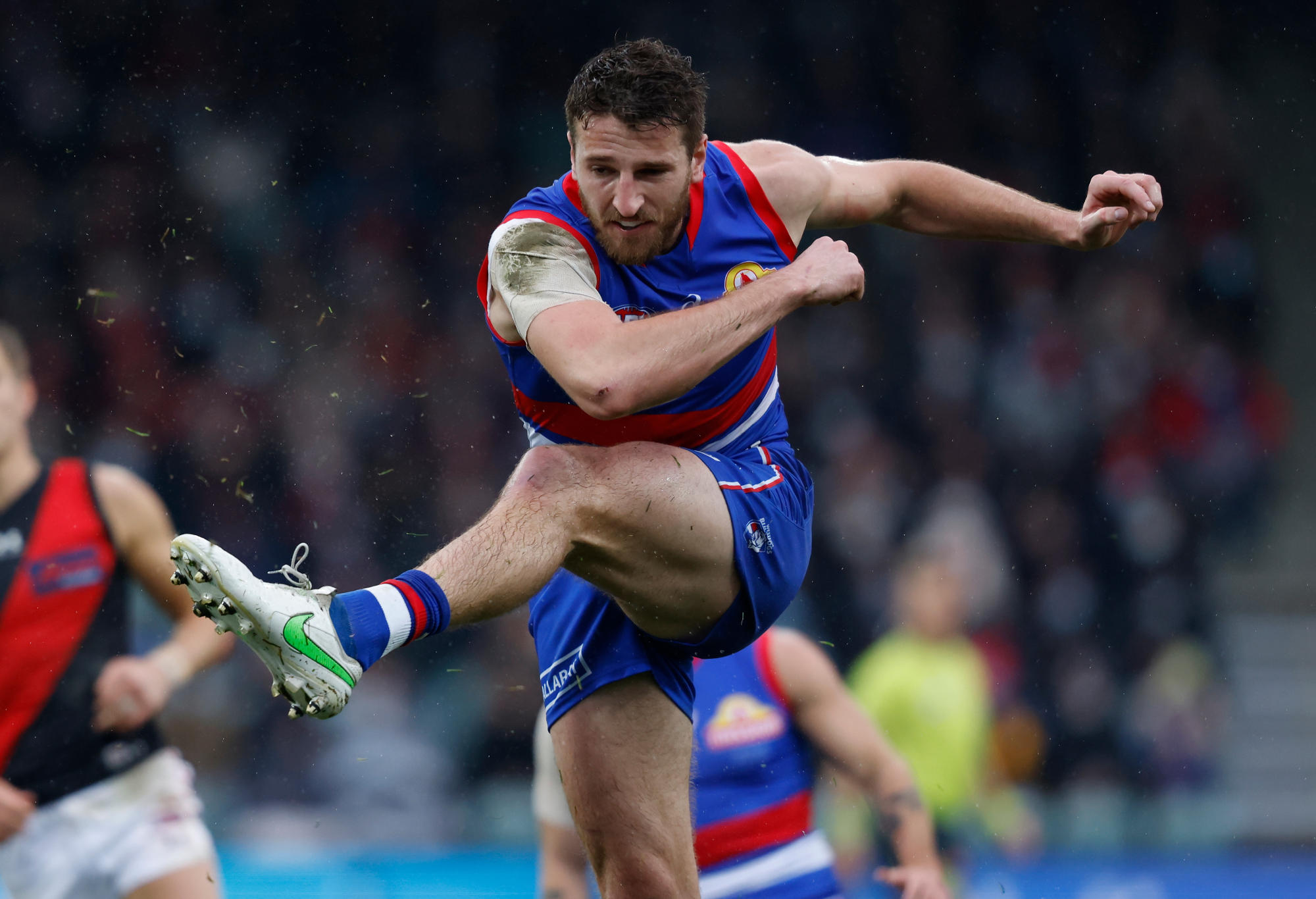 Captain Marcus Bontempelli could be one of three big inclusions for the Western Bulldogs in their crunch AFL clash with Collingwood on Friday night.

The Bulldogs, struggling at 3-5 after the round-eight defeat to Port Adelaide, are a chance to be bolstered by the return of Bontempelli, Tim English and Alex Keath at Marvel Stadium.

The key trio are nearing full fitness and will face tests later this week.

Bontempelli was managed last week after battling ankle and foot issues, while English and Keath have missed three and five weeks respectively with hamstring injuries.

Livewire Bulldogs forward Cody Weightman is set to miss about three weeks after undergoing surgery to fix a broken collarbone.

The injury occurred during what coach Luke Beveridge described as a “night of carnage” in the loss to Port Adelaide.

Tim O’Brien (calf) and Laitham Vandermeer (hamstring) also sustained injuries against the Power, with the latter to miss up to eight weeks.

Father-son recruit Sam Darcy – son of club great Luke Darcy – could be in line for his first VFL game of the season after being selected with pick two at last year’s draft.

McStay to stay away for a few weeks

Key forward Daniel McStay could be back to help Brisbane’s AFL premiership push within a month after scans confirmed some lateral ligament damage in his left ankle.

There were initial fears McStay would be out of action for a longer period when he hurt the ankle during Saturday night’s win over West Coast.

But the 26-year-old goal-kicker was cleared of a break and follow-up scans have revealed a sprain.