Former Australian cricket star Andrew Symonds, one of the game’s greatest ever larrikins and entertainers, has died in a car accident near Townsville, Queensland police confirmed on Sunday.

“Early information indicates, shortly after 11pm the car was being driven on Hervey Range Road, near Alice River Bridge when it left the roadway and rolled,” the statement read.

“Emergency services attempted to revive the 46-year-old driver and sole occupant, however, he died of his injuries.

“The Forensic Crash Unit is investigating.”

Symonds, 46, is the third Australian cricket legend to suddenly pass away this year following the deaths of Shane Warne and Rod Marsh. 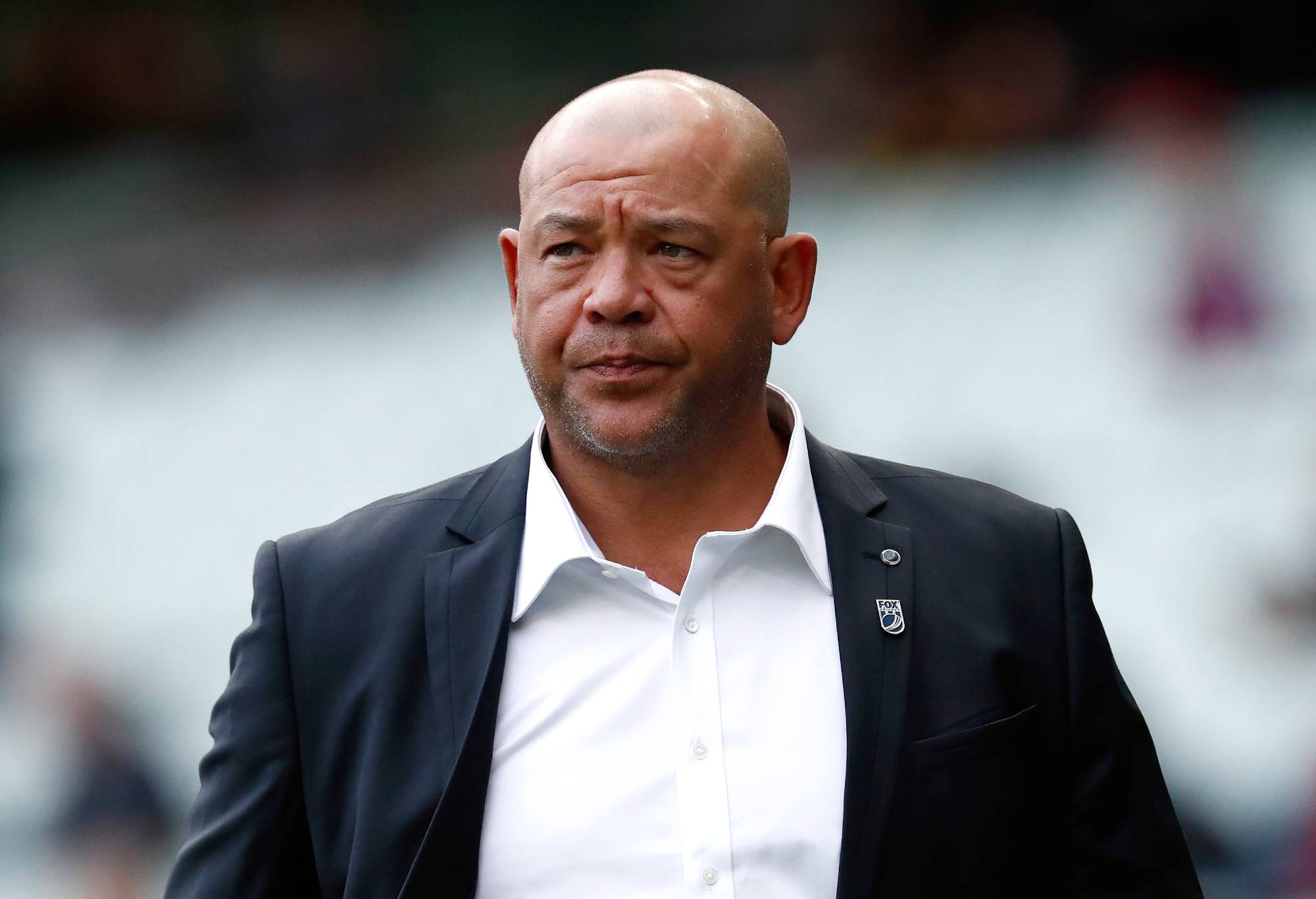 Symonds, who was a key member of the all-conquering Test and one-day sides of the 2000s, was known as a hard-hitting batter with match-winning ability and a supreme fielder, who could also bowl handy off-spinners.

He was also a complex character, being involved in many controversial incidents and battling issues with alcohol during his playing career before becoming an entertaining commentator on the game.

Arguably his best ODI innings came at the 2003 World Cup when he established his spot in the team with a masterful 143 not out off just 125 balls.

Symonds was born in Birmingham but his family moved to Australia at a young age and despite overtures from England early in his career he pledged his loyalty to his pursuit of a baggy green cap.

In the 2006-07 Ashes he replaced Damien Martyn mid-series and celebrated with a commanding 156 at the MCG batting alongside his fishing buddy and long-time Queensland teammate Matthew Hayden in a memorable partnership.

His celebration with Hayden after bringing up his hundred with a six is one of the many iconic moments of that series.

Many felt he failed to reach the heights his talent deserved and he loved the outdoors life well away from the public gaze.

In 1999 he and Hayden survived a swim through shark-infested waters after their boat capsized in Moreton Bay near Brisbane.

That summed up a life lived close to the line but one which thrilled fans.

He always gave the impression that cricket took second place to living that life of fishing, hunting and beers.

In 2001 he stunned Steve Waugh and coach John Buchanan by telling them he was going to quit cricket and attempt to play rugby league for Brisbane Broncos.

“My reaction was ‘what? You’re joking’,” Buchanan ­said later.

“I told him he’d just made it into the team and he had a big future ahead of him. Roy is a man of few words, but he chooses those words well. He told us he didn’t like the team culture. He said he was honest with people and he expected them to be honest with him.

“He said there were people in the team that he didn’t think he could trust. He told us he was going back to Brisbane to play rugby league with the Broncos. I think Wayne Bennett told him that as a rugby league player he made a pretty good cricketer.

“That was Roy. He is honest as the day is long and he ­expects people to be honest with him.”

Buchanan tried to tame the wild man inside Symonds, without much success.

In 2005 he was dropped from an ODI against Bangladesh in Cardiff at the last minute when he turned up drunk, making Ricky Ponting’s blood boil.

“Those warm-ups started with some gentle leg swings, but after four or five swings in the batting group, Symonds moved away from us and headed for the other set of players,” Ponting wrote later.

Ponting and vice-captain Adam Gilchrist saw Symonds hit the ground and suspected he was drunk.

“When Gilchrist and I got to Symonds I did not beat around the bush,” Ponting writes. “His eyes looked puffy and I could smell alcohol on his breath. ‘Were you out late last night having a drink?’ I said.

“Given the state he was in eight hours after that, I found his claim hard to believe. My blood was beginning to boil. I did not shout, but let Symonds know exactly what I thought about his behaviour.”

In 2008 he famously decked a streaker, an incident which went down in folklore.

“I still get asked about my bump back in 2008 all the time,” he said last year. ““It’s one of those ones that keeps coming up and people love to talk about. It’s something I’m known for now, people say — ‘that’s the fella who knocked over the streaker.’

“It was frustration more than anything. I wasn’t trying to hurt him,” he told the Courier Mail in 2016.

“But it was a final and a tight part of the game. I’d just run Matty Hayden out and we’d just started getting back on track but we were still under the pump.

He was an Aussie bloke and he ran out and I’m thinking, ‘mate, are you watching the game?’ You didn’t have to run out now; you could have saved it for later or done it when they were batting … There was a copper chasing him who was a big man and his two-way had fallen off his belt and was bouncing on the ground and they were getting further and further apart and then the bloke looked at me and smiled and we locked eyes and he came over towards me.

“The ­umpire sort of ran backwards and I wasn’t going to do that. I suppose I took things into my own hands.

“All these meetings we did in pre-season; safety and drugs and racism and all these things and then that ­happens. They talked to us about safety and then this bloke runs out on the middle of the Gabba.

“He ran 120 metres and no one got hold of him. What if he did have something sharp and he did want to poke a hole in someone? He was just having a bit of fun, but these are the questions we ask ourselves.”

He was also the central figure in one of the most fractious incidents in Australian cricket – the Monkeygate affair involving India.

Former India Test star Harbhajan Singh allegedly called Symonds a monkey during a 2008 Test match at the SCG, although the Indian denied this.

Ten years later Symonds said Singh later told him “Look, I’ve got to say sorry to you for what I did to you in Sydney. I apologise. I hope I didn’t cause you, your family, your friends too much harm and I really apologise for what I said. I shouldn’t have said it’.”

Singh has always maintained he never called Symonds a monkey but rather the Hindi slur “teri maa ki”.

Symonds had issues with authority and punctuality. In 2008 he failed to turn up for a team meeting in Darwin because he was fishing, and it lead to him being sent home, also causing a rift with his captain Michael Clarke and hastening the end of his career.

Tributes came from far and wide.

Symonds’ wife Laura told the Courier-Mail: “We are still in shock – I’m just thinking of the two kids.

“He was such a big person and there is just so much of him in his kids.’’

She added he was “an extremely chilled operator” and “always had time for everyone”.

“I can’t quite believe it. Another tragic day for cricket. Bad things do happen in threes,” Taylor said.

“He was just an entertainer. In an era where professionalism really is a throw away word that we use probably too often. Symo was the older sort of guy.

“He wanted to go out there and have fun and play the game he remembered to play it as a kid.

“At times he got in trouble for not going to training or maybe having a few too many beers at life but that is the way he lived his life and the way he wanted to play his cricket also.”

Cricket Australia Chair Lachlan Henderson, said in a statement: “Australian cricket has lost another of its very best. Andrew was a generational talent who was instrumental in Australia’s success at World Cups and as part of Queensland’s rich cricket history.

“He was a cult figure to many who was treasured by his fans and friends.

“On behalf of Australian cricket our deepest sympathies are with Andrew’s family, teammates, and friends.”

CA CEO Nick Hockley added: “Andrew was a much-loved and admired cricketer in Australia and around the world.

“He was a prodigious talent from an early age in Queensland with his clean ball-striking ability, shrewd spin bowling and brilliant fielding.

“He will be sadly missed by the Australian cricket community and particularly his very close friends at the Queensland Bulls where he was a popular and much-admired team-mate and friend.

“Our thoughts are with his family and friends at this devastatingly sad time.”