Paul Suttor
Expert
24th May, 2022
4
Join the conversation
Advertisement
Write for The Roar

Whether it’s the Bulldogs or any number of other teams who appoint a new coach for 2023, they should take a punt on a rookie rather than recycle someone who has already had a crack at the NRL.

In the NRL era, the trophies have been handed to a coach at his first club way more often than someone who’s having their second or third stint.

When Ivan Cleary won last year with Penrith, the former Warriors and Wests Tigers mentor became the first “recycled” coach to notch a premiership since Wayne Bennett did so with St George Illawarra in 2010.

Only Tim Sheens at the Wests Tigers in 2005, John Lang’s Panthers of 2002 and Chris Anderson’s ‘99 Storm side were champions helmed by a coach who had started out elsewhere. Lang, who started out with Cronulla, and Cleary were the only two who had not tasted success at a previous club.

Every other premiership – legitimate or otherwise – since the NRL kicked off in 1998 has been won by a coach at their first club, 17-5 if you don’t count Melbourne’s stipped titles of 2007 and ‘09. 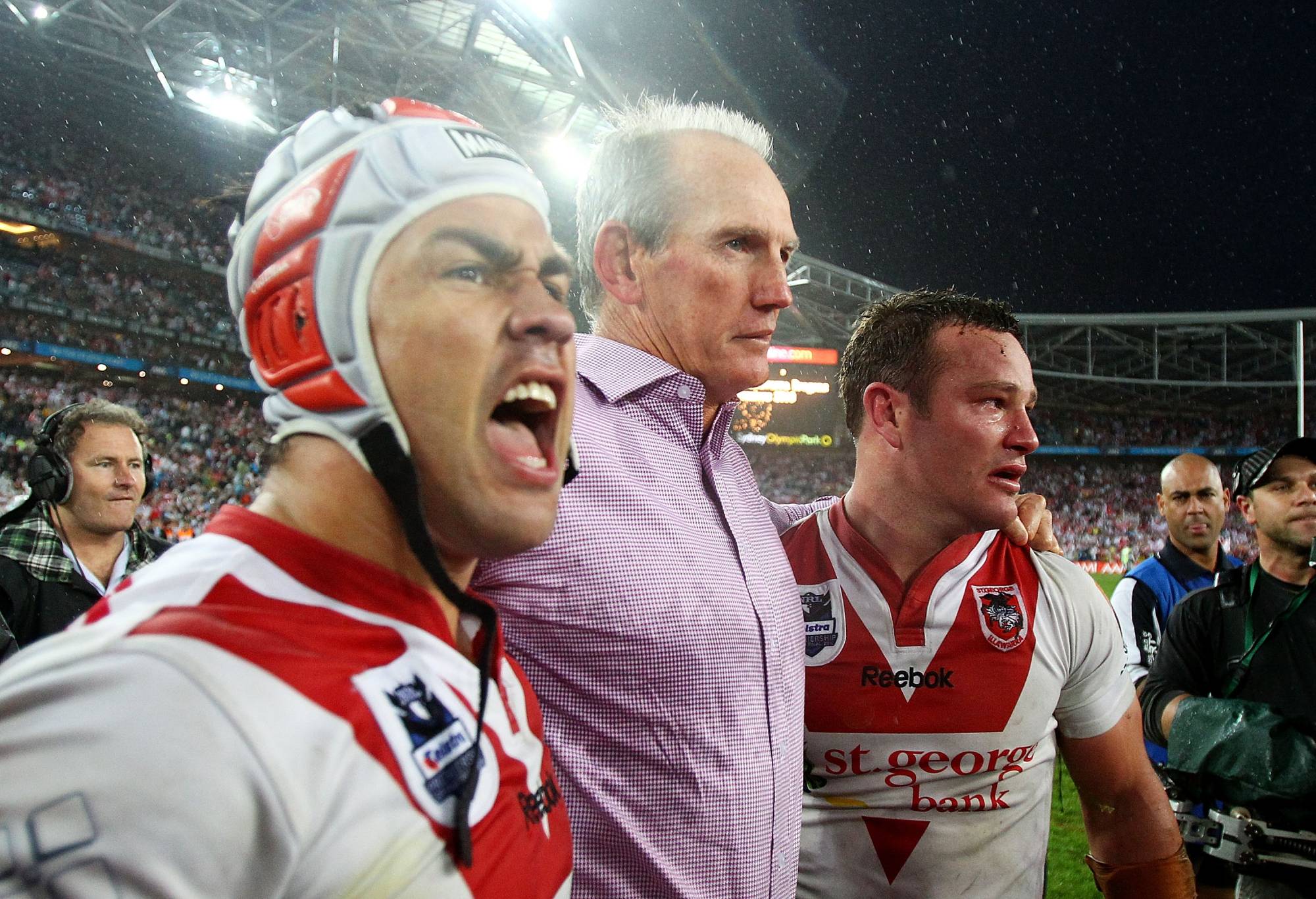 A big factor in this lopsided count is the records of Bennett, who won a trio of titles at Brisbane in this time frame, with Trent Robinson and Craig Bellamy also collecting three premiership rings each at the Roosters and Storm respectively.

But it also shows clubs have been rewarded for taking a punt on someone who has a fresh approach rather than a coach who has achieved some success elsewhere without going all the way.

As is the case in most theories in rugby league, opinion appears to be divided in clubland on whether it’s better to recycle an old coach or take the plunge on a new one.

Of the three most recent coaches at each of the 16 clubs, 24 have been signed after stints with at least one other team and 24 have been newbies.

Penrith and the Wests Tigers are the only teams who have gone with three recycled coaches as their last three appointments while every other club has mixed it up between the old and the new.

Coaching doyen Roy Masters made an interesting point in a column for The Sydney Morning Herald a couple of months back when he wrote the obsession with older coaches as assistants, not only in the main role, is stifling the development of the next generation.

Now that the first domino has fallen in the NRL coaching ranks, the countdown is on to see who flinches next.

If contracts are worth the paper they’re written on then no coach is off contract at the end of the year and there’s nothing to see here, move along.

But the “year before last” contract termination has become such common practice for nervous CEOs that you’d be correct to assume clubs factor in future coaching payouts to their projected budgets as a necessary evil of doing business in the NRL.

Trent Barrett’s exit from Canterbury last week was abrupt but not unexpected if based solely on the results of a 5-29 record in what we’re continually told is a results-driven business.

His departure means two things – there is an opening at one of the 17 clubs for 2023 and CEOs will start looking at each other sideways wondering if the coach they have in mind as their next long-term mentor will be poached by the Bulldogs. 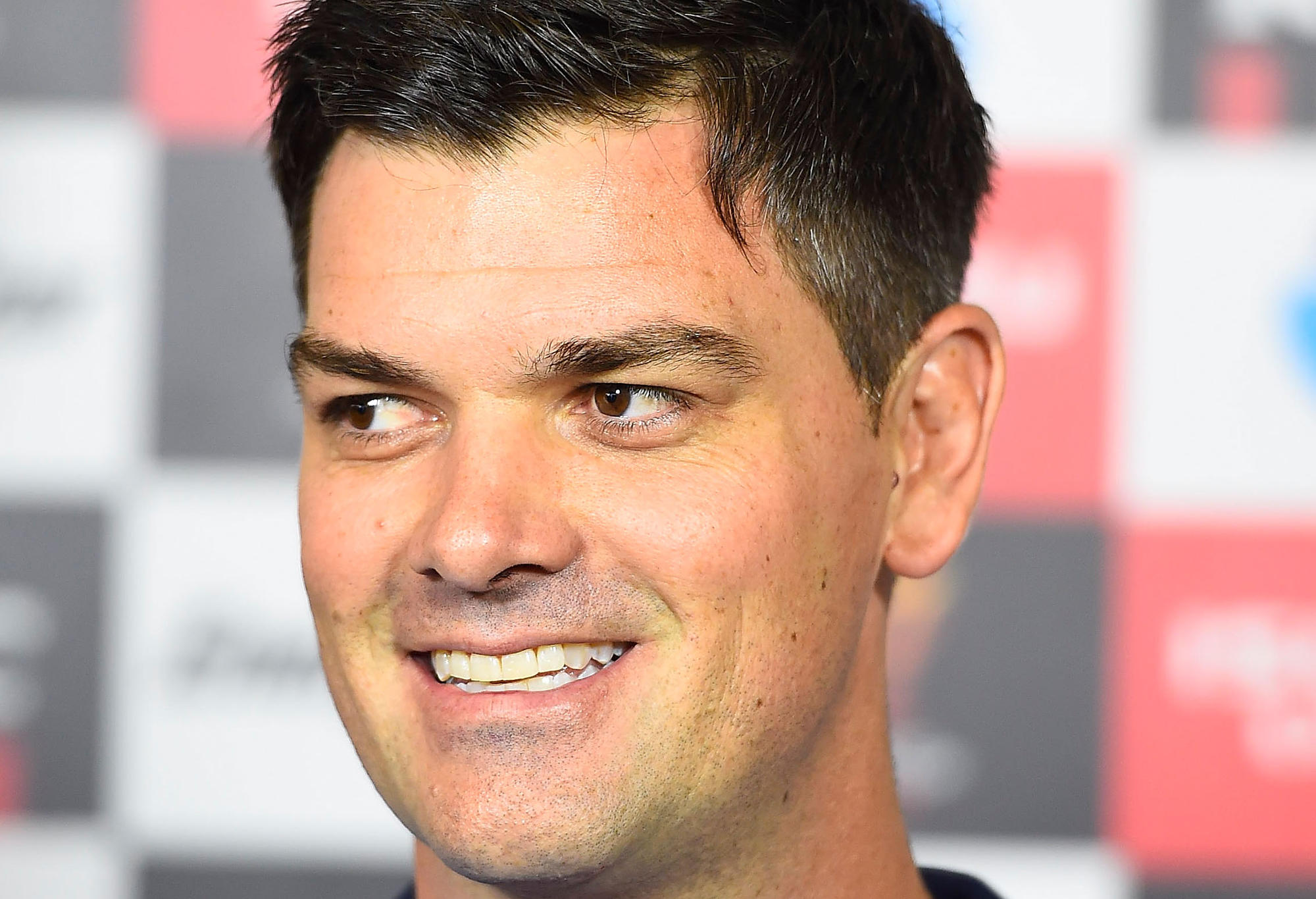 Panthers assistant Cameron Ciraldo has replaced Craig Fitzgibbon as the belle of the coaching ball since Trent Robinson’s former understudy took over at Cronulla this season.

CEOs these days are at least smart enough to avoid the phrase “he’s got the full support of the board” when they stick their head above the parapet to discuss their coach publicly.

Wests Tigers coach Michael Maguire has history against him if he wants to get his team to the finals to ensure he enters the final year of his contract. Only the 1957 Rabbitohs and 1999 Broncos have overcome an 0-5 start to make the finals.

There was a flicker of hope when they won two straight matches but they lost three straight before their unconvincing victory over the last-placed Bulldogs on Friday to sit 14th with a 3-8 record heading into this Saturday’s showdown with Souths which marks the halfway point of their campaign.

The Tigers were keen on Ciraldo late last year when Maguire survived that end-of-season review. Now that the Dogs are on the hunt for a new coach and Phil Gould worked alongside Ciraldo at Penrith, the clock could start ticking a lot louder for Tim Sheens and the rest of the Wests Tigers decision makers.

Shane Flanagan and Paul Green are the highest-profile former NRL mentors on the lookout for a new gig and they at least have premiership pedigree on their resume to help them land a second chance. 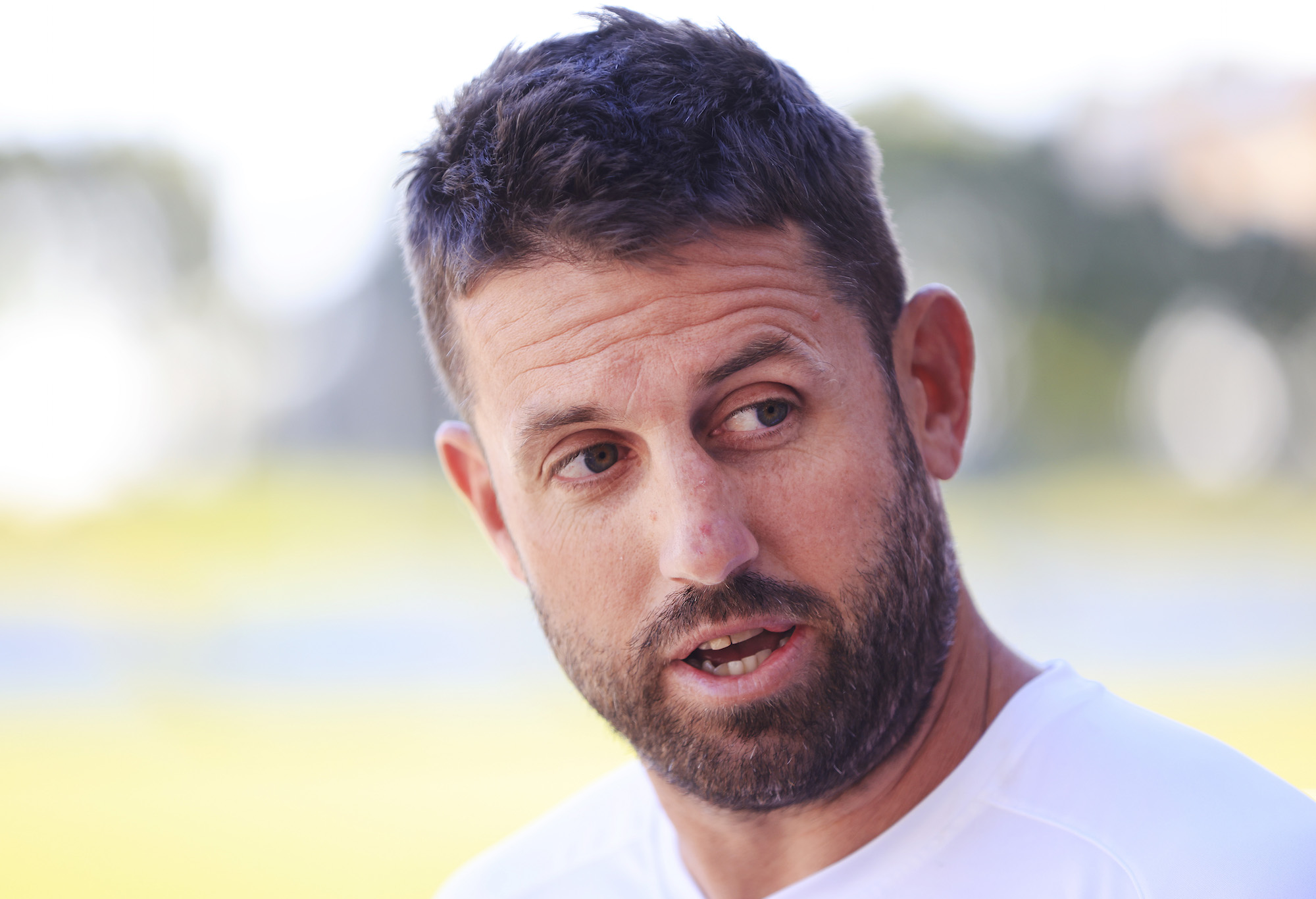 Josh Hannay took the clipboard at Cronulla as caretaker in 2021. (Photo by Mark Evans/Getty Images)

But the clubland assistant ranks are littered with potential head coaches – Jason Ryles at the Roosters, Josh Hannay at the Sharks, Jim Dymock at the Titans and Dean Young at the Cowboys while Kristian Woolf’s success with Tonga and St Helens puts him in the frame.

Dymock and Flanagan have stated they’re keen for the Canterbury gig when Gould appoints a full-time replacement for Barrett to take over after caretaker Mick Potter steers them through the rest of this season.

Of the other six coaches currently outside the top eight, none of them can be too certain about their job security despite recent comments like Newcastle’s CEO Phil Gardner saying he hoped Adam O’Brien “is with us for the next 10 years” or Warriors head of football Craig Hodges declaring there had been “no ultimatums or threats” about coach Nathan Brown despite a recent meeting with owner Mark Robinson regarding the team’s lacklustre performances.

Anthony Griffin at the Dragons and Gold Coast’s Justin Holbrook are also entering the final year of their deals in 2023. Ricky Stuart and Des Hasler are entrenched at Canberra and Manly respectively but there will come a time when their use-by date expires, with calls from long-frustrated fans at each club certain to ramp up if they fail to work their way back into the finals equation.

Whichever directors in whichever boardroom get the itchy trigger fingers next, they should look to the future and not the past when selecting their next coach.

Here's my checklist of ways to improve representative rugby league. 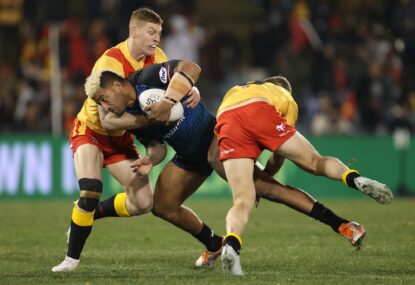 I read the other day that Ray Warren, who now has time on his hands, has done some voice work on an episode of… 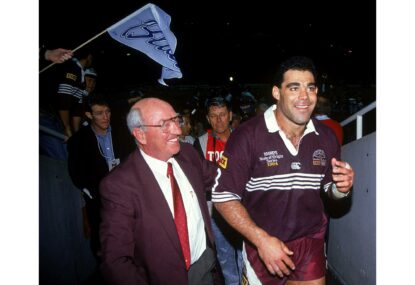 I sometimes wonder if the Gold Coast actually deserves to have an NRL team. On my last visit there I called in at the…

Nearly three years - 1,038 days to be exact - since their last home game in front of their fans in Auckland, the New…