Marika Koroibete has fired a warning to Eddie Jones’ England, saying he’s a superior player to the deadly winger who left Australia last year to ply his trade in Japan.

Koroibete on Tuesday night pledged his commitment to the Wallabies for the July three-Test series, certain to be one of the three overseas-based players coach Dave Rennie is allowed to pick.

“It will be a good experience. I will bring back a lot. I’m looking forward to it,” Koroibete said from Japan.

“Getting my detail right,” the 29-year-old said of what he’d specifically been trying to improve.

“I’ve been working on my catch and pass, my decision-making under pressure. I have been given a licence to play what’s in front of me. It’s great. I’ve been given the freedom to roam on the field.”

Koroibete’s Wallabies future was up in the air when he left Australia, with Rennie unable to guarantee any offshore players would earn more Test caps.

But Rennie is now all but certain to call on veteran playmaker Quade Cooper and former vice-captain Samu Kerevi for the England series.

“He called me and we’ve been chatting about how I’m liking Japan and how the rugby is going,” Koroibete said.

“We had a conversation if I am still keen to come over and play in the England series. It will be good to go back and visit Australia.”

Deans expected Koroibete to prove a handful for England.

“Players want passionate people, enthusiastic people, positive people and Marika is all of the above.”

Meanwhile Deans says Eddie Jones will some new tricks of his own to continue England’s impressive recent record against the Wallabies.

Deans said expected Australia to be a tougher challenge than many expect.

“I just think to beat Australia in Australia is going to be tough,” Deans said.

“The French failed last year. You could say that was down to them fielding their second or even third combination but it was still a good combination. This Australian team is lifting their ambitions. They are getting better around the contact area and they’re not going to roll over.

“You can only take so much punishment, particularly a proud sporting nation like Australia. They were always going to respond. They’ve exposed a lot of young players to Super [Rugby]. It’s about time in the saddle.

“No Australian sportsman is going to stay down for long. They’re on the incline and the international program will get the benefit of that. They’ll have more competition and more depth and ability to ride out injuries and form. They’ve got the ultimate incentive now – two World Cups.”

The Brumbies have announced Saturday’s Super Rugby quarterfinal will be the final game in the club colours for four senior players.

Wallabies fullback Tom Banks will be heading to Japan while Folau Fainga’a, Scott Sio and Irae Simone are also leaving the club, as is head coach Dan McKellar.

Brumbies CEO, Phil Thomson said: “It’s always difficult to see both players and staff depart the club, especially this group who have contributed so well to the Brumbies but it is the nature of professional sport and life that people move on and it’s important to recognise them and to give our members, fans and other key stakeholders the opportunity to farewell those who have served the Brumbies so well.”

“Dan has led and coached the team with the same high level of commitment and passion this season as every other season and the organisation cannot thank him enough for the rugby program he has contributed to and developed in his nine seasons at the club, and we wish him and Ed Hollis who also departs all the best as they shift back to their roles with the Wallabies. 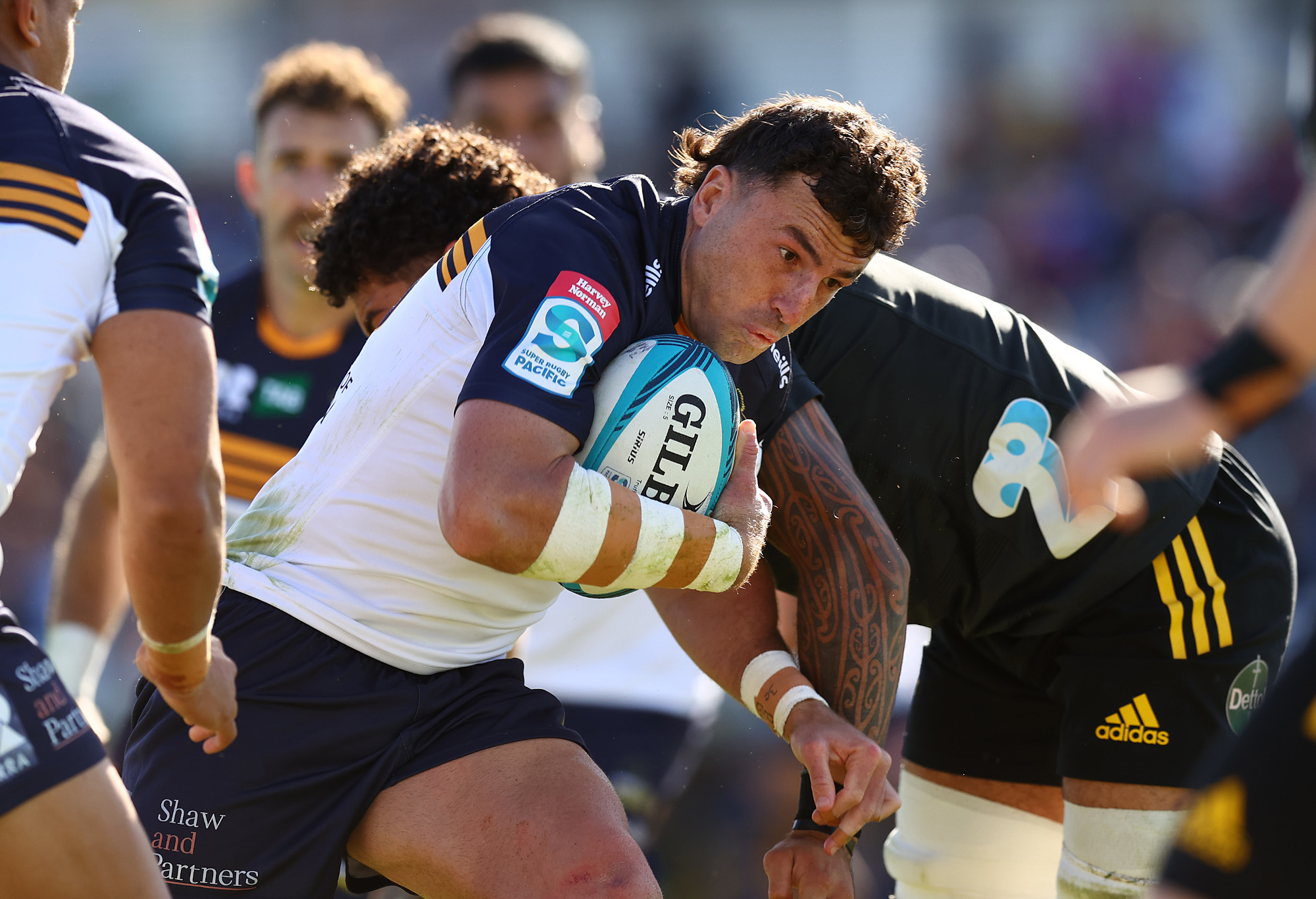 “Scott, Tom, Folau and Irae have all left a lasting impression in their time at the Brumbies, all playing more than 50 games for the club and we thank each of them for their commitment and contribution to the team both on and off the field.

“It has been a privilege to have Scott as part of the organisation and to see him develop into a leader amongst the group from his time in the Academy to becoming a Wallaby and a world class prop. He will definitely go down as one of the special players in the history of the Brumbies.

“The team and the entire organisation are focused on finishing this season together on a high, starting with Saturday’s Quarter Final against the Hurricanes which is a great occasion for our members, fans and key stakeholders to come out to GIO Stadium to support the team for what will be a very exciting and entertaining match.”

Sio told the Canberra Times he hoped he had “inspired someone to chase their dream, whether that is to be a Brumby, a politician or whatever it is here in Canberra – I hope I played a small part in their journey.

“For me, it was just about being the best role model I could for anyone coming through here, or any young player coming through the juniors, or anyone playing club rugby here in Canberra.

“Just by being as professional as I can here and I guess staying true to myself and my values as well the whole time. I hope I’ve done that.”

Sio is currently the fourth-most capped Brumby of all time and if he makes it to the Super Rugby Pacific grand final he will become the third-most capped player at the club.

“Every player comes to a point in their career where change is something that’s needed,” Sio said.

“I’ve given 11 great seasons here. They’ve stuck by me, had faith in me and for the Brumbies and I maybe we’re looking for a little bit of a fresh start.

“It’s tough to leave anywhere that you call home for such a long time but for personal growth, it’s an opportunity challenge myself in a new environment.”

Australian-raised trio Jack Cornelsen, Ben Gunter and Dylan Riley have been named in Japan’s 34-man training squad for their mid-year rugby Tests against Uruguay and France.i

No.8 Cornelsen, flanker Gunter and centre Riley are among 10 players included from the Saitama Wild Knights who clinched the inaugural League One final on Sunday, beating Tokyo Sungoliath 18-12.

Wild Knights flyhalf Takuya Yamasawa was rewarded for his heroics in the final with a recall to the national squad.

Yamasawa stood in for injured team mate Rikiya Matsuda, the regular Test flyhalf, and helped the Wild Knights to victory, crucially stripping Damian McKenzie of the ball just as the All Black looked certain to score.

The 27-year-old, who played three times for his country in 2017, was the only international flyhalf in the 34-man training squad with the other playmakers, Lee Seung-Shin and Hayata Nakao, among nine uncapped players.

The ‘Brave Blossoms’ face Uruguay in Tokyo on June 18 and again in Fukuoka a week later before taking on Six Nations champions France in Toyota on July 2.