It’s hard to say that Queensland overcoming the odds to defeat NSW is surprising anymore because it happens a lot.

The manner of the upset was classic Queensland: they seem to be on the ropes, somehow jag tries and then see the game out with resilience.

It’s that ‘Queenslander’ thing that everyone thinks is about something in the water north of the border, they build ’em tough up there, pride in the jersey, except it never has been about that: it’s about planning, execution and smarts.

Sure, you need the resilience bit to withstand the charge that comes late, but you need the intelligence and gameplan to give you something to defend. In that sense, this was Queenslander par excellence.

There’s a muscle memory to these things. Working as a collective is not something you can craft in ten days, but it is something that you can get players to buy into.

So park the ‘gutless’ and ‘wanted it more’. Queensland played smarter. Here’s how. 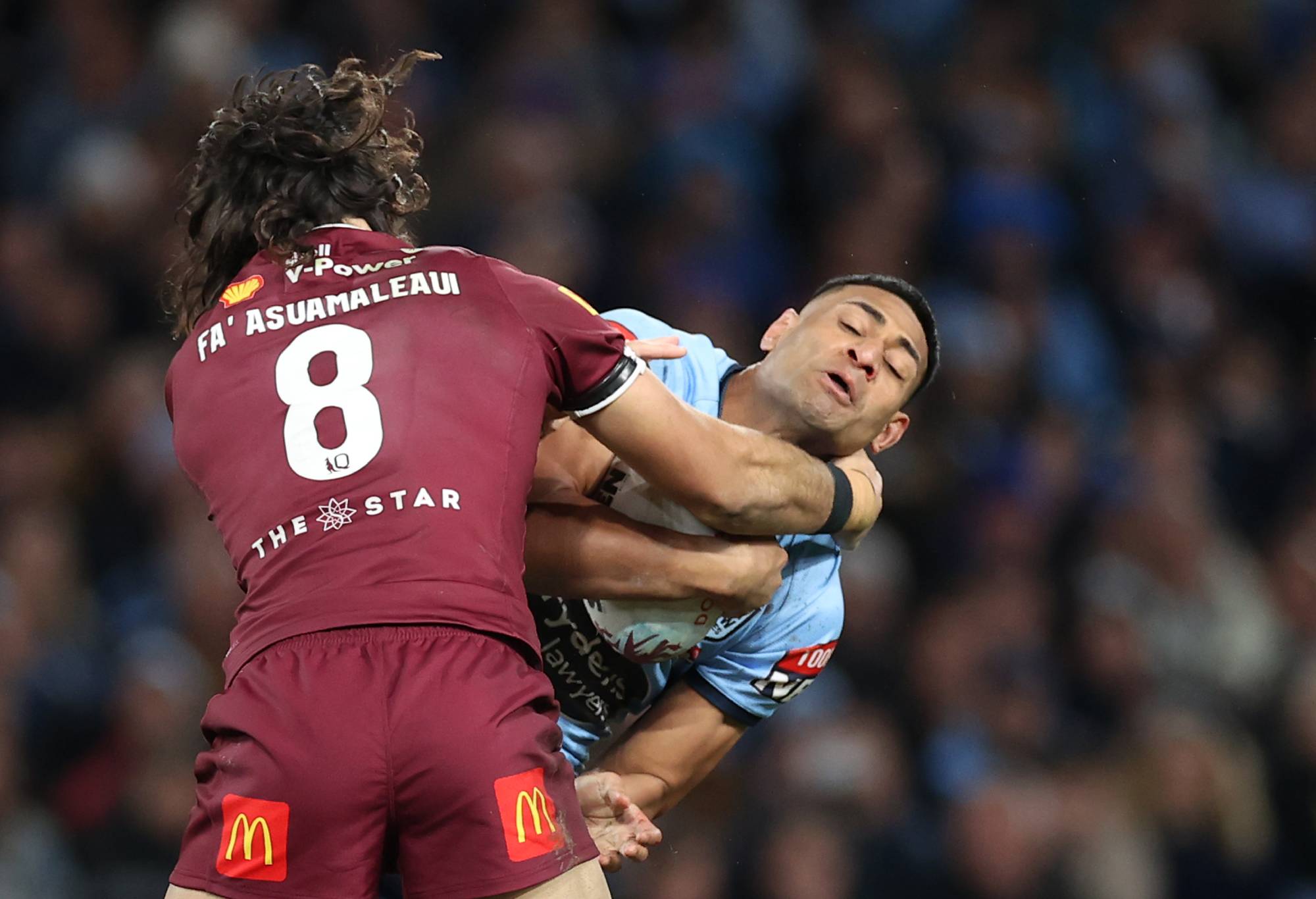 The first half was a little confusing

The first half was very strange: it felt like NSW were better and had more chances to score, but all the stats told you otherwise. The eye test said Blues, the eye test plus stats said equal, the scoreboard said (by a conversion) Maroons.

NSW had two tries struck off – correctly – but generally looked more like they would score, which is hard to quantify but, to this observer at least, was the case.

For the first 15 minutes in particular, Queensland seemed to be struggling in both execution and strategy.

They kicked very, very poorly and put most of their traffic down the Brian To’o wing, which was presenting NSW with strong set starts and, consequently, two thirds of the territory.

That all changed when Pat Carrigan came on. The Brisbane lock was outstanding as a middle, topping the Maroons metre chart at half-time despite only entering the game in the 16th minute.

The post-contact metres told a tale: prior to Carrigan’s entry, Queensland were well behind, but by half-time, they were ahead. The momentum shift in the ruck was palpable, the kicking was afforded more time to be better and the geography of the game, for want of a better phrase, was shifted.

But yet: Queensland created less. Their one try owed a little to fortune, with a pass missing its target but ending up in space, while as mentioned, the Blues had several opportunities more.

In the end, equality in tries was probably fair enough, and perhaps represented the ability of Billy Slater to wrest back control. It would be telling.

NSW had no plan B

It was much discussed that Isaah Yeo was the central player for NSW’s setup, especially in the attacking third of the field.

He took what appeared to be a bad bang to the head on the first play of the game and was allowed to stay on. One suspects that in a regular NRL game, that would not have been the case.

Regardless, Yeo was notably off-colour, perhaps as a result of the collision, and it had a serious effect on the cohesion levels in the Blues’ attack.

Queensland can’t be discounted from this. They jammed up on Jarome Luai: essentially, rather than stopping Yeo with the ball, they cut down any player he might have been able to pass to.

The ball-playing lock wasn’t able to ball-play: he averages one run for every two passes at club level, but tonight, that was much lower. He was totally shut down.

Dane Gagai had a curate’s egg of a performance. He missed ten tackles, more than anyone else in maroon, but was often the one putting in the line speed effort to shut down the passing lane.

Without Yeo’s influence, the attack was often rudderless. On multiple occasions, the last tackle play fell apart and the structure dissipated: Damien Cook, always ready to jump out, got stuck in the awkward middle ground of jumping out a few steps, before passing anyway.

There’s a lot to be said for ‘been there, done that’. As much as NSW didn’t have a Plan B, it looked more and more as the game went on that Queensland had a detailed game plan and executed it.

Billy Slater killed his interchanges, in particular, timing the injection of certain players to slightly before Brad Fittler sent his in, gaining a jump on his opponents.

The latter end of the first half and the first fifteen minutes of the second half were masterclasses in game management, both in terms of the timing of substitutions and the actions of key players.

Slater almost set the game up into four quarters: two slow, to start and to end, and two fast, either side of half time. 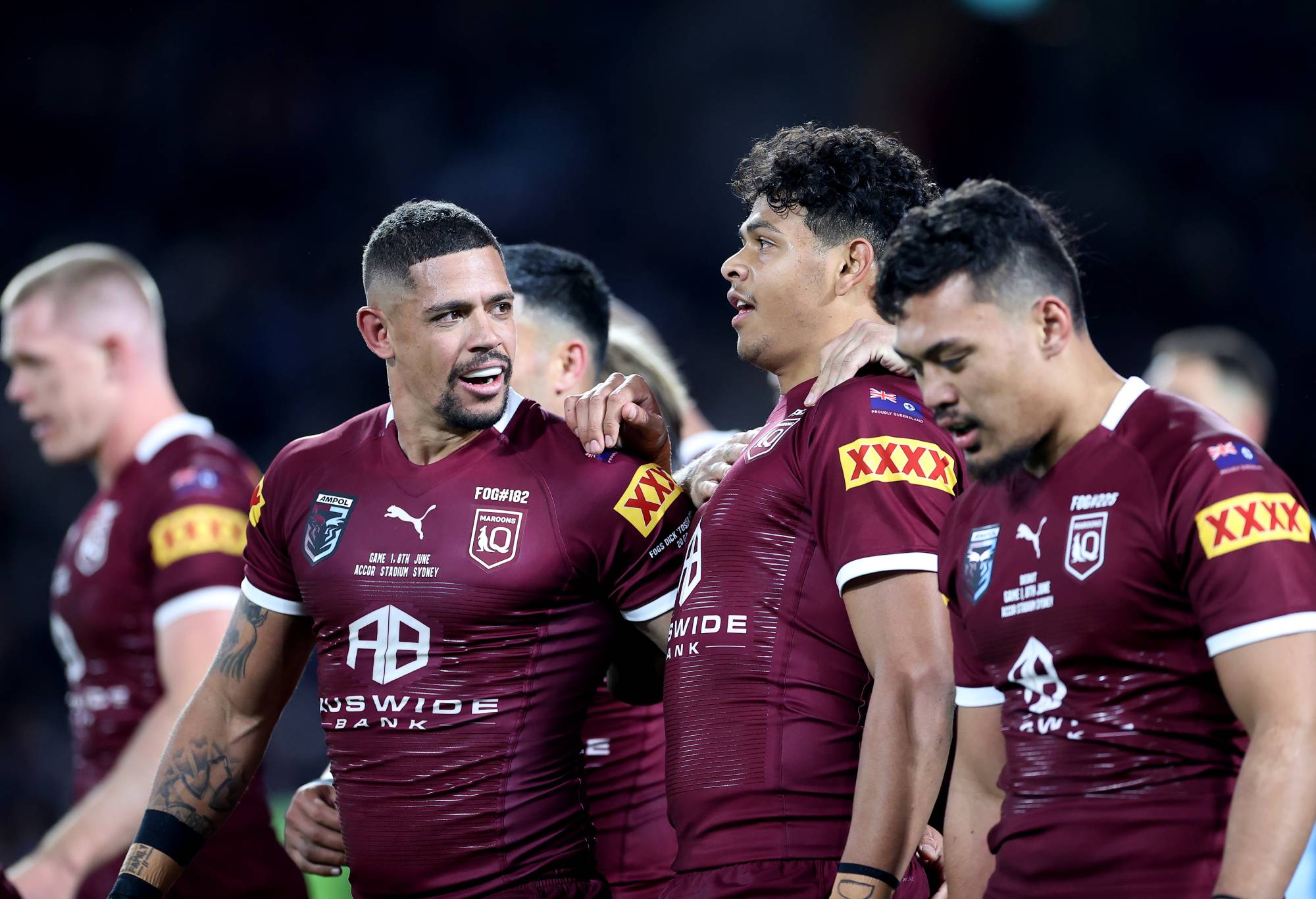 In Cameron Munster, Daly Cherry-Evans and Ben Hunt – plus Slater in the box – there is knowledge and experience in spades, and the Maroons leveraged the lot of it.

Hunt, who started and finished the game, was able to direct from dummy half and essentially lead the team, before changing with Harry Grant, who played a lot more direct on the back of fresher forwards from the bench.

When Grant was on, DCE and Munster became the dominant players on the field. It’s notable that they were 1 and 2 in terms of ball possessions, well ahead of the third man, Kalyn Ponga.

NSW often appeared to be improvising, whereas Queensland were far more patient in their execution.