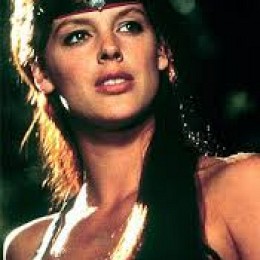 Great list, but could I please suggest Luke Parker from the Swans. Pick 40 in the 2010 draft, 196 games and still going strong, all Australia 2016 and 2012 premiership. He would be the highest pick on your scale of 10 to 40, but still worth it. Not sure who he would replace, but Cripps has not won a premiership so that may give him the edge. 😁

Love you series, but i do think you need to use the no one won more often. Trade 34 is a case, one game vs five games: both sides lost, serious waste of time and money for both clubs. Also, would be fun to tell us who was the Gold Coast list manager in all these years, and what they are doing now!

The 2015 trade period revisited: The Suns trade themselves out of two superstars

It rather strange that no Aussie bank would offer them any money. Aussie banks will offer anyone money if you have a pulse. $250m from English sources, but only to keep the game afloat till May 28 (from the SMH). Sounds like an organisation in real trouble. The questions is how? Can they really have no money?

Can the AFL’s Sydney foothold survive the sport shutdown?

Let face it, this elephant in the room and has been since the VFL/AFL started expanding is that there is too many club in Melbourne. There is not enough money now to keep them afloat, and we need to use this opportunity to cull some teams. North, St Kilda, Footscay or Melbourne have to go. Gold Coast has to go, this is the AFL’s Stalingrad: they have sunk so much into the GC but all of its is lost but they can’t bring themselves to admit this; the only thing left is how much the final bill will be. The other clubs like GWS are vital for TV rights. Sydney is a strong club and Brisbane can stand mostly on its own two feet. But will the Vic centric competition have the guts to cull Vic teams? No, but money is the real driver of the competition now. The big Melbourne teams wouldn’t piss on the smaller team if they were on fire, but if the money now going to them is split up between them, they would’t hesitate to kill them off.

I wondering how many kids are going to born now that there is no footy and everyone is in isolation?

Just because measures worked in South Korea, does not mean they will work here. There are too many points of entry to Australia, so it hard to know when and where the disease will crop. Keeping morale up is as important has containment. With the AFL we can at least have something to take our minds of the crisis, as Netflicks can only go so far!

AFL has taken a serious gamble – I hope it pays off

The Colosseum also had a private entry and exit for the Emperor, the Senators and their guests; no mixing with the plebs!

Sports stadia are garbage, and here’s why

Yes but what about Kelly???
I presume if they use all their points this year on Quaynor, they can’t then just match a bid for Kelly???
Or can they?

When they get back Buddy and Reid; i.e. a forward line, they will be a lot more dangerous.
Also Melican is a major injury blow to the back line.
Its still a lot better than last year, and with games being put into the younger player, a major push is inevitable.

Seven hot takes from AFL Round 7

Hey he is a Sydney Swans rookie player, very good, 187cm, 88kg. Was going to be promoted to the senior list. Great steal for Collingwood if they get him