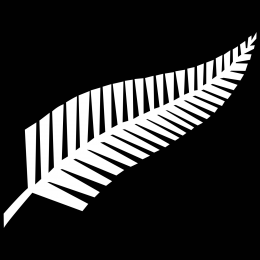 Danny hasn't published any posts yet

It’s a long way to the top if you wanna rock ‘n roll. Congrats to the Reds, their very patient supporters, Thorn and his staff, and Aus rugby for a pretty entertaining season. So good to see a pumping Suncorp crowd for provincial rugby again. Looking forward to the trans-Tasman phase which I hope and expect will be very competitive.

Thx Dilkington appreciate your views and as I suspected, on Cooper many disagree. I think he was a serial offender definitely not a one-off-field 10-years ago guy. The larceny, the fox sports implosion, the on field shenanigans, the three amigos – the list is decent. He was exited on the no di(khead policy many successful teams have deployed over the years. Yes, who is or is not a dh is subjective and coach’s prerogative. Coaches live and die by all their decisions. Given results, the latter is likely Thorn’s Reds destiny.

Were he Brad from nowheresville would I have been as forgiving? Probably not in all honesty. But he is Brad Thorn QLD loving Broncos champ, Crusaders champ, ABs champ, RWC winner, European cup winner, QLD country winning coach who’s legendary self discipline had him still playing solid 1st grade in his 40s. So I thought it worth a punt because I’ve loved QLD rugby over the years and hoped he could be the catalyst to end the then 15-year mostly slump. Not-to-be sadly. Well worth the shot though I think. I mean, what’s next? Another Aussie no-name and more years of rubbish?

I so very much hoped Thorn would help lead a strong new era of Reds rugby, but sadly it looks like he’s nearly out of runway – or out of runway probably more accurate. The hard decisions – Cooper, Slipper, Hunt etc – were necessary but that many disagree is acknowledged. Seventeen odd years of mostly rubbish culture, poor coaching, variable player ability and attitude were only brightened by one title won against a Crusaders team playing away most of the season with ‘quake PTSD. A title won fair-and-square yes, but hardly repeated excellence.

We may now be seeing the dawn of a new era but if so the sun feels painfully slow in rising. It’s hard to fathom just how low Queensland rugby had/has sunk. To go from producing players like Eales and Herbert and Horan and Kefu and Latham and Little and Lynagh and Tune and some of the older legends to the mostly rabble since 2003 is utterly depressing. Queensland could always be counted on as a stiff challenge and a title contender. Perhaps the legendary poisonous politics within and with NSW rotted everything?

Gonna be a bumpy few years.

Did the All Blacks pick the right successor to Hansen?

This x one zillion.

Maybe he could play 7s at the Alt-Right games? Kind of a horseshoe thing you know.

Cooper’s fanboys seem to focus on attack excellence, but his leave-it-to-the-others defence was more central to his character. The brilliant arrogance of his attacking talent was swamped by the negligence of his defence. I think that’s key to understanding his critics.

Defence is attitude – and more often than not his attitude was “I’ll just slink back to deep sideline cover – you boys front up with the rough stuff”. All the excellence in attack could never make up for this deliliction. Add in the petty larceny, the fox sports treachery and the three amigos hijinks and you ended up with a sadly flawed package. That he blurts out stuff like this is part of the flaw.

Rennie took NZ U21s to three titles in a row without a single loss. Then took perennial basket case Chiefs to Super title in his first year there and followed up with another title the next year and two more semi final losses. I think he’s got a far superior rugby brain vs Link. I liked Link, don’t get me wrong – but I sense something very special in Rennie. Untested at the top level obviously.

I soooo hope not.

Answer a clear yes with this guy. Best decision RA has made in years – 15 maybe. Gutted he won’t be fronting for the ABs and truly concerned for our grip on Bled if it’s a Rennie / Foster matchup.

Where are the “former All Black or two that’s had something to say” names? You know, the mouthy petty criminals who think the world revolves around them. And can’t tackle – did we mention that?

Or will it be just more distraction and whataboutism? Because there’s a lot of that about as well.

Ruckin you’re a master of the fine art of whataboutism I see. If there are current or former ABs who are behaving like Cooper please point them out and I’ll be equally as critical. I can’t think of any but I’ll wait to hear back with names. And if there are valid names I’ll cop the implied bias or hyprocrasy or whatever it is I’m having tagged with in the final para. Otherwise I won’t and perhaps it’ll look more like projection.

I don’t think deification is accurate Ruckin. I admire the guy and hope he can turn the Reds around. He took on Qld Country and won the comp in his first year. Reds has been a much tougher challenge obviously. It was widely reported he sacked Cooper for reasons that I paraphrase as “did not fit the culture or direction he wanted to take the team in”. I look at Cooper’s background and see incident upon incident – especially ill disciplined public statements. I put one and one together and call it two. Wallabies lose the QF and Cooper fires off publicly what a lot of people obviously thought privately. I called Cooper out for public ill discipline again. That seems to have upset you. I’m sorry that it has. I never meant to do that.

So this is reduced now down to whether 13th is better than second last and whether my language suggested something something somehow don’t go to games or know someone so be quiet?

Everyone has a bias Ruckin and sure I have mine. But to suggest one has to know someone to comment on them is a bit out there surely? Have you ever made an observation on someone you don’t know? Perhaps not?

As to the loose cannons I was meaning Cooper, Hunt and Slipper mainly. Don’t know the back story to Frisby.

As to results – since 2014 Reds have come 13th, 13th, 15th, 14th, 13th and 14th winning 5 games, 4, 3, 4, 6, 6 so I can’t agree they are worse under Thorn. If anything they’ve won more games attractively in the recent two years. All this after dumping so-called stars and having a tough time recruiting because – well who wants to go there when for 20 years they’ve been generally awful.

But by all means the Reds should keep doing what they’ve been doing because it’s just been awesome.

Never met the guy and don’t know anyone who has. But if you’re thinking the Reds should’ve kept going down the same old path that saw them win one title in 20+ years, make a couple of finals series, and otherwise be a joke then I’m not on board for that. Thorn is a culture-first guy, which has worked pretty well in his career. Has he turned around what should be a premier state rugby franchise in two years – clearly no. It’s tough to turn such baked-on institutionalised mediocrity overnight. But sending off Cooper and the other loose cannons was exactly the right move in my opinion. No apologies for that.

Ken sorry mate but I didn’t see it as just a bitter tweet. “If he actually cared about Aus rugby he would have done it a while ago..” I thought was extraordinarly unprofessional and reflected the same character weaknesses on display at regular intervals through his entire career. You know – the burglary thing and the fox outburst thing and the other things with the three amigos thing, for example. The list is long.

Thorn didn’t want him because of those weaknesses and told him that very clearly. Whether Cooper thought it logical or not, Thorn had an absolute right and I’d argue a QRU mandate to do so. As to Cheika’s selection policies, as irrational as Cooper might have found them they were the Wallaby selection group’s to make. That he might have held his tongue / tweets in the face of all this supposed provocation was part of his job not some heroic gesture.

And yes, I think my initial comment that the tweet was effectively same old Quade brought out some nationalist rabidity. I’ve got thick skin and don’t care about that stuff, but the subject of Cooper, Thorn and the Reds does seem to trigger.

A broken clock is right twice a day.

Totally fair to assume bias Ruckin – I don’t hide my primary support. But after 20 years in Sydney raising an Australian family I have great affection for the game there. I want the best for it and Quade, as embarrassing as he is as an Aussie with kiwi heritage, is not the best. Kearns is not the best. They’re loudmouths.

MacQueen and Eales were the best. Quiet achievers. Great professionals. I really hope the next generation of these greats is uncovered in Australia and soon. It’d be good for rugby everywhere.

Kiwi-born Cooper came to Queensland in his teens.

What’s your point – that I’m being nationalist? I don’t hide my admiration for Thorn and his incredible achievements, and the converse for Cooper.

That’s be great for Australia and a big loss for NZ. But I suspect Rennie is on a path of Scotland -> NZ! I hope!

Of the kiwis floating around he’d probably be the best for Aus though. Gats might be too strongly flavoured and Joe isn’t leaving NZ for family reasons.

I’m not the rugby star who goes on fox or social media badmouthing coaches and players. I’m just calling out the guy who does. I’ve been a big supporter of the Reds rebuild in the face of pointed criticism. Much centred on Brad’s insistence on character over supposed flair.

Looking at his farewell to Cheika, who I’m no fan of to be clear, I’m just saying maybe Brad was right and his character remains unchanged? That’s all.

And there they are – like a rabid pack. Playing the sheep card as well that’s class.

And so it’s good night to Cheika. He’ll be quickly forgotten. A bad tempered, foul mouthed, bitter man to the end. A man who demanded respect through a thumping fist rather than earning it by doing his best to have his head rule his heart.

He earned zero respect in my quarters. RA must put culture first in its rebuild. Starts with a quality Wallabies coach. Fresh, uncut players will help. Folau must be defeated. Much to do and I truly hope for the best.