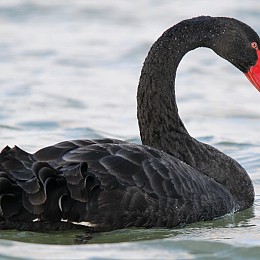 If I had to nitpick, the author should be aware that the majority of the country regards Victoria as ‘interstate’ as well… it doesn’t undermine the concern raised about Vic bias in ch7 commentary, but it is noticed.

Comparing eras is certainly a sport in itself.
I know some people refer to 1990 as an arbitrary timestamp, but it is more significant than that for others… it represents a more real acknowledgment/period-in-time that 2 major state leagues, with long rich histories, now play support roles to newly established local teams in a national competition. The former VFL struggled financially, and saw an opportunity to make money by selling licences… it then realised time to acknowledge the original VFL is no longer, and a national comp is the way forward. And along comes 1990 the first official AFL season, some will argue by name only, but it will forever represent a start point for the AFL era.
Where would the ROAR be without such a complicated history to stir the pot with.

😂
You are the one who whines about home ground advantage, yet participate in a national competition. It’s like you don’t listen to your own arguments. 😂

Is it though?
New competitors, merged competitors, relocated competitors, competition relaunched as a National competition in 1990, equalisation measures, actual rule changes.
But… the GF is still contracted to be played at the MCG for the next 38 years, most awards still carry VFL names, and the same handful of Melbourne teams get all the nationwide primetime fta slots. So… yes, it is still the vfl.
Definitely a different era.

As mentioned, potential/actual quarrantine requirements… ALSO, if an issue with Perth lockdown arose, they could move the GF to Adelaide. Basically, it is contingency time so they can try and get a big crowd to the showcase event.
At least both teams coming off same break, and all niggles are overcome so a brutal and fast contest takes place.
Neutral venue, neutral (thanks covid) and loud crowd. Great stories on both sides with Brown and Treloar, interesting hair (or lack of) in Bailey and Gawn.
And if Melbourne win, their fans might visit the craypot in coming years to see where they made history (Doggies fans have MCG GF still fresh in their memories).

You just stated there is no difference between 2 very different scenarios… fmd. And you then claim travel is not an issue anymore, but somehow playing a co-tenant is a frontier to great to overcome… do you see the absurdity? And then you regurgitate what has always been known ‘it is easier to play at home against a visiting team’. Do you understand that when you play most of your games at home, you don’t visit other grounds as much?

Don’t bother answering the question, just go Scomo instead. Enjoy the rest of your day.

Obsessed, do you think it is easier to play at your home ground (which includes no travelling, sleep in your own bed, no timezone differences) against a co-tenant, or playing away from your home ground?

“Interstate supporters have had their travel furphy well and truly demolished”… lol this says the Bulldogs are a very good team, and Port didn’t show up. The last 2 years has shown what exactly? You are seriously trying to make an apples for apples comparison? There’s ignorance in your arrogance.

Yeah, i forgot about that year between Pav and Fyfe. Fyfe is not brilliant (imo), he struggles in front of goal (temporary yips? hope so), he is suffering long periods on the sideline through injuries (just unfortunate? body not up to it anymore? a new role perhaps?), the team has often played well without him (coincidence?)… one more year, and handover to next captain in waiting (Brayshaw will be 23). Yes, Brayshaw is young, but he has been talked up as a future captain. Brayshaw/Longmuir might be the captain/coach combo to get us to a GF… providing we have a firing forward line.

Good decision by Cotchin and Tigers. Have a sensible handover, with Cotchin still there, as a wise head, for support. I don’t think Dusty would want the role, and would be a waste to give it to Reiwoldt.
I would like to see Freo hand the reins to Brayshaw, let Fyfe focus on footy. I was so disappointed Mundy didn’t get the captaincy after Pav, unfortunately some young guns are given the responsibility in an effort to keep them happy/contracted, and they are not necessarily the best leaders. Not saying Fyfe was bad, just think Mundy is a better leader… Judd and Ablett Jnr are examples of guns who were not strong leaders.

Apparently you are not allowed to mention ‘truly away’ games. Time spent travelling, sleeping in a different env, crossing time zones, playing at numerous different grounds, can not be considered when discussing home ground advantage. Somehow it is not relevant… might be because it doesn’t impact Melbourne teams that much.

“I’m fully committed to the club” sounds eerily similar to “the coach has the full backing of the board”. Such cynicism these days.
Tbf, Neale and partner may have had another think and realised it won’t be that bad next year travel wise.

Genuine question – is Sam McClure, et al, directly employed by the AFL, whom negotiated with the WA govt? Is McGuire a separate business entity requiring to apply for his own entry independently?
If so, why should Eddie get approval over every other business person trying to enter WA from a hotspot? I don’t know the relationship between all these parties, but, I am reluctant to call it ‘arbitrary’ when it might be that he does not meet the criteria to enter WA at this point in time.

Is this referring to McGowan? If so, not sure he is anymore vocal or arrogant than Berejiklian… Berejiklian trumpeted her govt’s Gold Standard approach to lockdowns and how other state leaders should do the same. The significant difference between the two of them is one was successful and the other is in lockdown. Fostering division(how, where?) in Australian society for political gain? FMD, did you see the last state election? An absolute landslide, the most comprehensive win by any party in state politics… you couldn’t get greater unity in society.
I think he can be a loud arrogant tw*t at times, but trying to paint him as the villian is more reflective of your agenda than anything else.

Agreed. Whilst I am leaning towards Cats, I will wait for line ups and weather conditions before I fully commit. It could go either way imo.
Lions v Doggies I am a bit more convinced Lions can win… but no certainties for either games.
IMO both semis will be entertaining and close, but, i am confident that none of these teams will progress past prelims.

Port, and other finals participants, are living in a pretty strict bubble mode which puts them in a better position, than joe public, to cross borders. Also, the puspose of pre-GF bye is to address any quarantine requirements. It could happen, but it is unlikely… even GWS can still make the GF.

Only someone who feels so entitled could whine as much as McGuire. Love the nepotism story, very endearing to the public.

Ch7 have sole live broadcast rights for the GF don’t they? Or at least that was the case.

Don't lock it in Eddie: McGuire denied entry to WA for the Grand Final

Yeah, 5-8 are mostly never in the race… but is GWS’ recent finals history much worse than Geelong’s? With Toby out, GWS might also not be in it mentally tbf.
Neither team will go beyond a prelim, i am just not sure who will win.

Cats v GWS will be interesting… i wonder if the Geelong players are perhaps now thinking they are just making up the numbers and will not make it pass a prelim, let alone win a GF. It is quite possible that GWS will simply be to fast for the Cats, and the Cats might be out of the contest mentally. I am not sure who I will tip yet. Will tip Lions over Doggies though.

So… people who don’t live in Victoria have to take time off work, pay a premium for flights and accommodation, on top of the cost of GF tickets? Fairness, who would want that.

Spot on. Every second year at the MCG is a fair arrangement, and the other states can rotate, or pass up, their hosting. GF at Adelaide Oval? I’d like to see that. A refurbished Olympic Games ready GABBA? Sweet.

MCG to host until 2059… another 38 years.
It is a pretty sad indictment of the AFL that they would only ever show “consideration” to Australians outside of Victoria when Melbourne is enduring a pandemic and it is in their financial interest to do so. The AFL is quite happy to lobby these same other Australians for massive infrastructure spending to showcase their product, or lobby them to “sponsor”/host Melbourne teams’ home games…. but put a team in Tassie? get stuffed.
The AFL will trumpet for years at how generous, and considerate, they were for playing a GF in Brisbane and Perth… when they had no choice.
Apologies for the venting… but it is a grotesque betrayal of Aussie Rules fans, and AR history outside Victoria.

Finals weeks would hurt more, so 3 weeks is like 6 weeks, imo. I wonder if it might have been more if in the start/middle of the season. Consistency of this punishment will be heavily, and rightly, scrutinised when it applies to a favourite son or a fairytale team.