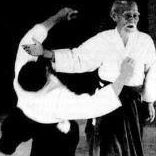 you fk a one goat!

who said we should all do the same thing?
Izzy and anyone is free to do whatthey want / say and I really don’t give a rats – just like i don’t give a rats about your comments now
you know what they say about opinions mate
and yes, everyone does have them

why is Sterling the oldest on the list – didn’t they play rugby league before the 1970’s?
no one of value before the 70’s?

Who is the ultimate playmaker in NRL history?

We are all allowed freedom of speech, and we should defend a persons right to say what they want no matter how morally reprehensible we find it. BUT companies and organisations also have the write to employ those who will not sully their brand which then may affect sponsors etc. We live in a world of big money sponsorship whether we like it of not.
My question is – why do people of today feel the need to post their thoughts and views on social media where you may be crucified by that very same social platform?
Izzy is free to have his views as we all are, if he was smart enough to keep his fingers off the keyboard he’d still be earning heaps for the Tahs and Wallabies

if you believe in the bible as the word of God, and you believe in God then you should believe EVERY WORD that is written in it – you don’t pick and choose what you want to believe in.
Maybe we should ask Izzy his answers to the questions posted to Dr Laura as she clearly didn’t answer them

Athletics – Usain Bolt? doesn’t athletics also include 5k, 10k, marathons, shot put, high jump,. the list of events goes on – 44 in fact (according to wikipedia)
he was a fast sprinter and fair chance would come dead last in probably every other event apart from the 100m & 200m

meant to say “Ritchie” as in the late, great Richie Benaud (of the 12th man fame) – damn my fat fingers

Nine and Stan's rugby commentary team has finally been confirmed

i thought it was because they gave him a verbal warning, not a written one. Pretty sure every playing contract would have clauses about what they can / cant print on social media

mate – i dont give a rats what he thinks or says. I hope he never playes again in any sport after that dog act that he did by suing the ARU. They said “don’t do it again” and he did then complained when they acted on it. Apart from that i have a/ no idea why everyone think they need to post anything on their social media and b/ why others get pissed about what they may say on said social media. But then just look at almost every news article on Yahoo news – everyone is “outraged” or every act is “disgraceful”

Folau’s comments and ignorance comes from the teachings of the Christian Church – so why aren’t people having a go at the church? Bet if he was a Muslim everyone would be going boonta about what crap the Imam was putting in his head – so why not the same about a priest?
The words he spews comes from the bible – an ancient novel full of murder, corruption, homophobia, bestiality, incest and cruelty that is read to children on Sundays

what about the ol’ Reebok “Volcano Vomit on a rag” jersey – make a comeback?

if a good “gold” is an issue, can we play in a green jersey (much like the Kangaroos) and have the “gold” as the alternate for when they play the Safa’s or Irish?
the Jillaroo’s “gold” jersey isn’t too bad a color, they just gotta stop all of the stupid additions like the 2015 jersey with the green thing on the shoulder.
Does the ARU have any say on the final product cuz it certainly looks like they don’t

if “Mango Gold” is taken – is that a bit like Rickie’s dilema – what colour jacket do you want darl – the cream, the bone, the white, the off white, the ivory, or the beige?
maybe we need queer eye for the rugby guy to design the playing strip?

think the Kooga Wallabies jersey colour was pretty good – having said thathave seen 2 different colours on the internet, a pale version and a darker yellow – i like the darker yellow. As long as we never see a jersey with a bra again! (like that CCC model)

maybe, but every kid in Un Zud wants to play for the Blecks. In Oz most play for fun, to hit the terps after a game then go to work on Monday with little thought of State or National possibilities.

i remember years ago that a rugby league game was played before a Super Rugby game, think the league boys were lined along the tunnel waiting for the rugby boys to leave the change rooms to get to the field – think Hindy or someone said they couldn’t believe the size of the rugby players – 6’7″ locks etc. Maybe can do the same have a rugger game before a Parra game or something?

personally I liked the Adidas strip. And socks – they’re either solid, or hooped, not these bl00dy stupid designs where the calf is a different colour or whatever they come up with these days

Rugby is the “old boys” private school game, rugby league is the workers game – how many posh private schools are out west? There one just down the road from Lidcombe Oval yeah? So the Rah-Rah crowd from the Eastern Suburbs would have to drive their Mercs & Beamers way out west, then probably pay a small fortune for game tickets at a stadium where cucumber sandwiches aren’t served (and goon bag cheap plonk is)- no wonder no one shows up

Go Wests Magpies, but not forever

if the women expect same pay as the men then they have to put out a comparable product – 16teams where atleast half will be competitive etc. It’s taken the mens comp 100 years to get on the big coin, I saw where Brett Kenny said he got $5k at the end of the year in a 1 off payment. The big $$ from the mens comes from bums on seats (granted – not a lot at the Roosters games), merchandise, sponsorship, TV deals. By rights the women should be getting paid based on the crowds to their games, sponsorships for their games / clubs, their merchandise, TV for their games. Trouble is got to get the playing numbers up first