Sport superstars call it a miracle healer; scientists call it a sham, Western medicine’s version of the tiger penis. Governments have banned it, and anti-doping organisations don’t know what to make of it.

Its name is Actovegin. And it’s causing some problems.

When Usain Bolt failed to turn up at the Camperdown Classic in Kingston last Saturday everyone thought the worst: he’s injured.

The UK’s Daily Mail reported that he’d been seen in Munich visiting a German doctor with a name Frankenstein author Mary Shelley would have admired: Dr Hans-Wilhelm Muller-Wohlfahrt.

What was Bolt doing there? Was he receiving infrared heat treatment on his troublesome back? Ultrasound on a dodgy leg? Did he have Gatorade G Series poisoning?

No, according to his agent he was just getting a “check up”. That is to say, he was being filled with holes by a soft-tissue physician whose modus operandi is to administer multiple injections of extract of calf blood and cockerel crest.

Dr Muller-Wohlfahrt (no, he doesn’t treat flatulence in wild dogs) is a “well preserved” 69-year-old physician with longish black hair who operates out of an 800-year-old Gothic castle.

In an interview with ESPN in December the doctor described his treatments and his major medicament, Actovegin.

Actovegin is an amino acid-rich concoction obtained from the blood of veal calves and contains, among others things, the natural lubricant thyaluronan sucked from the combs of dead roosters. It is injected directly into the damaged tissue along with “a mixture of homoeopathic substances”.

The treatment is said to reduce the recovery period of hamstring tears by up to 70 percent.

The doctor’s patients, mainly sporting legends like Ronaldo and Bolt, swear by the treatment. They certainly swear during it as it can involve receiving hundreds of injections.

The Australian public first heard about the dear doctor when Geelong defender Max Rooke was sent to Munich and successfully treated for a severe hamstring injury prior to the 2007 AFL finals.

At least one other club had previously investigated the possibility of using the doctor without attracting the ridicule of the public, or the attention of the AFL and oppostion teams.

In 2001 Essendon skipper James Hird spent six hours in Muller-Wohlfahrt’s waiting room for news about the miracle treatment. The following year Hird would have more pressing medical concerns, like getting his face reconstructed after falling onto a teammate’s knee.

NRL premiers Manly were allegedly injecting the calf-blood extract themselves in 2008.

The US government, though, wants nothing to do with the magic elixir, and has banned its use, sale and importation.

In 2000 the IOC became suspicious when the substance kept popping up in cyclists’ kit bags and banned it, before unbanning the following year because there was no proof it could enhance performance.

WADA has not placed Actovegin on its prohibited list but investigations into its possible use as a performance enhancer are continuing. It is forbidden, however, to take it intravenously as per WADA’s prohibited methods: “Intravenous infusions and/or injections of more than 50 mL per six-hour period are prohibited except for those legitimately received in the course of hospital admissions or clinical investigations.”

The problem is that there’s no definitive data explaining how it works. No one, including the doctor himself, appears to know what it does exactly.

There are suggestions it “improves absorption of glucose and oxygen uptake in tissues”, “enhances aerobic oxidisation in mammals”, and it was mentioned somewhere that it “improved oxygen transport” which all sound suspiciously like the sort of things an increase in red blood cells does – accomplished through blood transfusions and the use of EPO.

If WADA can’t work it out, I’ve got no hope.

Muller-Wohlfahrt’s favourite words are “homeopathic substances” and “stimulate”. For a doctor, his description of the Actovegin treatment is severely lacking in scientific detail but also – with the assistance of a strong Teutonic accent – chock full of uncomfortable connotations: “I go into the body and bring in homoeopathic substances to stimulate the metabolism, or the regeneration”.

I wonder if the manufacturer of Actovegin wants an eccentric figure like Muller-Wohlfahrt promoting the use of its product. He states he doesn’t use painkillers or chemical substances, “only homeopathic substances,” but there on the surgical tray sits a big bottle of mepivacaine, an anaesthetic.

”The first set of needles is an anaesthetic, so the patient doesn’t cry,” he says, giggling.

To his credit he admits the scientific proof is not yet there (he obviously doesn’t have the desire, energy or capability to find it) and that his strengths lie in the readiness to listen to patients, his injecting technique and his “instinct.”

He seems a genuinely nice chap and has the confidence of some of the world’s best athletes who would know a good treatment when it enters them.

Also, he has been a team doctor for the football giant Bayern Munich for over 30 years.

Apparently none of his patients have been harmed as a result of his treatment, unless there’s a bath of sulphuric acid in the basement containing a couple of sprinters we’ve forgotten about.

He has been transparent with his procedures, up to a point. Certainly he has allowed journalists to witness him turning athletes into flesh colanders. It’s the identification of his “homoeopathic substances” – the source of his reputation and wealth – that he keeps secret.

It is the mixing of performance enhancers and masking agents with Actovegin that worries the IOC and WADA. Actovegin was found in the satchels dumped by Lance Armstrong’s US Postal physician during the 2000 Tour. Well known doping cyclists Jesus Manzano and Joseph Papp said they were regularly injected with a cocktail of drugs that included Actovegin.

As a lone supplement Papp believed it was useless but kept taking it “because of the warped mentality of the doper that dictates trying just about anything he thinks might improve performance.”

If the stuff truly is a healing medicine then it’s a miracle for those who suffer chronic injuries and hamstring tears.

And with a trail of calf and cockerel carcasses leading straight to him, Dr Hans-Wilhelm Muller-Wohlfahrt may have to worry about animal rights groups before he worries about WADA. 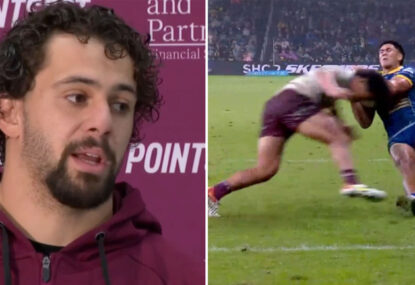