Without a single player in their squad who has beaten the All Blacks in New Zealand, the Wallabies finalised preparations for Saturday night’s date with destiny by sourcing inspiration from a rare moment in history when Australia did climb off the canvas to win in Auckland.

The injury-depleted Wallabies are $7.00 outsiders to break a 26-year drought against the home side at Eden Park and keep the Bledisloe Cup battle alive.

But if their 1978 predecessors are anything to go by, rugby doesn’t always follow a script.

Australia’s ’78 tourists headed to a third Test at Eden Park 2-0 down in the series, missing six of their stars through injury and without their coach, Daryl Haberecht, who had suffered a pre-match heart attack.

But despite effectively coaching themselves in the days leading up to the match and being written off by the locals, the Wallabies left Eden Park with a record 30-16 win, highlighted by Greg Cornelsen’s four-try haul.

Australia’s captain during that series, Tony Shaw, presented the Wallabies with their jerseys on Friday and gave a clear message of why getting on the front foot in the forward battle is the key to victory.

“The adversity, two skippers down and out (James Horwill and David Pocock), lots of injuries and being written off. It’s very similar,” Shaw said.

The pressure from a partisan All Black crowd won’t be felt more by anyone on Saturday than under-fire Wallabies star Quade Cooper.

“It’s a wonderful, wonderful opportunity for (Quade) to shine. Get the demons off his brain. And he will,” Shaw said.

Cooper’s disastrous last visits to Eden Park during the World Cup have been well documented, but stand-in skipper Will Genia says the five-eighth will bring a settling feel.

“I think the greatest strength Quade brings to our game is just his communication and his organisation,” said Genia.

“He gives the guys a lot of confidence inside and outside him because they know where they’re going and they have clarity on direction and play.

“We just have to enter the game with the right frame of mind and that means blocking out external pressures and worrying about what’s important.”

Wallabies coach Robbie Deans insists Kurtley Beale is ready to produce a backs-to-the-wall performance despite dumping him to the reserves bench after a shocker in Sydney last week.

It remains to be seen whether taking responsibility away from a star player for one bad performance will help or hinder Beale’s confidence, but Deans said the dynamic attacking weapon would play a vital impact role if the game is tight.

“He’s a great option off the bench, obviously he was a little bit out of sorts last week and hasn’t been brimming full of confidence but players like Kurtley are only ever a moment away from that. He can produce something others can’t,” said Deans.

Tatafu Polota-Nau (corked backside) was ruled out of the squad entirely after failing to complete the captain’s run, with Saia Faingaa taking his place on a 4-3 bench that also features uncapped openside flanker Liam Gill.

The impression Scott Robertson gives is of an unorthodox, slightly wacky coach who has been extraordinarily successful at national level but is untried yet… 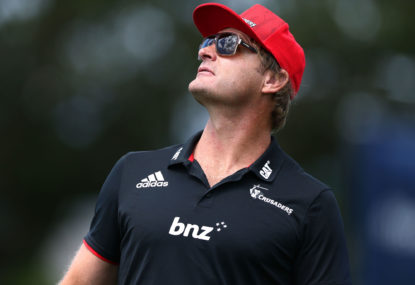 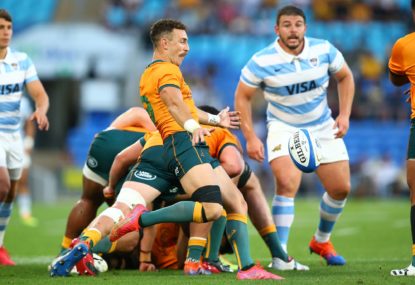 Six of the oldest rugby nations will clash in July. A second Six Nations in the South. What plots await? Yes, France will play…

'Heartache after heartache': The 10 rival players All Black fans feared the most

Over the years, there have been certain players who sent the proverbial willies up us Kiwi fans. Players who caused a lump to develop… 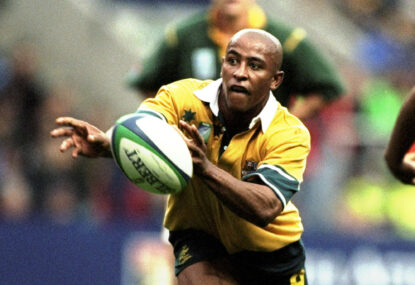 'Heartache after heartache': The 10 rival players All Black fans feared the most