The Roar
13th December, 2012
4
Join the conversation
Advertisement
Write for The Roar

My UFC debut back in July was supposed to be the best night of my career, my coming out party.

It was my opportunity to show the UFC fans, and everybody watching around the world, what I was all about and what I could do to the middleweight division.

Unfortunately, it didn’t exactly go according to plan. Rather than a coming out party, my UFC debut was a frustrating night at the office, and rather than make a statement, I suffered a defeat to Tim Boestch, my first loss for six years.

Looking back, I couldn’t tell you what went wrong. I was happy going into the fight and was physically fit and ready to go. It was the moment I’d been waiting for.

Even just fighting in the UFC meant I was a happy man. I didn’t think too much about my opponent, I just wanted to get in there and show the UFC fans what I could do.

The Octagon wasn’t a problem, nor was any kind of Octagon shock. I’d fought in Bellator before, so knew what it was like to compete in a cage, and the environment itself felt fine on the night. Also, even though a UFC debut is a big deal, I was very mature and experienced by the time I entered the organization. I wasn’t some young kid, and certainly wasn’t nervous or worried.

Boestch was tough, durable and strong – exactly as I expected him to be. He stuck in there. He threw a few good kicks and punches along the way, but I don’t think he won the fight.

Yes, he might have done better than people expected him to, but that doesn’t mean he automatically wins the fight. I still say if you look at that fight round-by-round, I should have received the decision at the end of it. I don’t think Boetsch did enough to deserve the victory.

It wasn’t my best performance, no, but I still believe I should have won. And knowing that I can beat guys like Boetsch at my very worst gives me hope for the future. When I do turn up and give my best in future fights, I know for a fact I will be winning in spectacular fashion.

I’d love to fight Tim Boetsch again. Not only fight him again, but beat him again. I’ll put the record straight this time. I’d do many things differently in a rematch, but, most importantly of all, I wouldn’t leave it in the hands of the judges.

Dana White warns fighters not to do that and it’s good advice. By leaving a fight in the hands of the judges, you’re basically asking three people to determine your career path for you.

I don’t want to have to rely on other people to tell me how well I’ve done. I want to go out there and finish fights in a dramatic fashion. I don’t want there to be any doubt. And if Boetsch crosses my path again at some point in the future, I have no doubt I’ll take the fight out of the hands of the judges.

I also know that to get to Boetsch, and one day redeem myself, I must defeat Rousimar Palhares tomorrow. I’m not looking beyond Palhares right now, because a win over him unlocks everything else. But if I come up short again, my career will be in a very bad place.

Going into this fight I am using the disappointment of the Boetsch loss to fuel my fire and inspire me to look for the stoppage from the moment the fight begins.

I’m not looking to beat Palhares by decision or just ‘squeak’ past him. I want to beat him emphatically and for there to be no doubt at the end of the fight.

UFC middleweight contender Hector Lombard is an Cuban-born, Australian mixed martial artist, currently fighting in the Ultimate Fighting Championship. Hector learnt Judo from a very young age and went on to represent Cuba at the Sydney Olympic Games in 2000. After later moving to Australia, he turned to MMA and became national champion building an unrivalled string of victories. Follow him on Twitter at @HectorLombard

Deontay Wilder has once again come under fire for a lack of grace after his loss to the Gypsy King. 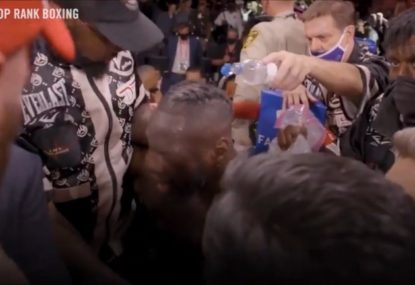 What an incredible entrance to the much-hyped fight from the Bronze Bomber! 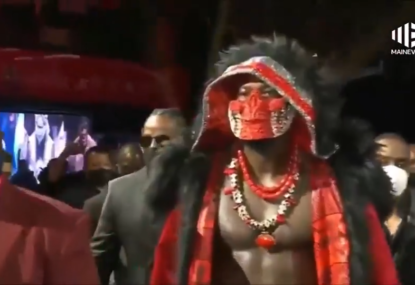