Email leak may be bad for Wallabies: Foley

Justin Chadwick
16th May, 2013
5
Join the conversation
Advertisement
Write for The Roar

Western Force coach Michael Foley fears the email leak that has rocked the Australian Rugby Union could be a distraction for players ahead of the series against the British and Irish Lions.

The coaches of Australia’s Super Rugby sides were left fuming after an email they received from Wallabies mentor Robbie Deans containing their collective Test selections was leaked to a media organisation.

NSW coach Michael Cheika reportedly didn’t take part in the exercise, but the other four coaches all put forward their nominated 23-man Wallabies squads to Deans.

The email Deans sent back containing their collective selections was the one that got leaked.

It remains a mystery who leaked the email, but Foley said the biggest loser out of the ordeal could be the players who are fighting for Test selection.

Star Reds flyhalf Quade Cooper and rugby convert Israel Folau failed to make the coaches’ squad, but it didn’t take into account their form over the past few weeks.

The actual Wallabies squad for the Lions series will be named on Sunday.

“I feel more for the players that have to read that sort of thing in the media and then try and second guess things when all they should be thinking about right now is how they’re going to play,” Foley said.

“I’ve been on the other side of the fence as a player aspiring to try and make a Lions series, which is a once in a lifetime chance.

“I think this sort of media speculation on the eve of the squad being announced could be a potential distraction.

“I hope it’s not for the players, because the play across Australia this year has been significantly better than what it was last year.”

Foley said the leak wouldn’t deter him from sharing his thoughts with the Australian Rugby Union in the future.

“I think the dialogue between the national head coach and the head coaches of the states should be open,” Foley said.

“That dialogue is extremely important and wouldn’t make me reluctant in the future.

“Robbie sent us an email the other night apologising for the fact that he had been made aware that it was going to be publicised the next day.

“We just move on. I don’t know if a witch hunt helps anybody, but I would like to know where it came from.”

World Rugby has rejected a proposal for an unofficial World Cup event next year aimed at boosting the game’s finances after the coronavirus stoppage.

The enforced lockdown thanks to the coronavirus has afforded an opportunity to wander down rugby union’s memory lane and review a few favourite games I have attended in the past. 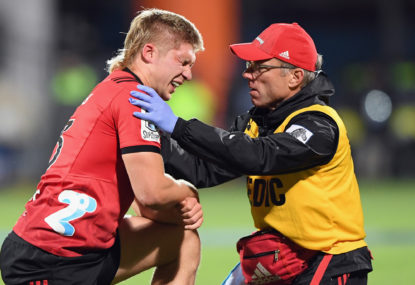