Rugby league needs to let its wild ones play

In the cut-throat modern sporting industry and progressive disposition of 21st century life, many vital contributors to their respective trades are quickly forgotten once they part from the limelight.

What’s most disheartening about this is that the masses who revere the game these individuals once belonged to often do not acknowledge how important they were to that code.

It’s as though life in the Western world has become so fast that we can’t even take the time to absorb and understand what has taken place.

The game of rugby league has become a considerable part of Sydney’s, even Australia’s culture. The sport has developed unlike any other Australian sport over the past 20 years, becoming a multi-million dollar business.

Back in 1993 there were only two teams in the competition who hailed from outside New South Wales. Now there are five.

In those days, many first graders needed to work during the week to supplement their playing wages. Today, a number of reserve graders earn enough money to support their families.

And finally, the ’93 NSWRL was a suburban sport that primarily caught the eye of passionate sport-goers and working-class males

Whereas the contemporary version is a corporate enterprise that is broadcast globally and celebrated by men and women alike, with a following that would almost qualify it as an epidemic.

Furthermore, it provides thousands of jobs in roles that would previously have been unimaginable, such as sport scientists, video analysts, marketing coordinators and social welfare consultants.

As a corollary for the stakes of the game being raised, with the game’s profile having been boosted and substantially more revenue extracted, competition for positions within a team or the teams coaching staff become hotly contested.

This, in turn, forces people to cede their audacious, individualist streak in the yearning for consistency.

With the precariousness of jobs, perhaps moreso for coaches than players, players are encouraged to adhere to set structures and are often vilified for making mistakes in an attempt to set the game alight through personal innovative endeavors.

The irony is that it is these latter plays that bring spectators through the turnstiles and finance the game.

Sure, the diehards will continue to turn up irrespective of their side’s aesthetic quality, and some simply marvel at the flawless execution the leading sides exhibit.

But it is unanimous that one will be left begging for more when they witness a Benji Marshall flick pass or a Chris Sandow chip and chase. These rare talents are slowly being purged from modern game, to the audience’s detriment.

Benji Marshall wasn’t any less prominent in the media this season than he was during the early stages of his career, but the common tone of his features was considerably more unforgiving.

He was incessantly ostracised for his patchy form and there were numerous calls for his axing.

While these claims were arguably justifiable, those who were weeping with ecstasy like Laurie Lawrence at the Seoul Olympics when Marshall announced his departure from the code need a reality check.

It is undisputable that the Tigers and Marshall were substandard this year, but to place the brunt of the blame on him is unfair.

He is a one of a kind footballer; a man who can be credited for the healthy state of the sport at junior level, having inspired thousands to replicate his gaudy yet brilliant displays.

With season 2013 as evidence, this scarce breed of footballer cannot also be a team’s general. That would be like having someone adopt the role as bartender and beer consumer concurrently – an utterly foolish initiative.

Yet if we have both, as separate entities under the same unit, we have the recipe for successful proceedings; one who controls and guides, the other who provides the spark and entertainment.

Why then are we condemning these special talents for exercising their autonomy and exuberance?

The game has become rigid, predictable and strikingly meticulous in style.

It is now a general rule that the side that best adheres to the defensive patterns implemented by the coaching staff will emerge the victor.

Accordingly, players must conform to their individual roles, each contributing to that team’s overriding game plan.

If a side has one or two players that direct the ship, then the eccentric individuals can still exist, even flourish in a regimented environment.

We still have a few that roam around in Inglis and Slater, and even the likes of Blake Ferguson and Todd Carney, but the continuation of this breed of player appears impermanent.

Shaun Johnson is rock one week, diamond the next, shouldering the unfair burden that Marshall did of having to guide and create at the same time.

Michael Jennings and Jarryd Hayne are still wonderful players who are excelling for both their club and state. Yet the charisma that they previously brought to the turf has dwindled a little as they are instructed to follow the blueprint of their superiors.

Just let them play, sir. The preeminent ones cannot be coached.

What needs to be understood is that these players will forever be important to our game. They shouldn’t be limited in showcasing their natural aptitude for broken field brilliance, but rather encouraged to play it as they see it.

Yes, the game will continue to develop and it will likely become more mechanical, but these stars can penetrate even the most dogged, committed defensive lines.

They won’t just be effective in maximising the game’s marketability or boosting ticket sales, but they will always be assets to successful teams if utilised correctly.

If you have one or two strategical geniuses who lay a structured platform, you can have a free running game breaker who is mercurial and errant.

This has been seen with a number of recently successful sides – Slater compliments Smith and Cronk, just as a young Marshall did Scotty Prince.

Rugby league is in a very healthy state, but it shouldn’t rest on its laurels as it is in danger of repudiating its freakishly unique luminaries.

Benji Marshall was the epitome of this description and the game has a lot to thank him for. May his legend live on. 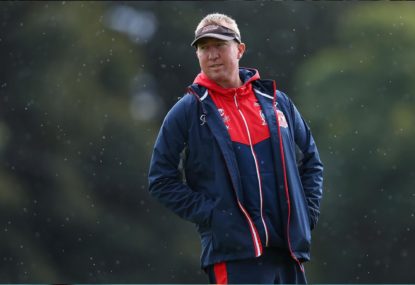 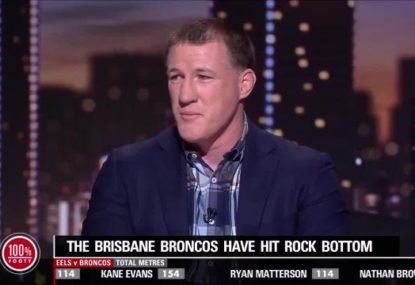 Part 2 is where I look at some good, bad and ugly moments for each club in the top eight. Penrith Panthers The Good: One loss, one draw, 17 wins. An unprecedented run of form, which has delivered the club their first minor premiership since 2003. The Bad: Jack Hetherington, who decided to spend part […]