Socceroos road to Russia: How far can they go under Ange?

There may be a degree of the unknown in what awaits the Socceroos in the first phase of qualifying for Russia 2018 after Tuesday’s draw, but there’s also a sense of anticipation that wasn’t there at the beginning of the past two qualifying cycles.

That buzz is essentially about where Ange Postecoglou might have the reigning Asian champions by the end of the qualifying campaign in 2017.

While Pim Verbeek and Holger Osieck both achieved part of their objective by qualifying the Socceroos for South Africa and Brazil respectively, it’s fair to say they didn’t do it with any great style or thought towards the future.

Pragmatism, conservative selections and tactics, and a general lack of faith and ambition were the hallmarks of the Socceroos between Guus Hiddink and Postecoglou.

How the players managed to conjure the spirit to qualify despite the lack of assured work from the men at the helm is a credit to their resilience as much as it is a reflection on the overall lack of conviction from many of our Asian opponents in those campaigns.

The Socceroos were there for the taking, and on the brink for large parts of the South Africa and Brazil qualifiers, but our opponents didn’t really have the quality to knock us out, essentially meaning we limped to both World Cups.

In the past 18 months, at both the World Cup in Brazil and January’s Asian Cup, Postecoglou has shown that we can at least start to think bigger.

We can start to think about going to Russia with a team on the rise, both in terms of the FIFA rankings and playing formula.

We can think about going to Russia with a detailed plan centered around upbeat attacking and pressing from a young, well-drilled team ready to take it to whatever opponent is thrust at us.

Brazil was very encouraging in that Postecoglou, with such a short preparation, was able to regenerate his squad and convince them they had enough quality to take it to the likes of Chile, Holland and Spain, when the reality was they didn’t.

The period between Brazil and the Asian Cup, with Postecoglou chopping and changing his players around, had many worried he just didn’t have the quality to get the job done in January.

But again he proved the doubters wrong, highlighting what power a detailed preparation, knowledge and mental strength can bring a squad.

The fact he was able to deal with the pressure of playing at home to overcome a well-led South Korean side, with style, spoke volumes to the qualities the manager has already brought into the national team, or brought back.

Apart from the development shown from the likes of Matt Ryan, Trent Sainsbury and Mass Luongo, one of the great features of the Asian Cup was that the majority contributed, both in terms of goals and overall performance.

All the players bought in to the Postecoglou plan. 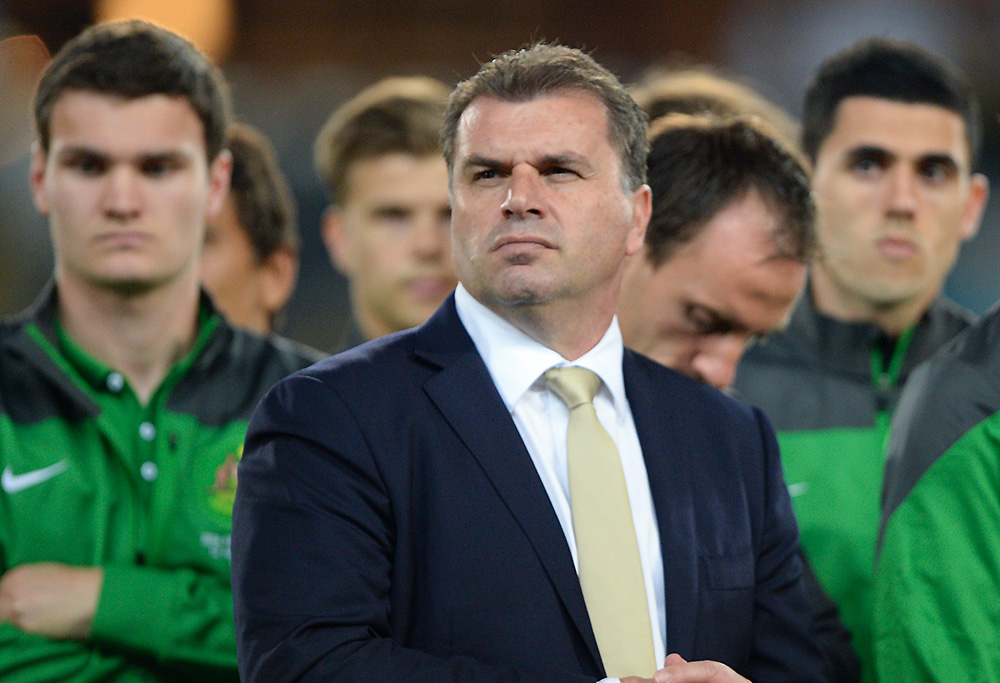 Above all else this looked a happy and united squad, something we didn’t sense under Verbeek and Osieck, who appeared to play favourites and passed on too much power to the “stars”.

The FFA, obsessed about commercialising “Brand Socceroos”, were complicit  in all this, enabling the culture to fester and not have the smarts to identify the problem.

It’s taken Postecoglou, with all his football sense, to come in apply a sweep of the broom.

The Asian Cup success gives him even more authority. Managing the inevitable Tim Cahill exit, which he has done so well already, finding a reliable solution at right back and a long term team enabler in the number six role are just some of the tasks ahead.

When I asked Postecoglou, in the immediate aftermath of the Asian Cup win, what comes next and how he plans to take the team forward at a technical level, he was straight into the detail, sure of way forward.

There was no great song and dance, but you could tell he’d already thought the question through in his own mind.

The path had only begun. It was about continued improvement, he argued, as individuals and a team, and eventually getting to the point where the Roos could go to the World Cup convinced they had the game to make an inroad beyond the group phase.

Fundamentally, can we go to the level of being a team that can not only hurt opponents by pressing and transitioning hard, but by having the smarts and creativity to break down teams that play with a packed defence?

Do we have to smarts, even if we are controlling possession, to not get caught out in defensive transition?

In all this, who comes through over the next few years to become a new star not only for the national team, but on the European club scene?

Do we start to see some of the technically proficient kids that have come through the national curriculum pathway break through ahead of Russia?

While trips to Kyrgyzstan, Tajikistan, Jordan and Bangladesh await in the second half of this year, Postecoglou will balance getting results against the broader agenda of growing the team.

The second part of that agenda is something we haven’t seen the past two World Cup campaigns, and that makes the road to Russia an intriguing watch.