It was refreshing to hear someone on the other side of the Tasman pumping up the New Zealand Warriors’ potential for 2016 this week, in the wake of Issac Luke signing on.

“Gentleman, I see a premiership coming for the Warriors,” said Matty Johns on Monday Night with Matty Johns.

“New Zealand rugby league is booming at the moment… These blokes are just the perfect signings for this football team. They’re headed for big things.”

The signings of Roger Tuivasa-Sheck and Issac Luke have been significant for the Warriors, and their supporters can justifiably expect their team to not only make the top four but also be a genuine title contender in 2016.

The NRL has proven time and time again that teams can have the best coach in the world or be stacked with great players but until they’ve got world-class talent dominating their spine – hooker, halfback, five-eighth and fullback – then they’re more likely to be a pretender than a contender come finals time.

Securing a world-class hooker and fullback now means the Warriors’ spine for 2016 looks even classier than the Lance Hohaia, Shaun Johnson, James Maloney and Kevin Locke combination that took them all the way to the grand final in 2011. That season was Hohaia’s last with the club, Ivan Cleary’s last as coach, and also John Hart’s final year as part of the front office.

The importance of getting your front office right is often referred to as the key element professional sports teams need to rectify before they can progress towards better results. When Jim Doyle became CEO of the Warriors late last year people expected with his impressive track record he’d eventually lead the team to better results – but how long that would take was anyone’s guess.

To already know by May 2015 that in 2016 the Warriors’ spine will include Luke, Johnson, Tuivasa-Sheck and either Thomas Leuluai or Tuimoala Lolohea at five-eighth is not only encouraging for Warriors fans but also a scary proposition for rival clubs.

The selection at five-eighth will be crucial. Maloney demonstrated in 2011 how valuable having the right style of player in the number 6 jersey can be to allow Johnson to shine. Kieran Foran’s done the same for Johnson in the Kiwis.

Moving Leuluai to five-eighth makes the most sense when you look at the Warriors’ current roster. Of course the Johnson/Lolohea combination is mouth-watering for the unpredictable excitement it would provide, but to get the best out of Johnson, Leuluai appears the most sensible option.

Don’t totally discount the prospect of Jim Doyle acquiring another five-eighth to throw in the mix before next season starts. Doyle has respect and good connections in the Australian league community, and the playing roster he’s already secured for next year will have Aussies more open than ever to the idea of linking up with the Warriors.

Looking even further ahead the other flow-on affect of securing such a world-class spine is that promising young Kiwis are more likely now to think twice about leaving New Zealand to further their rugby league careers.

The Melbourne Storm and Manly spines have been the envy of most NRL clubs the last decade. While Craig Bellamy and Des Hasler can argue they nurtured these spines to make them the great combinations they became, people would also be justified in saying that these situations were just as much about these great players helping to make their coaches great.

From 2016 on Andrew McFadden will have no excuse as coach of the Warriors – he’ll have the cattle on board capable of winning the NRL. If he manages to do so you can add it to the long list of sporting successes that started in the front office.

It was an electric finish! 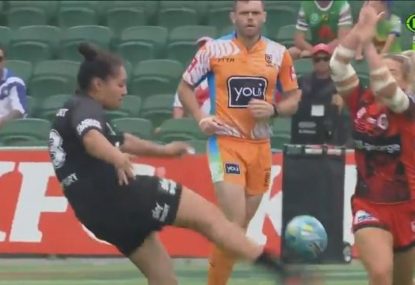 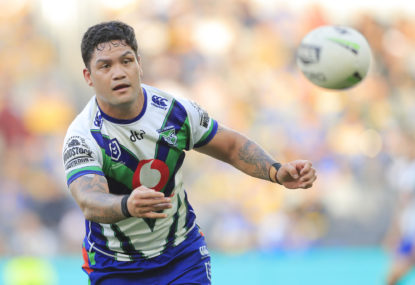