He confessed he has failed to come to terms with the death of the much loved Adelaide coach in early July and hasn’t played football for almost a month. He, like other young recruits at the club, had seen Walsh as a mentor and spent time with him regularly chatting about life and football.

“He’s had a massive impact on my life,” Siggins said shortly after Walsh was murdered.

“He taught me how to be a better footballer but most of all how to enjoy life outside of football.

“I’ve never met a man who would care so much for others and try help get the best out of them.

“He treated every player equally and made everyone feel a part of it.

“The boys loved him. The way he spoke to us as a group was so powerful and he would have you sitting on the edge of your seat at every meeting.

“I only knew him for eight months but it felt like a decade. I’ll miss him so much.”

He was taken at pick 62 in the 2012 national draft and was seen as a long term player suited to take over from Ben Rutten when he retired. At 196cm and 90 kgs he has good skills by hand and foot and elite endurance. He reads the play well and is excellent overhead and in one on one situations. He was part of the defender development program that the Crows had set up.

Injury has also kept him out of the crows reserve side limiting him to just 6 games for the year.

Siggins had recently approached the club for talks regarding his future and as a result has decided to part ways with Adelaide. The club will keep offering the 21-year-old advice and try to “assist in his future endeavours”. 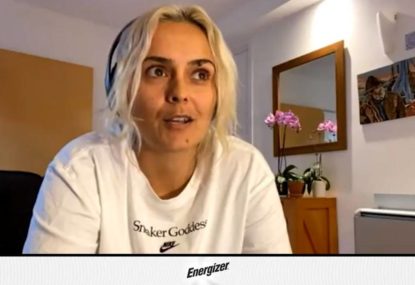