The Roar
29th September, 2015
12
Join the conversation
1533 Reads
Advertisement
Write for The Roar

Squash is often a bit of a neglected sport in the chock-full Australian sporting landscape. We often forget that, along with golf and tennis, is a very high participation sport in this country.

We at The Roar were lucky enough to talk about the state of professional and amateur squash in this country with professional Aaron Frankomb, who heads up the East Coast Squash Academy in Sydney.

He’s a man who’s travelled the world playing the game he loves, and has found himself back home helping others how to reach the top of their games.

Tell us a little bit about your professional squash career
The professional stage of my career started at age 17, when I received a scholarship in Brisbane to the Australian Institute of Sport, coached by Geoff Hunt and Rodney Martin. While at the AIS, I developed and got inside the top 80 world rankings by training and playing on the Australian tour.

At 20 years of age, I moved to England to play and train with the best players in the world. I found a very good training environment being around players in the top ten – Nick Mathew, James Wilstrop, Ong Beng Hee and Stuart Boswell.

I further developed and got into the top 40 in the world. While in England, I ended up connecting with the former England national coach David Pearson who I thoroughly enjoyed working with.

What’s life really like for a modern professional squash player?
Being a squash player is a very exciting lifestyle because you get to travel the world and experience different cultures. The PSA tour covers 6 of the seven continents of the world!

I reached a career high of 38 in the world and I was breaking even financially. For players who don’t get to a top 40-50 ranking, it can be quite challenging financially as well as personally. Sure there are a lot of advantages, but there are a lot of sacrifices to be made to be in peak shape for 9 to ten months of the year.

What was your best moment on the World Tour?
Winning my first PSA title in Brazil was the best moment. This was in part because I had a lot of trouble getting a visa to Brazil, my travel agent made a mistake and didn’t advise me I needed a visa!

I had to fly to Canberra and beg for a visa on the day I was leaving and explain my situation. Fortunately, they gave it to me on the spot. Then I had a change of flight and connection problems.

Everything got resolved at the very last minute and I ended up playing through all the distractions and taking the title. I was a happy boy! 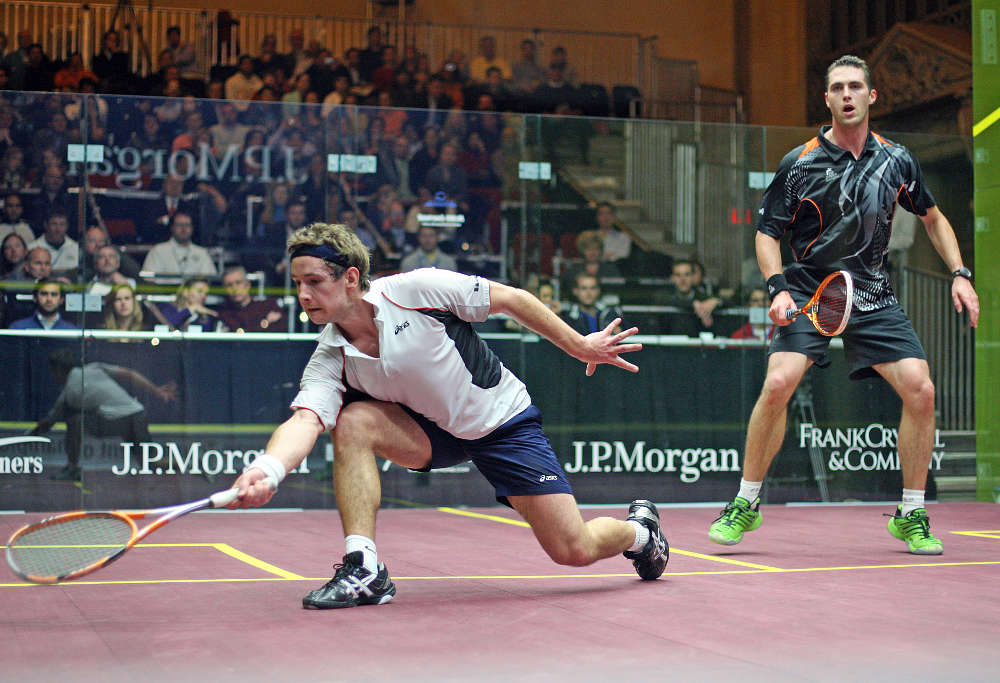 I was in Hong Kong training with the Honk Kong Institute of Sport in a training match with Dick Lau, the number 1 Hong Kong player at that time. It was towards the back end of the match, and I slipped on sweat throwing myself into a big lunge into the front left hand corner on my backhand.

My leg gave way and that was it, I was down and out. It was a very frustrating period, getting mixed opinions from the physios and not being able to earn any money since I couldn’t play.

Who was the toughest opponent you faced?
Greg Gaultier was my toughest opponent. Every time I played him, he just gave me nothing. Every single point I played was brutal and he made me do so much work to earn every point. That is why he reached #1 in the world…

What’s the participation in squash like at the grassroots level?
It was disappointing coming back to Australia in 2011 and seeing the state of affairs of squash in Australia.

Since being back the last four years it’s evident that no one is building the foundation in clubs – that is having coaches developing programs and building the grass roots of the sport. Squash Australia has developed a great program to go into schools (OZ Squash) and improve kids’ awareness of Squash.

The East Coast Squash Academy has been the biggest contributor to grass roots initiatives in NSW and Australia. The Academy’s model caters for the beginner child player all the way to the elite, high performance professional player.

Now, our Academy is the only program in Australia creating programs for Professional, State Team, Regional and start-up players. With over 600 children coming into our programs every week, we have a tiered structure that provides the pathway for children to develop and reach there full potential.

Our program leverages Australia’s best players and gives our young players the opportunity to see first-hand what this standard is so one day they may choose it as their path for their athletic future.

What does squash have to do as a sport/body to push it further out into the mainstream sports media?
I believe the sport needs two big breaks.

Becoming an Olympic sport will bring in a huge increase of revenue through national bodies across the world which will then attract the much needed sponsorship funding needed to finance the sport’s elite players.

Breaking in mass TV. PSA Squash TV is doing a great job developing and moving the game forward as a spectator sport. The Commonwealth Games in Glasgow covered squash on TV and had over a million views for the medal matches – which shows there is interest, but it needs to be put in the face of more people outside the playing public for the awareness of the sport to really gain some ground.

We have a new board and a new CEO so it looks like change is about to come, fingers crossed the right decisions are made.

Regardless, I going to keep my head down and keep promoting the game within the local communities and push the sport’s development forward. We need to show the general public how great our sport is and remind people the good health aspects (voted number one sport for burning calories in “Forbes Magazine”), the mental aspects of the game (a physical game of chess) and how time efficient it is compared to other sports and popular exercises.

Where do you have to be ranked in the world to earn a decent living from squash?
It all depends on what you call a decent living. If you are a top 10 in squash you are doing okay, but it is never going to be comparable to “money sports “ like Tennis or Golf.

A top 10 player in squash in squash earns less than a top 200 player in tennis or golf. That’s just not fair, but it won’t change until squash gets into the Olympics and becomes a TV friendly spectator sport.

Do you see a return to the glory days?
Four years ago when I stepped away from the Tour I accepted the fact that I was hanging up my racquet as a professional squash player. I am still playing here in Sydney and I’m ranked number 1 in NSW, but my ambition isn’t to go back on to the World Tour.

I would make myself available for Australian teams if (at the time) my standard is good enough, which I believe it still is. But my passion is now developing my players and growing the game of squash within the Academy.

This sport has given me a lot so now it’s time I put back into it.

Since it started in 2011, the Academy has grow the Willoughby Squash Club’s junior programs to over 500 children a week (National & State team players) and has built a professional program for High Performance players. The Academy offers several sports psychology components that we believe are a first to be offered to the general playing public.

The Academy has created training programs for beginners to advanced players, increasing program participation by 100%, competitions by 300%, coaching by 700% with a team of coaches that now coach over 50 hours per week.

Even though some people might question squash’s future in Australia, I want the Academy to be part of the solution.

So far it seems like we’re up to the challenge and our players are having the time of their lives playing one of the best sports in the world – squash! 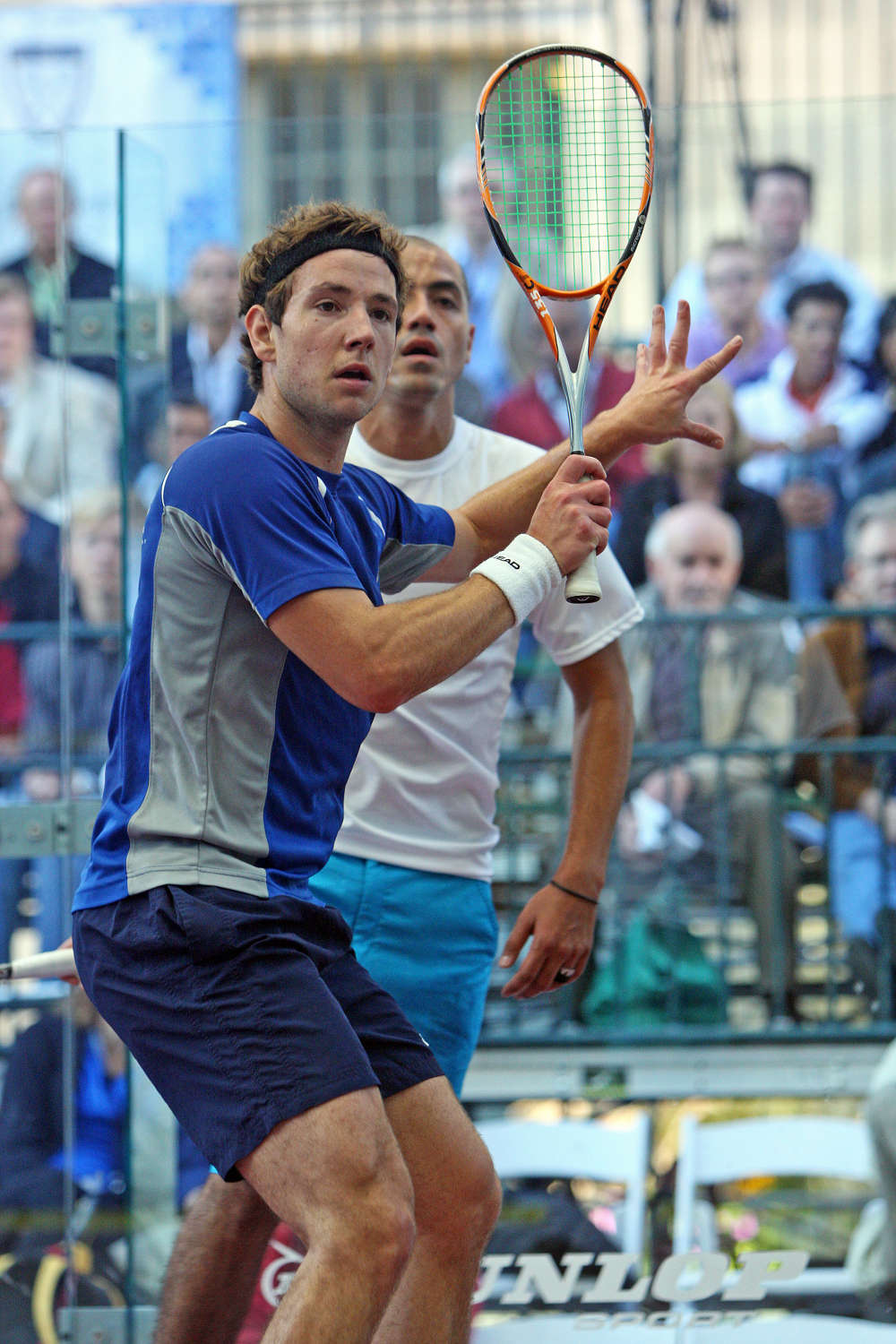