Rugby league is much more than the eighty minutes on the clock. It is more than a match between two grand final teams. This isn’t just about Melbourne versus Cronulla.

The fight to hold the Premiership trophy aloft, as the sole survivor of a brutal 30-week war, is won and lost in the battle between the ears of 34 hardened warriors.

Anyone can run into the meat of the opposition engine room. Everyone can tackle. It is, after all, the grand final. These teams deserve to be there. Victory is snatched with one big play but it’s in the head where it is spawned – the extra effort.

When others are falling down around them, it’s the invisible havoc within that separates glory and despair. It’s over to the players and the struggle begins now.

Some will be beaten long before kick-off, a few as they walk through the bowels of ANZ Stadium as the muffled sound of 80,000 fans seep through the concrete from above.

The jokers are deadly serious pacing up and down the change rooms, 120 kilogram hitmen are shaking like leaves, the ice-cool halfback is vomiting in the showers, coach is talking more than usual – repeating commands, over and over.

If that wasn’t enough, each player has a million thoughts flashing through their minds: “I can’t lose. I cannot let my team down. My family is here. I can’t lose. No mistakes. It’s us or them. I can’t lose”.

And in the clutch with five minutes to play and the scores locked at 12, one man looks across the field into the eye of his opponent: Vanquisher vs. Protector, Champion vs. Gladiator, Mercenary vs. Militant.

With the aches of a millennia in their weary legs, it’s in this moment when the battle is won. From within.

“Well we did folks, we made it all the way to the Grand Final and what a super exciting game we’ve got in store for us. No wait. Strike that. Reverse it.

“This isn’t what was supposed to happen at all. With the Raiders and Cowboys both falling short on the weekend we’ve been left with a Grand Final matchup only a mother could love. Especially if that mother was like, really into Greco-Roman wrestling.

“But enough complaining about the game, the real question is who is going to win it. On the one hand we have the rugby league machine that is the Melbourne Storm, fresh off a ruthless dismantling of the best attack in the game in 2016. The Storm were clinical and precise where the Raiders were careless and haphazard and in the end that was enough. On the other hand we have the Sharks who finally ran the sword through a clearly exhausted Cowboys team. In many ways it was fitting for the Sharks to triumph so emphatically over the Cowboys after Johnathan Thurston’s mob executed them so effectively in Townsville last season.

“In the end I’m taking the Storm in what will likely be a tense if not exhilarating game. Whilst the Sharks have some fine playmakers along their spine and a host of other potential game breakers the Storm have demonstrated again and again this season that they have the wherewithal to strangle any flair the opposition might possess and I expect them deploy that rugged defence to good effect again on Sunday evening.” 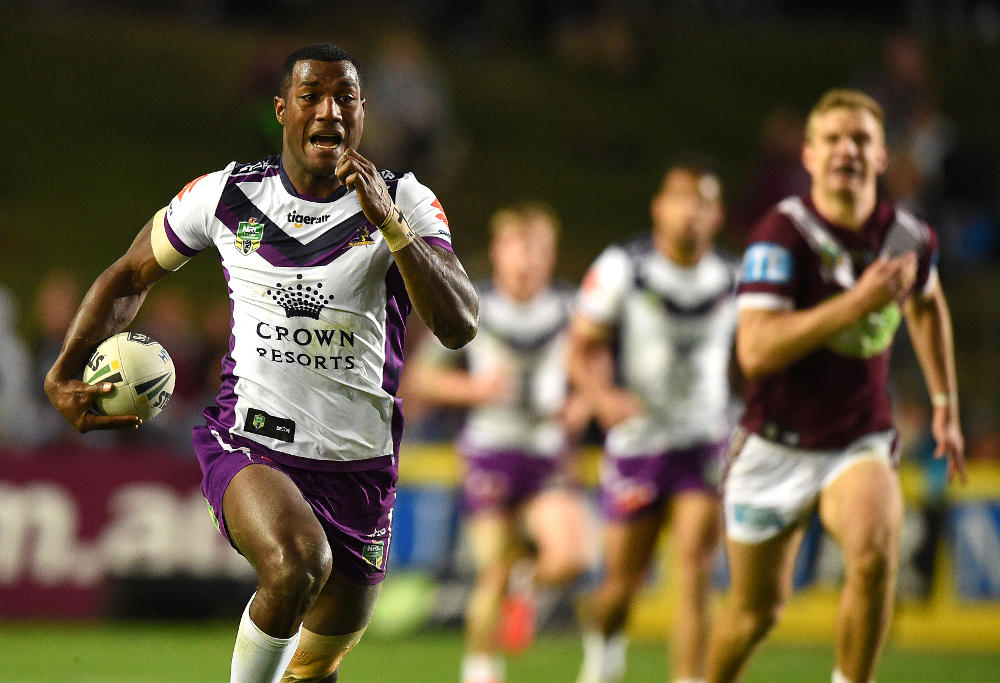 “The Sharks will take 20 minutes to get their heads into the NRL Grand Final. By that point the Storm will have asserted their dominance and will be playing from in front, just the way they like it. The match will be played in the Octagon with play the balls slowed down to glacial speed and players constantly flipped onto their backs well after “held” is pointlessly called by the officials. Cecchin and Cummins are unlikely to blow the whistle even if Cam Smith or Cooper Cronk repeatedly target injured players off the ball – as long as they shake their victims hand afterwards, off course. They’re such top blokes like that.

“That, off course, also means that the Sharks can indulge in some play the ball slowing too. However, they just are just not as polished and practiced at it like the purple blanket is. The Sharks may get lucky if Smith or Cronk get injured, or if Maloney or Barba are right at their attacking best and can get in front of the Storm – at which point we could see another example of how Cronk ain’t so good at chasing scores. But otherwise the Storm will once again demonstrate that the best way to win a game of rugby league these days is to ensure that one doesn’t break out.”

“In the big dance Melbourne will simply have too much class when the time comes. Cronulla have a lot to play for. People forget that Melbourne do too, and the Storm are the best at winning games.

“My Clive Churchill Medallist is Cameron Munster, who will make yards upon yards and be on the end of every play for the Storm.

“First try scorer? Have to go with Vunivalu. The guy is a phenom.”

“This should be a tough, knock-down-drag-out, old school grand final between two hardnosed footy teams. If Melbourne are in front with twenty to play then it will be almost impossible for Cronulla to run them down. Cooper Cronk’s game management is simply too good and it helps he’s got a bloke named Cameron Smith there with him. But I don’t think it will play out that way. I think Cronulla won’t fear the occasion and will enjoy the spectacle. They need points and they need to take their chances. While the Storm squeezed Canberra last weekend, the Raiders still could have won it because they’ve got more football in them. Razzle dazzle footy scares the hell out of the Storm. Cronulla has a perfect combination of grit and brilliance.

“They both have very good forward packs so it may come as a surprise if I say the middle may not be won by a Jesse Bromwich or an Andrew Fifita. The edge may come from one of the so called “lesser likes”. For Melbourne it’s Jordan McLean (a future Australian prop) and Matt Prior who is in the form of his life.”

Now it’s your turn. Tip against the experts!