The ‘honest toiler’ is a term synonymous with rugby league. They’re the players who were perhaps not blessed with the skills of future Immortal Johnathan Thurston but none-the-less tried their guts out and made the grade.

One player who tried both his guts and nostrils out was Mitchell Sargent.

Sargent had a roller-coaster career, enjoying some highs and a well-publicised low.

To begin our tale, we head back to 2002 where a young 23-year-old albino-esque Sargent made his debut for the Melbourne Storm.

Sargent spent two seasons with the club including one under the tutelage of Craig Bellamy, collecting a respectable 35 appearances along the way.

He shifted north, far north to Townsville, playing for the Cowboys from 2004-2006 which included coming off the bench for the club in the 2005 grand final.

A 2006 Country Origin call-up had Sargent poised for a long stay in the top grade, but suddenly, white line fever struck the blonde prop.

Unfortunately, it was less Ken Irvine and more Jordan Belfort in nature.

In 2006 Sargent tested positive for cocaine during an in-house drug test conducted by the North Queensland Cowboys. Sargent’s contract with the Cowboys was torn up, yet, bizarrely, he was not suspended by the NRL.

Not only did he not receive a suspension, but he was also allowed to play in the NRL the next season with the Newcastle Knights. The signing of Sargent would foreshadow the downfall of favourite son Andrew Johns come season’s end; the Immortal would be engulfed in the ecstasy scandal in August 2007.

Sargent began the 2008 season with a serious bout of pneumonia. The double bout of pneumonia was believed to be serious enough to have killed him, if not for a series of antibiotics over a two-week period. Surviving this latest setback, Sargent decided to broaden his horizons by heading to England.

Sargent finished his career in the English Super League with the Castleford Tigers were he played 61 for the club, retiring at the conclusion of the 2010 season.

With an otherwise solid career tarnished through the cocaine scandal, Sargent helped to redeemed himself when he turned out for Aberdeen’s All For Alex invitational team, a squad consisting of former NRL players to raise funds for the injured Alex McKinnon.

In a complete reversal, Sargent is now believed to be working as an NRL Game Development Officer in country Queensland.

After being part of a horrid Warriors season, Blake Green has moved to Newcastle, with questions whether he intends to play for every club in the NRL. 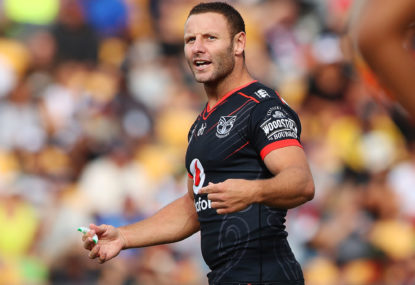 On Sunday afternoon, the Newcastle Knights went down to the Melbourne Storm 26-16. While failing to win the match, they went down fighting for the win and never gave up. That attitude is needed for the whole game. They showed it when they bounced back with Bradman Best scoring right after Suliasi Vunivalu. Newcastle were […]

Following their close 10-4 loss to the red-hot Parramatta Eels on Sunday, some are questioning the Knights’ credibility as a threatening force.