The GWS dynasty is upon us

Coming off their best AFL season ever in 2016, the Giants came tantalisingly close to a grand final appearance. They have put together a team that will compete for premierships over the next decade.

The Giants finished last year with 16 wins and six losses, falling in the preliminary final to the Western Bulldogs after defeating cross-town rivals Sydney Swans in impressive fashion.

The Giants are lead by the best young core in the AFL, with terrific depth, speed, toughness and skill leading their midfield.

Dylan Shiel, Callan Ward, Toby Greene, Tom Scully, Josh Kelly and Jacob Hopper are leading the charge for the Giants, with the likes of All-Australian’s Heath Shaw, Steve Johnson and Jeremy Cameron also leading the side.

The Giants took a notably different path than the Gold Coast Suns did. Instead of targeting an all-time great like Gary Ablett, the Giants chose to build around their young core.

Their marketing strategy was to recruit Kevin Sheedy as coach, with Leon Cameron set as his successor. This not only gave them public exposure in a rugby dominated town, but gave their younger brigade of talent a mentor to guide them through losing seasons.

But now they are a force to be reckoned with, and are starting to take over the Swans as the best AFL team in Sydney.

Beyond the talent that they already have, the Giants had four of the top twenty picks in the 2016 draft, and two of the top five.

Their first two selections, Tim Taranto and Will Setterfield, are both talented midfielders, who can play up forward. This adds to the depth of their midfield, which is already arguably the best in the AFL already. 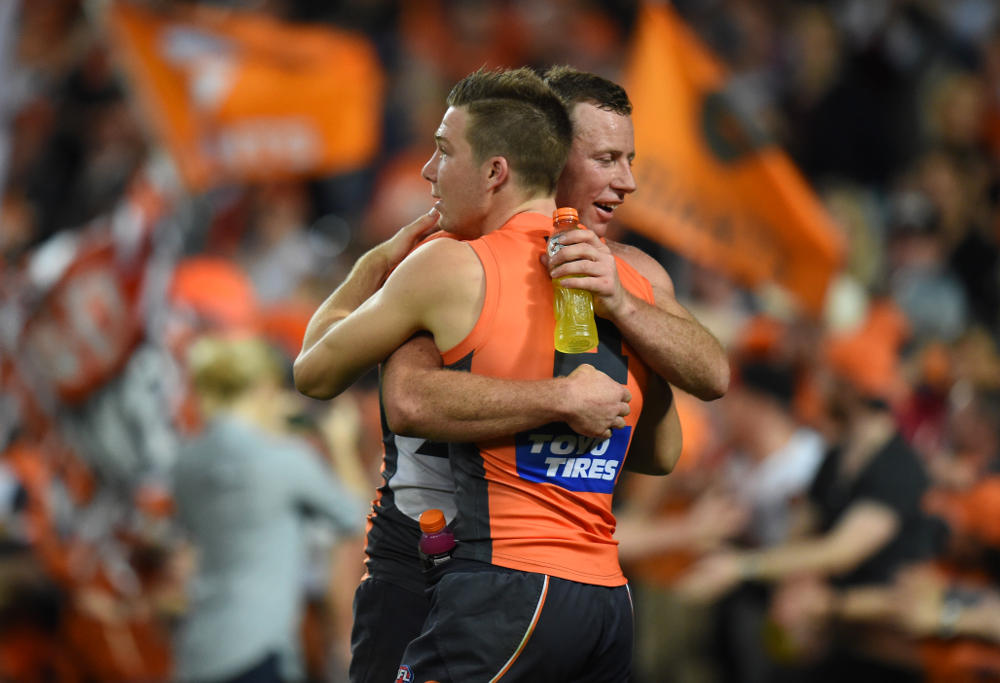 More importantly, they won’t be required to carry the load in the middle for twenty games in their first seasons, allowing time for physical and mental maturity.

Beyond their dominant midfield, the Giants have terrific run off their half back line, led by Nathan Wilson, Heath Shaw and Zac Williams, who has recently signed a contract extension.

Heath Shaw led the AFL in rebound 50s last season, while the ability of Williams and Wilson to roost a ball fifty plus meters catches teams over the back.

Their link up play through the middle of the ground through players such as Deledio, Coniglio, Smith and Shiel allows Cameron and Patton to get easy opportunities in front of goal.

The ruck work of Shane Mumford is elite, and he adds to the already terrific tackle pressure of the Giants midfield.

Along with Mumford, Rory Lobb proved to be one of the best contested marks in the league last season, and provides valuable minutes in the ruck when called upon.

As disappointing as last season’s preliminary final loss was, it will be the start of a dynasty for the GWS Giants.

If there’s one thing we learned from their finals campaign, it is that they are tough, hard-nosed, and here to stay.