Australian curators are free to go about their business unhindered by authorities. They do not receive instructions and their preparations are not monitored by anyone. They prepare a surface and are then judged on it.

In India, it is a very different situation.

The BCCI has a pitch committee that oversees the preparation of each Test strip. Curators, of their own admission, are relegated to supernumeraries as they follow the demands of this committee.

In the opening Test of the Border-Gavaskar Trophy series at Pune, its demands backfired, Australia winning inside three days by 333 runs on a dry and bald pitch.

Pune was far from satisfactory as a Test match pitch. The ICC believes so too, having issued the BCCI with a ‘please explain’.

Prior to a ball being bowled, Ravi Shastri described it as a Day 5 strip. Shane Warne went further, declaring it a Day 8 surface.

The BCCI has responded to the ICC, saying that it was not a poor pitch. The Pune curator, Pandurang Salgaoncar, let his feelings be known after the match.

“I had clearly warned the BCCI against preparing a bald and dry pitch. I don’t want to take names, but I had told them that not watering the pitch and removing the grass cover could have a detrimental effect. I know deep within that I had tried my best to make them understand,” he told News 18’s Cricket Next.

“What can I do? The fact is that we are reduced to helpers ahead of an international match and we have to follow the instruction of the BCCI pitch committee members present to oversee the preparation. My job was to follow instructions and I did that.”

In Australia, it is doubtful any curator would accept such outside coercion.

At Bangalore, the pitch also came in for criticism, but it was a very different scenario.

Before the match commenced, there was a unanimous view that the Chinnaswamy Stadium surface would be a good one. Shastri, Sunil Gavaskar, Brett Lee, Michael Clarke and Matthew Hayden all proffered that the pitch would be a good one for batting over the first three days, before natural deterioration would aid the spinners.

It was not long before everyone was taken by surprise.

Balls were keeping low on the first day, while Nathan Lyon returned opening day figures of 8-50. Several batsmen, from both sides, were brought undone by deliveries that nearly shot along the pitch surface.

We can take it the way the pitch played was a surprise also to the BCCI pitch committee. 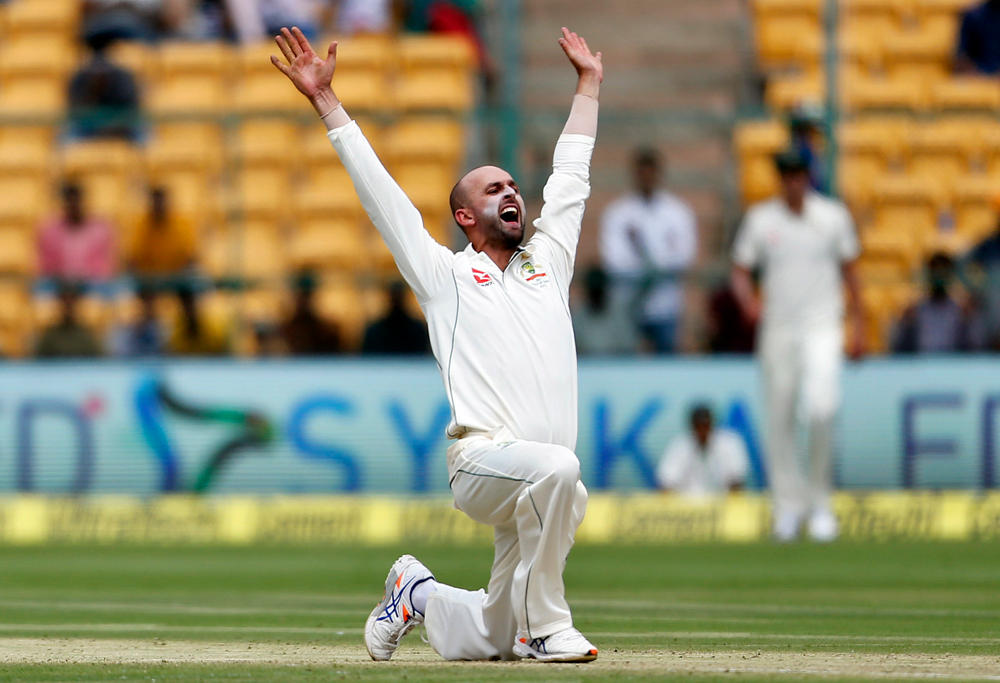 Now, we await the pitch that will be used at Ranchi, having already heard plenty about how preparations are coming along.

News Limited journalist Ben Horne wrote in The Daily Telegraph on Friday, “Australia is set to walk head on into another Indian conspiracy in Ranchi, with the local curator making the stunning admission that Virat Kohli will be allowed to handpick the pitch he wants.”

Shortly afterwards, Jharkhand State Cricket Association secretary Debashis Chakraborty denied the accusation, saying, “We have nine pitches here at the stadium and of which three have been prepared for this Test as is the norm with any other association hosting a Test match.

“Once the officials come here they will choose which pitch to play on.”

Given that Kohli will be in Ranchi when the officials choose the pitch, it is a fair bet that he will have some input.

As for Chakraborty’s assertion that every association prepares three strips before choosing one, that was not the case at Pune or Bangalore.

In fact, at Bangalore, it was clear that only one surface had ever been brought up, given the fancy, rectangular mowing pattern that was evident over the verdant areas on either side of the match pitch.

Why there has suddenly been a change of policy for Ranchi is something we may find out closer to the match. Why the association secretary says it is standard practice when it is not also needs explanation.

In some ways, the individual associations are totally beholden to the BCCI when it comes to preparing pitches.

By the time this series concludes at Dharamsala, India will have played 15 consecutive home Tests in 15 different cities. Three of the venues used in this series – Pune, Ranchi and Dharamsala – are hosting Test cricket for the first time.

Each summer in Australia, there are only six venues considered for hosting rights with each of them used, except for Ashes summers where Hobart misses out.

There is no such luxury in India.

With so many Test venues available, failure to sate the BCCI’s desires could cause an association to be overlooked for future matches.

It is a situation that most other Test-playing nations do not face.

We also know the way Indian skippers react when they fail to be handed the pitch they want.

The India-Australia Test at Nagpur in 2004 descended into farce pre-match when Indian skipper Sourav Ganguly and Harbhajan Singh withdrew after a green top was produced.

Ganguly had been quoted extensively in the press prior to the match that his desire was for a spin-friendly pitch.

It was reported in the Indian press after India lost the match – and with it, its first series loss at home to Australia in 34 years – that someone within the Indian dressing room told a member of the Australian touring party that his skipper was suffering from “green wicket-itis”.

The three venues making their Test debuts in this series will have felt inordinate pressure to sate the pitch committee’s desires. We now wait to see what both Ranchi and Dharamsala throw up.

One thing is certain: those preparing the pitch, and the administrators at both venues, will be on tenterhooks as they hope to satisfy the BCCI’s demands.