If Australia could choose a venue for a deciding Test in India, it would likely be Dharamsala.

Following a 210-over stint in the field during India’s only innings in the heat at Ranchi, the climate at Dharamsala will be a relief.

The pitch may also be to Australia’s liking.

Of most interest to Steve Smith, however, will be the style of bowler who claimed the wickets: of the 99 wickets to fall to bowlers, 89 were claimed by pace.

I doubt another first-class ground in India would boast such a disparity in favour of the quicks this season.

India must win the final match to reclaim the Border-Gavaskar trophy, a draw will not suffice, so Virat Kohli – and all of India – will be hoping for a result pitch.

A strip similar to the one at Ranchi could prove problematic.

India markedly outscored Australia in the first innings but there was insufficient time in the end to claim all 20 wickets to secure victory.

Australia also gifted some soft wickets in their first innings of 451, and with a bit more diligence, could have posted a more substantial total.

India was hoping that Ravi Ashwin and Ravindra Jadeja would spin them to victory on the final day but they failed to do so.

Ashwin looked tired after a long international summer and failed to produce his customary venom. In the main, he has been short of his best during the series. Boasting a bowling average of 22.1 on home soil prior to the opening Test, he has claimed 17 wickets at 28.9. 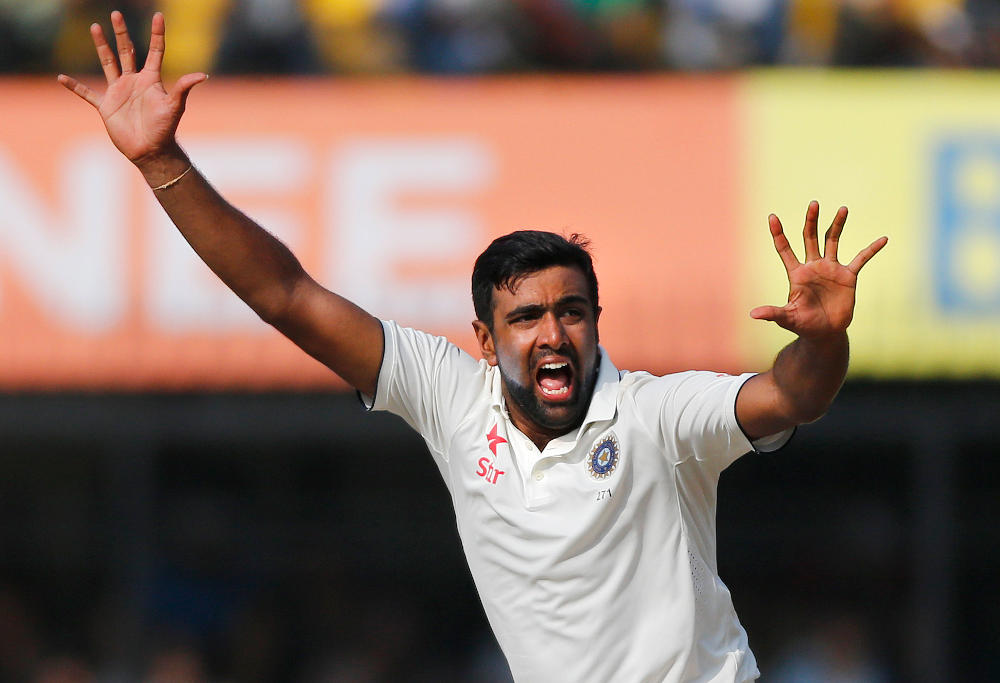 Jadeja was miserly in Australia’s second innings at Ranchi, bowling 44 overs for figures of 4-54. However, try as he might, he was unable to remove Shaun Marsh until he had faced 197 deliveries, despite having significant rough to target outside the left-hander’s off stump.

The fact that the tourists lost just two wickets in the 71 overs it faced after Smith was dismissed before lunch on the final day will have bolstered their confidence immeasurably.

All the pressure now rests with India.

They came into the series on the back of an unbeaten streak of 19 Tests. The last time these two sides met in India, in early 2013, the hosts produced a four-nil whitewash.

Yet, with one Test remaining in this series, the world number one is caught up in a dog-fight with their pride on the line.

If the pitch at Dharamsala bears any resemblance to those that have hosted first-class matches earlier this season, Josh Hazlewood and Pat Cummins will be licking their lips, and the odds of India taking the series will lengthen.

Cummins belied his lack of first-class cricket in recent years by being Australia’s best bowler at Ranchi, with figures of 4-106. He had a heavy workload, sending down 39 overs. How he backs up will closely monitored.

If there is some pace and bounce in the surface, he could be a handful.

The tourists may contemplate taking in just the one spinner, with Jackson Bird engaged as a third quick. If the selectors go that way, it would likely be Nathan Lyon who would miss out.

Since his historic 8-50 in the first innings at Bangalore, Lyon has found it hard going. His calloused spin finger may be a factor. In his last two innings with the ball, he has sent down 79 overs for a return of 1-245.

By contrast, over the same period, Steve O’Keefe has bowled 98 overs and taken 5-235.

In the same period, O’Keefe has bowled 20 maidens and Lyon just six, while the former has an economy rate of 2.4 against Lyon’s 3.1.

Should Lyon be dropped, Glenn Maxwell may need to be called upon to deliver more overs.

Like so many Tests in India, great fascination has surrounded the first three pitches used in this series. The trend will continue at Dharamsala.

Australia will be hoping its pitch mirrors, in many ways, those already seen there this Indian summer.

India will be looking to deaden the surface, but if it has even a little of the characteristics seen of late, it will add some real pep to the tourists’ step.