“Every round on the bag, hold the dream. Don’t lose sight of what we set out to do ten years ago. Hold the dream.”

Boxing, at least in its modern form, is marred by what seems to be a case of unmitigated bad faith. The judges tally their scores and issue their verdict. There is outrage and huffing. The victor is questioned; the sport is condemned as being rotten, or at least on the way down to being further marginalised.

Jeff Horn’s snatching, for it can only be termed that, of the WBO welterweight championship from the more fancied, highly decorated Filipino Manny Pacquiao caused an eruption of claims, all too common, that the judges were watching a different match.

ESPN commentator Teddy Atlas spouted that, “You’re not supposed to get [the trophy] for trying hard, you’re supposed to get it for winning!” Atlas did have a point on the ludicrous score of 117-111, one which was almost universally condemned, though the two others came in at 115-113.

The more level observers suggested that Pacquiao had done enough to come in at 10-8, while Steve Bunce noted with more accuracy that Pacquiao had simply failed to finish off Horn in the tenth round. “The outrage from people in the boxing business who should know better was close to pantomime at times.”

Much of it was prompted by the shock of the entitled. Team Pacquiao had promised in April a convincing result; nothing less than a devastating KO that would see little need to go the full 12 rounds. The ESPN cable network never shied away from a certain adoration for their boxer.

Australia’s own boxing figures feared for Horn, encouraging him to play “dirty”. In Jeff Fenech’s words, “I know Manny hasn’t knocked out anybody out in a long time but it won’t go the distance.”

Horn’s own story would enchant the romantic scribblers of the game. He took up the sport to repel bullies. He was titled the school nerd. In time, he became a relief teacher, taking up jobs in schools across south-east Queensland.

Soft-spoken, gentle, he transforms into The Hornet before his opponent, practising a technique termed ‘Broken Rhythm Pressure‘ with its origins in chaos theory.

That not particularly original brain child stemmed from Horn’s trainer and tactician, Glenn Rushton, a figure who delved into martial arts, built schools for its instruction and that of boxing. Seeing Horn first pound a punching bag with a fanatic’s desperation, he was inspired. 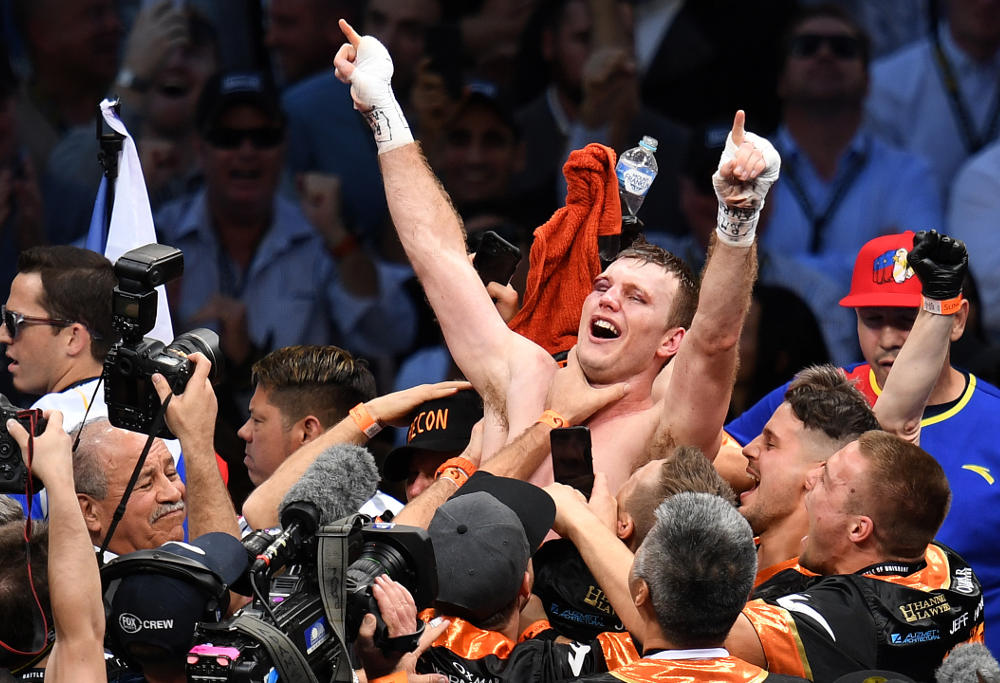 Behind the romance of the boxing bout, its heroic register of human endurance, lie claims of corruption, tinkering, and swaying. Never mind what happens between the fighters; the judges and promoters remain the often puzzling arbiters. Boxing persists in being a gladiatorial sport that draws in the lucre, the dictators, the power mongers.

At the Rio Olympics, howls of anger were registered after Ireland’s bantamweight Michael Conlan, bronze medallist from the London games, missed out to Kazakhstan’s Vassily Levit. The decision was unanimous: the Kazak had done what was needed.

“You see the decisions,” exclaimed a disgusted Conlan, “and you think boxing is dead.”

Levit, in turn, would receive similar treatment when the panel of judges decided unanimously against him in favour of Russia’s Evgeny Tischenko for the gold medal.

The international federation responsible for overseeing the tournament, the AIBA, did a modicum of housecleaning, finding after reviewing 239 Olympic bouts “that less than a handful of the decisions were not at the level expected.” That depends on how big that hand might be.

Referees and judges were also singled out for exclusion (punishment was not suggested), with a statement claiming that “the concerned referees and judges will no longer officiate at the Rio 2016 Olympic Games.” But the organisation was insistent that it would not release the names of the implicated figures for fear that it would “besmirch their families”.

In the murky smoke of such decision making, those in the sport have always managed to pivot on some level of ambiguity. At the Rio Games, US coach Billy Walsh claimed that “Anybody can make a mistake, but it’s happened too often.”

While such contests will always attract the goggle-eyed sceptic, their sense of poetic purpose is undeniable. Horn’s own account and challenge are remarkable, even if the result left an odour that will always turn the noses of some in the boxing fraternity. The proudly strong had been felled.

Horn, for his part, is optimistic. Outside the ring, he ceases to be The Hornet and assumes the gentle nature that draws parental admiration (from his mother, Liza, the words “a beautiful, beautiful nature”). And woe to the critics. He can stand up and be counted.

“I hope that earns a little respect for the kids. I’ve climbed Pacquiao mountain.”

Following his controversial loss to Alexander Volkanovski at UFC 251 this past weekend, Max Holloway’s career sits at a crossroads.