Hearthstone: How an open system looks to boost oceanic esports

At the recent Spring Hearthstone Championship Tour, Oceania was on show in a big way.

Two players, Ki Yin ‘Mage’ and Paul ‘CitizenNappa’ Yang, both won their way to the top eight of the tournament, felling some of the big names in the game while doing so. As I write this, both an Australian and New Zealand team are competing at the Hearthstone Global Games, and team New Zealand have made it to the top 16.

This is becoming a trend – Oceanic players are breaking into the international scene and performing surprisingly well against the best out. There’s a bunch of reasons why this is happening, from the lack of a ping requirement to accessibility, but the biggest factor seems to be the openness in competition afforded by Blizzard.

“One of the pillars of Hearthstone esports, at least on the HCT side, is we want to really celebrate the grassroots movements and self organisation the community has already,” said Che Chou, esports franchise lead on Hearthstone. Oceania has a long standing history of grassroots programs, with much of the progress in the industry here owed to passionate people and players building their own organisations and events.

This already speaks to why Hearthstone is popular, as a game, it can be played on a multitude of devices almost everywhere. It’s easy to learn, very hard to master, and great for social competition both casually and at a higher level. This is at the core of the experience, and the core of its esports – as Che Chou explained, “you can have the unknown player go from their bedroom to the stage.”

“It’s important that players can basically get to playoffs through all sorts of different means, and that there’s a point system that makes sense,” he continued. It’s through this path that both Mage and CitizenNappa rose, winning their way in without an organisation or sponsorship.

“If you hit legend you get a Hearthstone Championship point, there’s open cups to play, you could go to physical tournaments and fireside gatherings. There’s a bunch of different paths to playoffs, and playoffs is the big test,” he explained. 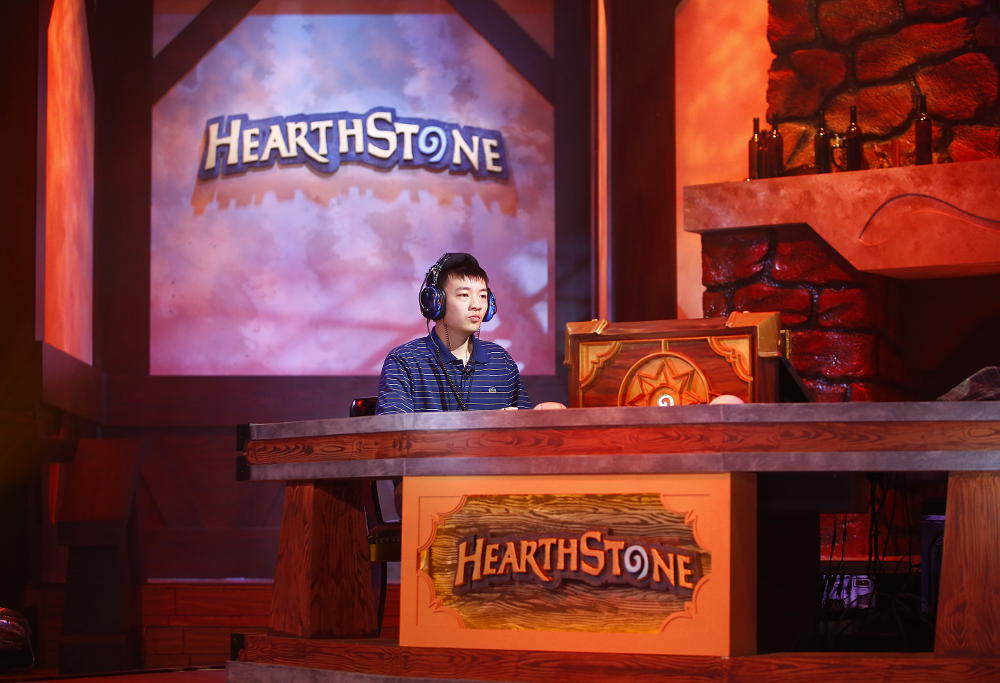 While competition organisers have to get a licence to hold a tournament over a set prize pool, the fact that the game can so easily be shared and acessed makes Hearthstone a perfect esport for players in less developed regions. Basically, there’s no need to make them struggle to work out teams, find organisational funding or even do more than practice in their free time. With Australia on the same server as North America too, even scrimming with the established pros isn’t tough.

“I don’t feel disadvantaged being in Australia,” said CitizenNappa. “Maybe I’ll be a bit sad when people have Dreamhack right near them while I’m stuck here. For Hearthstone the limitations don’t really exist. High ping? Whatever. We have the internet to communicate and we’re pretty much on the same level as the rest of the world.”

CitizenNappa had the plays to prove his point when he went up against Muzahidul ‘Muzzy Islam, one of the best in the game, and come out on top. Mage echoed his point, saying “There’s not that many competing because Australia has a smaller population, but I‘ve made it here, CitizenNappa made it here, so it’s definitely going to be blooming.”

Hearthstone is still young and growing, but it’s great to see that already Oceania is getting recognition on the world stage. With players and streamers leading the charge like Mage, CitizenNappa and Navi00T the developing ecosystem could provide a new avenue for Australian esport hopefuls – one they may not have even known was open to them.

In closing, Che Chou was surprised but happy to see Oceania performing so well during HCT. “I love the element that because it’s a game of skill, people that are good come back, but every season we get new players that could be new to the scene or just get this as a big break,” he closed. “This time it was ANZ’s chance to step up, and it speaks to the system we’ve created.”