Round 22 provides a great opportunity for Parramatta to further their top four credentials with a win over the struggling Bulldogs.

Last Thursday night at Penrith signaled the end of the Dogs aspirations of being a participant in this year’s finals series after they were defeated 16-8 by the Panthers. While Canterbury wasn’t horrible, they hardly troubled a Penrith side who were in second gear for much of the contest.

The Eels played their best football of the season last Friday night, particularly in the second half, when they defeated the Broncos 28-14. Nathan Brown, Corey Norman and Mitchell Moses were standouts in a result which places the Eels in good stead with five matches remaining this season.

Brett Morris returns on the wing for the Bulldogs in the only change for either side. The Eels were victorious in golden point the last time these teams played in Round 17. Despite the Bulldogs dominating the second half of that match, they were unable to secure the two points.

The Bulldogs have failed to deliver with their season on the line in the past month of football, going without a win. For the Eels, their victory over the Broncos gives them hope of a top-four finish and this would be an unforgivable loss.

The attacking prowess of the Eels is what is the difference between the teams in this clash. Prediction: Parramatta by 10.

The annual nostalgic trip to the Sydney Cricket Ground takes place on Friday night when the Dragons host the Rabbitohs. Despite St George already on-selling games to ANZ Stadium, their fans in Wollongong will this week be asked to make an impossible journey to Sydney for a 6:00pm kick-off on Friday night.

The Dragons loss to Newcastle last Saturday has made the race for the final position in the top eight wide open. The Dragons nearest competitors are the Panthers, although it would be remiss of them to discount the Raiders. A win in this game for St George is a must, considering they are once again playing bottom four opposition.

After a bombed try in the opening minute of last weeks game against Canberra, the Rabbitohs were horrible, conceded 20 first half points and were never in the contest against Canberra. Sam Burgess has been named to start, despite clearly being less than 100 per cent. Zane Musgrove starting at prop is the only change for Souths, at the expense of Dave Tyrrell.

Damien Cook starting at hooker and Cody Walker moving back to the halves wasn’t the tonic for Michael Maguire’s problems last week. The constant positional shifts which have happened throughout the backline have been unsettling as opposed to eye-opening.

In a must win, the Dragons will surely atone for last week’s slip up and record two valuable points on Friday night. South Sydney can sparkle for parts of games, but a full 80-minute performance doesn’t seem to be part of their repertoire in 2017. Prediction: Dragons by 8.

The Cowboys will be hoping for an upset win when they take on the Melbourne Storm Friday night in Townsville. The Cowboys have an incredibly difficult run home as they play Melbourne, Penrith, Cronulla, Wests Tigers and Brisbane to round off their home-and-away season.

Melbourne was clinical on Sunday afternoon, easily dispatching of Manly, despite being without Billy Slater. The Storm full back returns to the starting side this week. Cameron Munster will miss this game due to a minor ankle injury, replaced by Ryley Jacks. Despite an exceptional game last start, Jahrome Hughes has been listed on the extended bench. 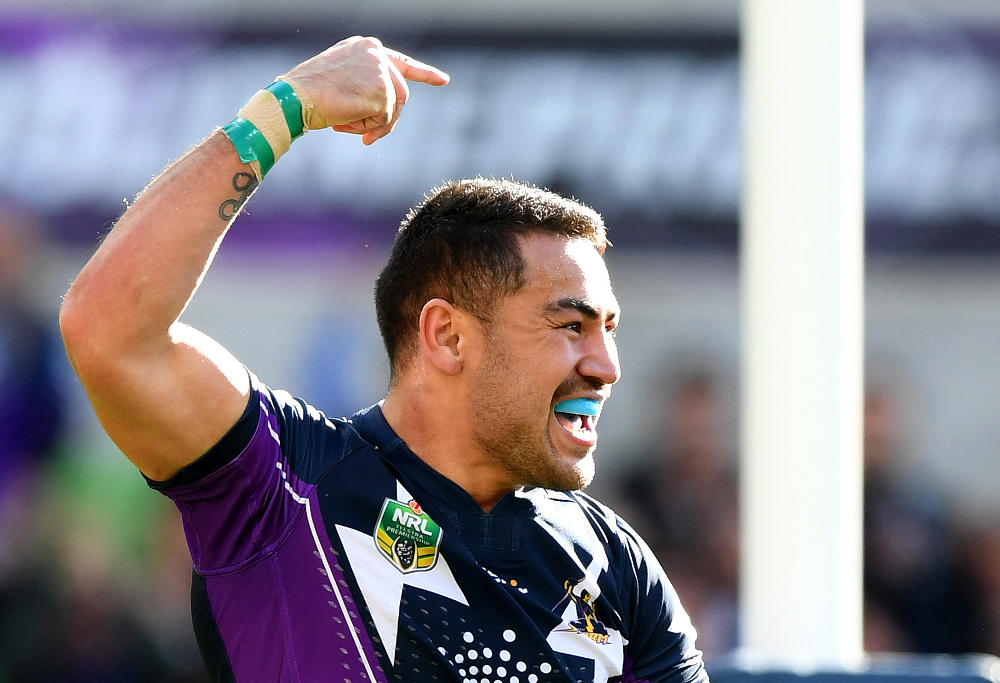 Despite taking a 10-point lead into the break, the Cowboys were over powered by the Roosters in the second half last weekend. The Melbourne Storm is a cut above every other team in the competition and without Johnathan Thurston, it is hard to see the Cowboys competing on Melbourne’s level on Friday night. Prediction: Melbourne by 12.

The Newcastle Knights will be seeking consecutive wins for the first time this season when they host the sliding New Zealand Warriors on Saturday afternoon.

The rub of the green was with the Knights last Saturday when some dubious refereeing decisions went in their favour. Having been on the bad end of 50/50 calls all season, the Knights bucked this trend against the Dragons.

This campaign has been yet another disappointing season for the New Zealand Warriors. The losers of four games in a row, a trip to Newcastle to take on the Knights would ordinarily provide welcome relief for a side struggling to win. The Warriors were error-riddled in their last game against the Sharks and provided little resistance defensively.

While the Knights are unchanged, the Warriors are starting Isaiah Papalii in the second row at the expense of Bodene Thompson who is out with a pectoral injury.

Newcastle has been more than competitive in all of their home games this season and will provide a stern test for a Warriors side lacking motivation late in the season. Brock Lamb and Trent Hodkinson are beginning to form a solid combination for the Knights and their forwards are more than capable of matching it with their New Zealand counterparts. Prediction: Newcastle by 6.