Port rely on too few to do too much

Port Adelaide was embarrassed in showdown 43 on the weekend, which they lost by a showdown record 84 points against the highly fancied Adelaide Crows.

Any loss of that significance is set to trigger the media and pundits into uproar – especially when it comes at the hands of their cross-town rivals.

Port Adelaide was flat for the entire game, dominated from start to finish and at no point did they appear likely to mount any sort of charge. And for a side that has a genuine chance at finishing in the top four at season’s end, this sort of effort is unexplainable.

Over the past two seasons, the Power has had a number of ‘flat’ performances, games where for the most part they seemed disinterested and uncompetitive. Last season in Round 4 GWS defeated them by 86 points at Manuka oval, a performance which came just two weeks after a shellacking at the hands of the Crows.

This season, in recent weeks the Power has put in such efforts against Essendon, Melbourne and now the Crows. Against Melbourne, they came to play for the second half, but were unable to erase the damage done in the first quarter in particular.

And the reason for these lacklustre efforts is simple: they are relying too heavily on too few players.

Robbie Gray at his best was arguably the best player in the AFL. He won the Coaches Association Award in 2014, is a two-time Showdown medallist and a dual All-Australian. But recent troubles with injury and general soreness have rendered him unable to train or play regularly in the midfield, spending most of his time as a full forward.

And with the quality of midfielders that the Power possesses – Travis Boak, Brad Ebert, Ollie Wines and Chad Wingard – Gray should not be called upon to carry the load for long periods of time.

Gray finished Sunday’s game with 33 disposals, ten clear of Port’s next best, Ollie Wines. This is becoming a concerning trend for the Power, with Gray also playing a major role over their previous two games, notching up a combined 50 touches. He had not finished a game with more than 21 touches in the previous eleven weeks.

The form of Brad Ebert and Ollie Wines has also dropped off over the past two weeks, with the pair averaging just 20 touches between them over these games. Beyond the stats, Wines in particular is not having the impact that he does when he is at his best, and his tackling pressure is also down. He has been carrying a knee injury throughout the season, but it has not stopped him from playing.

Sam Powell-Pepper, after his terrific start to his first season of AFL football, has also slowed down in recent weeks. This does not come as much of a surprise given the physical brand of football that he plays and the fact that he has appeared in every game.

Along with Gray, Chad Wingard had been playing tremendous football for Port Adelaide, trusted more with midfield duties than in seasons gone past. He has had four games of 30+ disposals this season, having had just one for his career prior to this season. His absence over the past two weeks has shown, and has forced the Power to rely too heavily on Robbie Gray and their league-best defence. 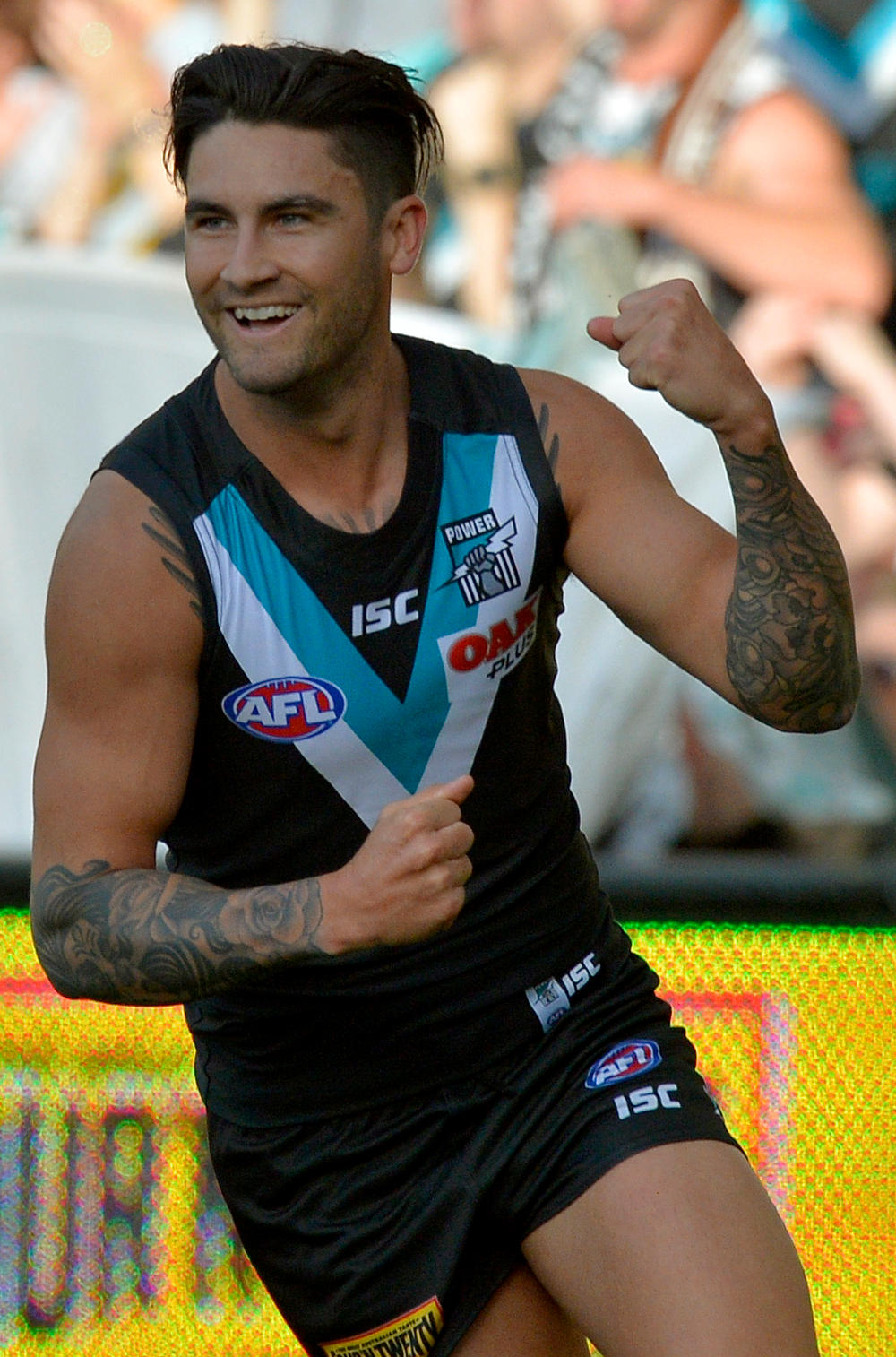 Part of this decline in midfield production can be attributed to soreness and fatigue. The team had three days without training following their win over St Kilda, something unusual for a team to do this late in the season.

The Power typically does not rest the likes of Powell-Pepper, Wines and Ebert up forward throughout games, in large part due to the inability of Gray to play long stretches in the midfield, meaning they carry a heavier workload than many other inside midfielders.

Ken Hinkely described the performance on Sunday as unacceptable, and said that Robbie Gray was their only player who could hold their head high.

The Power have set themselves up for a big finals run with commanding wins over lower-rung teams, but until they are able to produce against the best teams in the competition there will be question marks over their mentality and how much they can achieve in season 2017.

They are not armed with superstars on each line such as the Crows, Cats, Tigers or Giants, so they rely on a steady showing from each player week in and week out. And until they make the necessary changes at selection to ensure they are playing players who compete at a high level week in week out, the Power will not achieve what they are capable of.