Boston Celtics make the worst trade of the summer

As one of the busiest offseasons in recent memory draws to a close, the Boston Celtics and Cleveland Cavaliers engaged in possibly the most important trade of the whole summer.

On the surface, this seems a great deal for the Celtics, as they arguably upgraded at the point guard position, while also trading away expendable chips.

But in reality, they gave up way too much for a guy who cannot be the focal point of a team and has always struggled on the defensive end.

Thomas is coming off his best season in the NBA, making All Star selection for the second time, while also being selected on the All NBA Second Team. This came after he averaged 28.9 points per game while shooting a career high 46.3 per cent from the field and 38 per cent from three.

Thomas was the Celtics’ focal point in offence, as they broke through all expectations to finish first in the East, ahead of the Cavaliers, with a record of 53-29. He then helped the Celtics all the way to the Conference Finals, where they were soundly beaten by the Cavaliers 4-1.

It was an outstanding year and Thomasa will likely prosper further in Cleveland, playing alongside LeBron James, who has a proven track record of improving the players around him. 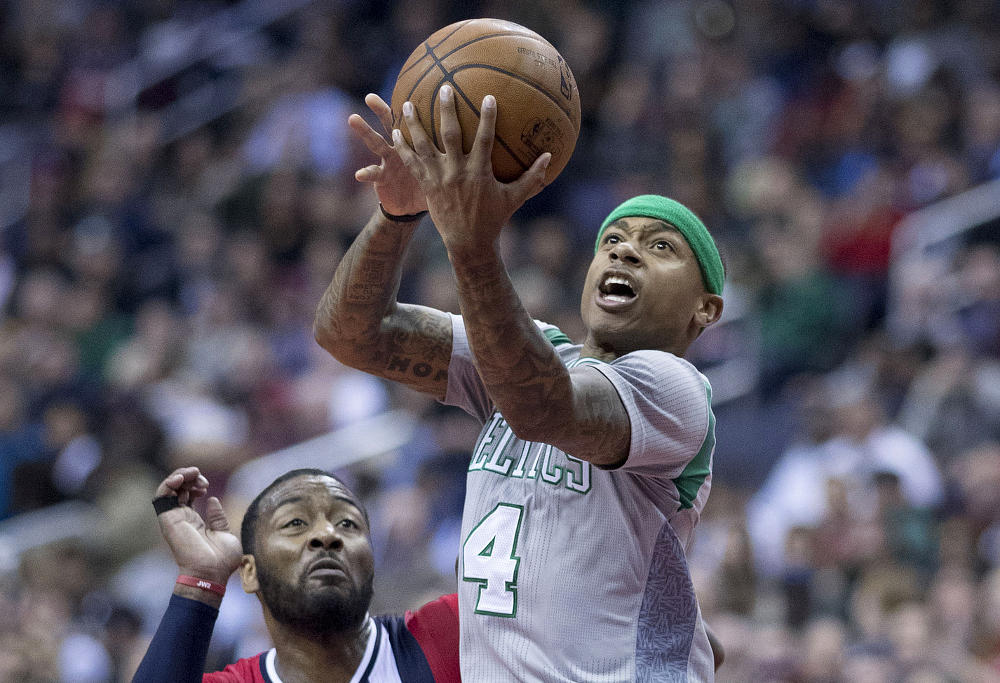 Crowder is widely considered to be on the best contract in the NBA, set to earn around $22 million over the next three seasons.

After such a tremendous year, Crowder is an absolute steal for the money he’s set to earn.

From a production point of view, Crowder’s averages were almost identical to Otto Porter, who averaged 13.4 points, 6.4 rebounds and 1.5 assists per game and was given a max contract by Washington.

Throw in Zizic, one of Boston’s first round picks last season, and that is a decent haul for any side.

Had Boston just offered these three players for Irving, most would probably have viewed this as an even trade: two superstars traded, with two valuable but admittedly expendable trade chips thrown in to sweeten and make salaries work.

Instead, the Celtics went a step further and threw in possibly their single most valuable trade asset: the Nets’ 2018 first round pick.

Draft picks are most valuable before they are used and this is no exception. At the very least, this is likely to be a top-five pick next year, and could possibly be the number one overall pick.

Brooklyn, while admittedly having a fine offseason with the acquisition of D’Angelo Russell, did trade away their best player in Brook Lopez and have added very few pieces to have an impact next season. Most of their moves are centred around building for the future, therefore they have every chance of being bad again next season.

By trading this pick, the Celtics have mortgaged their long-term future to pick up Irving in a move which could backfire in the coming seasons.

While Irving is an exceptional player, he doesn’t move the needle enough in the Celtics’ favour to mortgage all that they did in their endeavours to snag him. Irving has proved in the past that he cannot be the number one man on his team, with his time in Cleveland prior to LeBron’s return.

Irving is still a great player. Last season he posted a career-high points per game (25.2) while shooting over 40 per cent from three. He’s a tremendous offensive talent and has a rare clutch gene in finals games, evident with the match-winning shot in Game 7 of the 2015-16 NBA Finals. He will certainly add an extra dimension to the Celtics’ offence and should pair nicely with Al Horford and star offseason recruit Gordon Hayward.

However, Irving has only been the star on Cleveland sides which didn’t come close to sniffing the play-offs, and was otherwise the sidekick to LeBron in championship-winning sides.

In short, the Celtics have given up way too much for a guy who is yet to prove he can be the number one player on a relevant team.