If there was ever evidence that Michael Cheika is on a coaching merry-go-round, it his selections for Bledisloe 2.

Cheika may know plenty about fashion, but does he know how to fashion a strong, consistently performing international side?

He seems to have little clue how to improve the Wallabies, but neither do his Super Rugby counterparts, illustrating an endemic coaching problem throughout Australian rugby.

Lack of positional depth in some positions, coupled with European and Japanese player drain has not helped.

In 2016, Cheika oversaw one of the worst seasonal records in Wallaby history: 15 Tests for nine loses – three of which were back-to-back and at home to England – for a 40 per cent winning percentage in 2016.

This year, the Wallabies have played four Tests and lost two, for a 50 per cent winning margin. If they lose 3-0 to the All Blacks and 2-0 to the well-performing Springboks, but win 2-0 against Argentina, then before the end of season tour, the Wallabies win-loss ratio will be 2-5 or 28.57 per cent,

This won’t be salvaged too much in Europe and Asia, with dates against Japan, Wales, Scotland and England. They will need to be convincing against Japan for a start, who will not just roll over with all their international players returning from teams like the Rebels and the Chiefs.

Looking at recent Wallabies coaches, Cheika’s record is not flattering.

Robbie Deans’ winning percentage was 59 per cent, Ewen McKenzie’s was 50, while at the end of 2016 Cheika’s 52 per cent. However, that was helped by the 2015 World Cup season where, yes, the Wallabies performed well – with perhaps a wee bit of luck.

The loss to the All Blacks in the final either exposed Cheika’s shortcomings, or set his coaching nous into a downward spiral – perhaps both.

However, it is the average scores and margins against New Zealand at the end of 2016 that are more telling when comparing coaches.

Under Deans, it was 26-17 (pretty damn good considering); under McKenzie, 34-23 (again pretty good, but no wins); under Cheika, the Wallabies have most often been thrashed, with an average point difference of 33-15.

Losing is bad, but expected to happen from time to time. But to consistently be beaten badly by your greatest rival, upon which for better or worse, Australian rugby measures itself by, then you should be on a very short string as coach.

If we cast our minds back to the public outcry for Deans to be sacked after the Lions loss and player disputes, including the axe falling for him in our media, where is the outrage now for Cheika’s head?

Never have I seen a coach with Cheika’s record avoid the wrath of the media the way he has.

We also must to be careful of the support Cheika sometimes gets from ex-players when someone calls for his head, many of whom have a personal relationship with Cheika beyond the media. The Aussie mantra of ‘always look after your mates’, while noble, can become a roadblock for some to say what needs to be said.

It is true that to sack the coach in the middle of the Rugby Championship would be unwise, as the turnarounds are too short for any new coach to get to work – unless they decided on Steven Larkham in the short term. 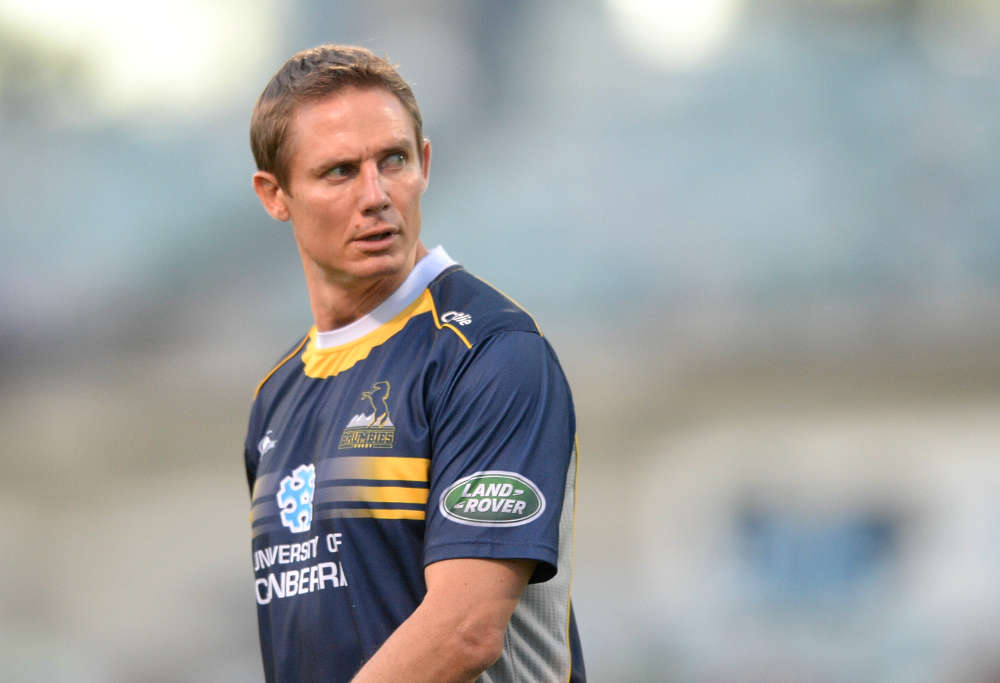 Larkham will likely be tapped sooner rather than later, and he does at least coach Australia’s most consistent performing Super Rugby side.

While the Wallabies’ attack was floundering last season while he was at the helm in that area of the game, it seems to have found some rhythm at last – how long that lasts is the question however, and was it because the All Blacks took the pedal off?

Bledisloe 2 will tell us a lot more on that score, but the signs were there that the attack may have found a new lease of life with Kurtley Beale’s return.