The LG Dire Wolves have secured the title of first Oceanic team at League of Legends Worlds.

This achievement caps a year of victory for the team. They won over the Chiefs, even in a stellar run through the gauntlet, and finished up with two first placings in the 2017 Oceanic Pro League splits.

This is the small leagues compared to what awaits them now. Cloud 9 and Team oNe eSports stand between them and the group stage for Worlds. This Saturday and Sunday will determine whether our Oceanic team can prevail on the world stage, but in the lead-up to their boot camp in Korea I sat down with Shern ‘Shernfire’ Tai, Nathan ‘Ripii’ Mott and coach Curtis Morgan.

The Roar: It’s kind of been the year of the LG Dire Wolves for you guys. What’s the feeling like having beaten out every team, especially through split 2?

Nathan: We’ve put in a lot this year. For us, this year started when we went to Korea for three to four weeks last December, when we picked up Shern. We got back and straight into things, finished strong in the first split, went to MSI. We learnt a lot there – then went to Rift Rivals and learnt a lot at another international event.

At the beginning of the first OPL split we didn’t have the most efficient practice, working harder but not smarter. For split two we brought more structure to our practice and brought in a performance director – he’s really shaken up the team and helped prepare for games.

Curtis: Although it was such a great feeling to take out the grand final, we knew that we’d done so much preparation and work throughout the year that, not to sound cocky, we were expecting big things this year. This is just another event, another step in the right direction towards being a world-class team.

Throughout the gauntlet, the Chiefs were on the comeback – were you concerned by that momentum at all?

Shern: I knew they were worried. It didn’t matter if they said they were confident, you can tell when someone clings onto previous scores and that they’re nervous. We were a different beast when I was watching their gauntlet run – they could be as confident as they liked but we were going to win.

Curtis: We’d beaten them twice through the regular split and we’d faced them quite a bit in our scrims across the splits. I knew that while Chiefs played well against the other teams, they weren’t clean. They had to give us a lot of information through the gauntlet, so we knew what we needed to do to beat them.

Due to the rise in competition over the split, do you think Oceanic League of Legends is finally getting to a point where the scene as a whole plays better?

Nathan: Yep – a big factor is that this year most of the teams went full-time into gaming houses, especially by the end of the year every team was putting in a lot of effort. For us, we’re definitely doing different things, but with teams going to Korea in the split break contributed a lot. As leaders in the Oceanic League of Legends scene right now we really want to help the other teams grow next year – come together and look at how we all practice and prepare. 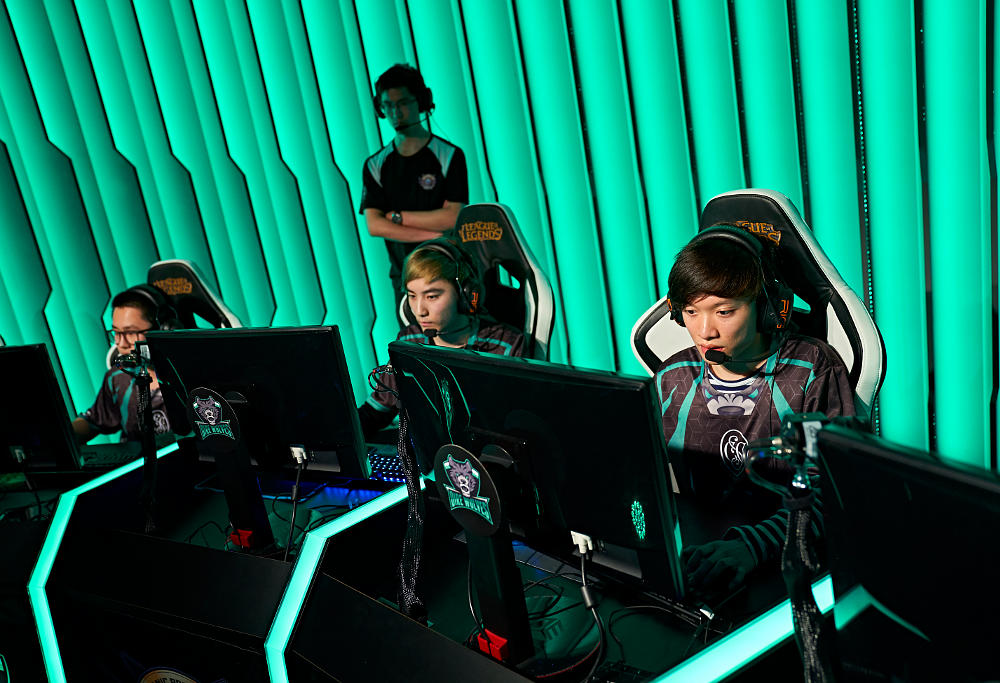 Being the first Oceanic team at worlds is quite the achievement – what’s the feeling going into the play-ins?

Shern: After we make it through play-ins, then I’ll call it worlds. For now I think it’s the same as before – wildcards 2.0. It’ll be interesting to verse the third-placed NA team, that’ll be interesting, but for now I’m just focussed on preparing for that group draw.

It’s not your first time overseas facing off against international teams. How do you think this experience has helped you for Worlds?

Nathan: Our previous experiences overseas were a bit of an eye-opener, especially our first adventure over to Brazil for MSI. That was a bit of a reality shock for what we needed to change in terms of our gameplay. I would say our approaches are going to be similar as we look to maximise our strengths against our enemies’ weaknesses, and obviously that’s a large part of it, but a lot of the previous international tournaments we’ve been a part of opened us up to what’s been creating the gap between international teams versus Oceania. It’s less the process and more about identifying the things that did lead to that massive gap.

In terms of preparation for the play-ins, how are you guys ensuring you play as well as you can?

Shern: We’re going to Korea, but that doesn’t mean it’s real practice. A lot of teams that went to Korea get no real benefit out of just boot camping in Korea, so we really need to just wait until we find out who our opponents will be. We’re just going to improve ourselves individually – this whole thing’s been a bit of a rush because of how tight the timeline is, but we’ll make it work. For now, though, we’re obviously going to prepare for specific opponents, and I think we’ll be ready when the time comes to play.

What teams would you love to get the chance to take on in the play-ins and worlds? Are there any you’re concerned about facing?

Curtis: I’d really like to see how the games would turn out against Team WE from China. I feel as though they’re very one-dimensional and I want to see if I’m right about the things I see from their play. I would love to know how that goes.

Nathan: The one thing I’ve always been interested in is the gap between a top Oceanic team and an NA LCS team. I’m so sick of a lot of people around the world, especially NA fans, saying ‘a top team wouldn’t even make NA LCS’. I just don’t believe in that. I really want to come up against an NA team – I don’t care if it’s their best or worst – I just want to see how we stack up against them.

Aside from the dream of winning Worlds, what would you hope the team achieves at Worlds this year?

Nathan: Every person on the team has their own goals. That might not sound like the best thing, but it’s just a reality. Some players want to take out the whole thing, while others would be content just making it to the semis or out of play-ins. As a collective, though, as the Dire Wolves, we really want to have a go at the competition and show we can put up a world-class competition, whether that be quarter-finals or getting knocked out in the group stages because of a few unlucky games.

We want to put Oceania on the map and show we can take games off respected opponents. We’re thinking for the long term and as this is our first Worlds we’re not going to stop here. We’ll be back the next few years and we’ll improve until we take out the whole thing – that’s the long-term goal.

The LG Dire Wolves will play at the Worlds play-ins from 6PM AEST September 23rd and 24th. You can catch all the action live on the League of Legends hub. You can also check out our play-in predictions right here.