Grand final week still manages to stir up the passions of the most casual of casual sporting fans – your mum, the bloke at work who still thinks Alfie Langer or Wayne Carey play, the kid at school who doesn’t know a footy from a physics calculator.

It’s the one week a year where everyone comes out of the woodwork to declare allegiance to whatever team has made it to the big dance, where the whole country appears to have formed an opinion on Dustin Martin and his family, or whether the Melbourne Storm are actually rugby league playing cyborgs sent to destroy the feel-good Cowboys fairy tale. Although, it’s not that anyone in Townsville cares – I’m pretty sure the whole city unofficially decided to take the whole week off on Saturday.

For the more die-hard among us, and especially for those whose teams are participating, it’s no exaggeration to say the week and weekend is like Christmas, birthdays, holidays and the office burning down all at once.

Despite administrators and broadcaster’s best efforts to Americanise the events with cringeworthy, lame and downright insulting ‘entertainment’ (whoever signed off on Macklemore should really be sent to The Hague for trial), us sports nerds lap up the traditions, nostalgia and drama that these events provide and evoke.

It even manages to temporarily cease the tiresome and boring code wars unique to the Australian sporting landscape, as it is often the one week and match a year that many NRL and AFL fans will follow and watch the other (growing up in league land, some of the greatest sporting matches I’ve ever seen have been AFL grand finals), adding to the sense that the whole country catches footy fever. 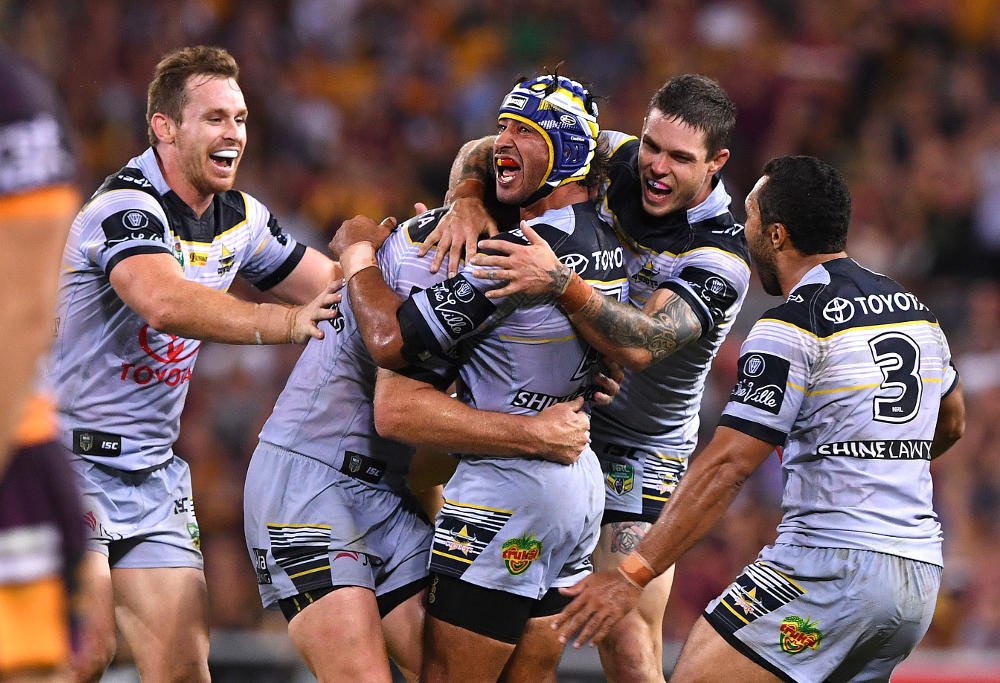 The few years when the NRL decider was played the weekend after the AFL one were listless and hollow, with the concurrent buzz of the build up to both showpiece’s somehow rendering the excitement a tad limp, as the need to feed off each other was dashed.

One of the great grand final weekends was 1997, when the underdog Adelaide Crows upset the massively favoured St Kilda on the Saturday, and the absurdly unfavoured Newcastle Knights stunned the Manly Sea Eagles with the last play of the game on the Sunday. Likewise, 2016 was the drought-breaking weekend as the Western Bulldogs ended their 62-year premiership dry spell, with Cronulla ending theirs on 50 years.

There’s something about teams from outside Sydney, Brisbane and Melbourne making the game that bring out the old romantic in me (a sad sentence considering actual human interaction barely brings it out in me!), as you know they’ll always be seen as the battler, the underdog and hope of a region.

If the Crows and Cowboys get up this weekend, you can be assured the celebrations in Adelaide and Townsville will make the clean-up effort of Hurricane Irma look tiny in comparison.

My favourite grand finals in the respective codes were 2003 for league (Panthers versus Roosters) and 2012 for AFL (Swans versus Hawks). What were yours and why?