The Wallabies carried on their winning ways with a 29-21 triumph over Wales in Cardiff on Sunday morning.

So, what was worth talking about?

More Wallabies vs Wales
» Match Report: Wallabies hold on
» Quiqley: Wallabies discipline a concern
» Team changes for the match vs England
» Vote in our DIY player ratings
» Re-live the match with our live blog

1. Tic tac toe, 13 in a row
We’ll start with the good stuff. It wasn’t perfect, but a win’s a win. And victory in Cardiff made it 13 straight for the Wallabies over Wales. That sort of record can easily give rise to complacency, but there were no shirkers in gold.

Tatafu Polota-Nau continued his brilliant form. He gets involved in absolutely everything and does so at maximum intensity.

Kurtley Beale wasn’t quite at his best, but still pulled off a brilliant moment of opportunism. As Wales were creeping back into the game, Beale stripped Steff Evans of possession mid-tackle and casually jogging 60 metres to score, all while Wales were poised over the non-existent breakdown.

There’s also nothing like a few weeks of Nick Phipps to remind you how important Will Genia is. Genia was man of the match, firing a lovely pass for Coleman’s try and generally steering the ship with aplomb. 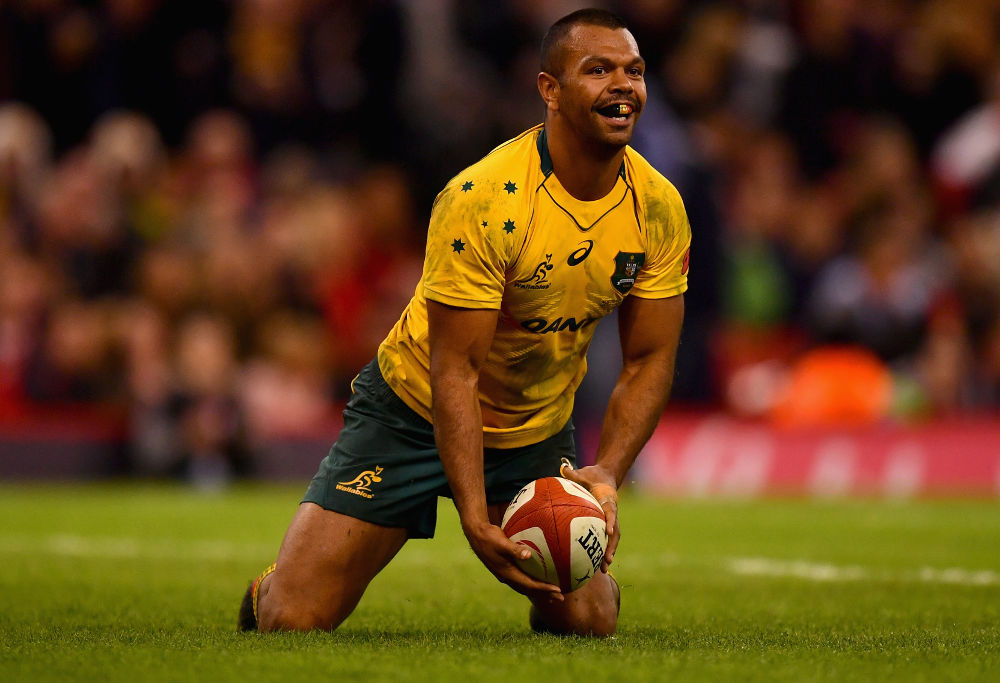 2. Wallabies defence still suspect
It’s worth remembering this was Wales’ first test match since June. They were rusty, and Australia should have been able to control the game much better than they did.

It’s no secret where opponents will find space against the Aussies at the moment. Too many times, Wales created significant overlaps out wide. It was only the home side’s poor handling that saved the Wallabies from being cut to shreds.

Kerevi and Kuridrani might have bullied Japan last week but they were caught out here. It was telling that Michael Cheika dragged Kerevi relatively early for Karmichael Hunt. Though they weren’t the only ones at fault.

Australia still overcommit at the breakdown and fail to realign quick enough when possession is turned over. Marika Koroibete’s rush defence is spectacular when it comes off, but it can compound the errors of those inside him when his timing is off.

3. Have we stopped practising restarts?
A year or two ago, criticism of the Wallabies’ restarts was so frequent it became a running joke. For a while they upped their game ‒ kicking high and short for tall, agile chasers ‒ but their focus seems to have wavered once more.

Against Wales, not one of Bernard Foley’s kick-offs was contestable. They were all deep-ish into the corner, allowing a regulation clearance. It can’t just be Foley’s carelessness. It must be a rehearsed pattern. But it shows such a lack of intent to secure possession.

Maybe they’re less inclined to kick short without their leaper-in-chief, Folau. But it’s been happening for a while now. In high pressure games, why would you give your opposition a moment’s respite?

4. Dr Jackson and Mr Hyde
When was the last time a team won after being on the wrong side of a 15-3 penalty count? The Wallabies discipline has been a problem area this year, but Glen Jackson loomed larger than he probably should have on Sunday.

Jackson’s critics suggest he has a tendency to referee one team at a time. That kind of approach can really affect the game’s momentum. He was arbitrary at scrum time, to the annoyance of both teams.

He pinged the Wallabies for ‘closing the gap at the lineout’ when they only did so to make a play at a wildly crooked Welsh throw. He was strict on the Wallabies offside line but less bothered by the Welsh rush defence. Then he penalised Jonathan Davies for deliberate knockdown when he made a genuine attempt to intercept.

Several calls seemed inconsistent or selectively pedantic. It makes Jackson one of the most frustrating referees in world rugby.

5. Is Scott Sio still Australia’s best loosehead?
At times during his career, Scott Sio has been in imperious form. Yet within the space of 80 minutes, he can go from world-beater to park footballer. Against heavy scrum pressure, he too often seems like the latter.

Sio was penalised early for collapsing, only to regain solidity as the first-half wore on. Then things went awry again in the second. Whether it’s sloppy binding or an issue of strength, something is amiss.

With scrum officiating heavily reliant on the perception of ascendancy, it’s a big problem for Sio to be struggling early in games. His front row partners, Sekope Kepu and Polota-Nau, are proven scrummagers over a sustained period. Sio is currently the weak link. Speaking of which, who let Mario Ledesma leave his post as scrum coach?