The Roar
12th November, 2017
2
Join the conversation
Advertisement
Write for The Roar

Despite being a somewhat obscure sport to the average Australian, the country’s reputation is far from obscure in the world of squash.

There are a few things that the average Aussie really should know about the sport. For example, we have the world’s most decorated squash player in David Palmer, and we can boast having 17 world champions over the past 40 years.

These stats and many more can be found in East Coast Squash Academy’s awesome squash infographic.

However, over the past decade, both the sport and Australia’s performance have changed dramatically. To find out what has happened to the game, and what we need to do to become a forces once again, The Roar sat down with Aaron Frankcomb.

Mr Frankcomb was ranked 38th in the world during his professional career, and he now heads up the East Coast Squash Academy in Sydney.

Is the quality of the World PSA Tour today as strong as it was, say, a decade ago?

“This is a tough question, as the style of gameplay and improvement in technology has allowed the game to be what it is today. Comparing that to decades past would be unjust to the players of that time as they were true champions.

In saying that, the game has 100% moved forward, which is exciting to see. Squash is now featured on TV more than ever with all major tournaments being streamed by Squash TV. In some cases, even minor tournaments are live streamed.

A big plus for the game of squash is equal prize money between men and women and the overall increase in prize money for the players. This is a testament to the organisers of the events, as year by year, every event is growing in popularity and size.” 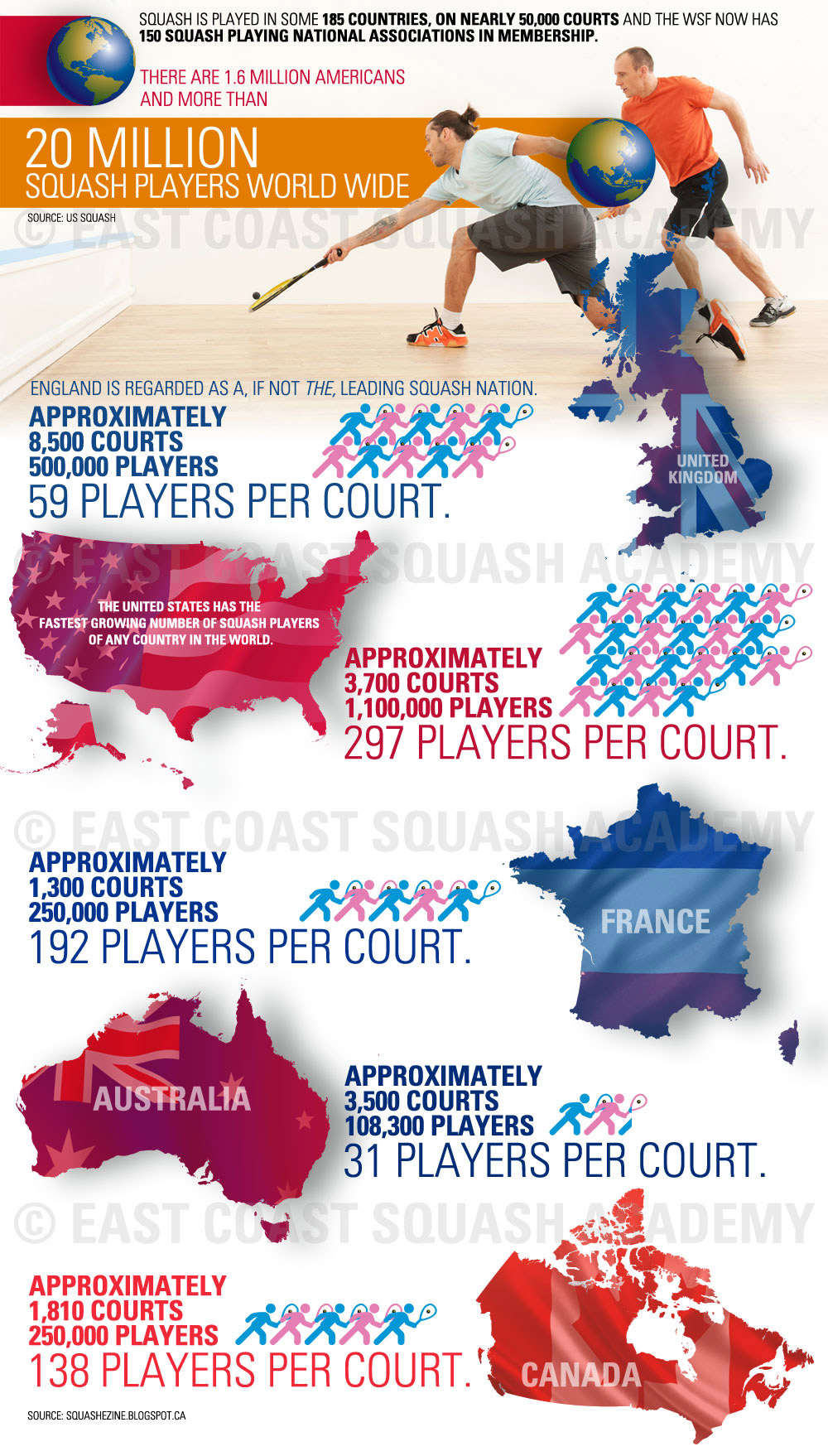 How has the game progressed or changed in that time frame?

“Technology, scoring systems and a few changes to the rules have allowed squash to progress quite a long way in the recent years.

All tournaments play to 11 points; this allows players to move up the court and play at a faster pace compared to the more traditional style. Being behind in a game that only goes to 11 points is quite difficult to get out of.

The tin (the line indicating the lowest position you can hit the ball on the court) has been lowered from 19 inches to 17 inches for both men and women. By lowering the tin the PSA world tour has encouraged more outrageous shot-making to take place, overall this has led to a more exciting style of play as the players are rewarded for a more aggressive style of play.

There is a single referee in charge of all decision-making, although there is a video referee that aids in controversial decisions such as double bounces or whether the ball was out. This is great for the game as it brings great clarity for those playing when there is a query during the game.

The style of play has changed the most, thanks to one player, Ramy Ashour. Ramy has led the way for the Egyptians to become a dominant force in squash, due to the illustrious play that has become a trademark of Egyptian squash.”

What are the key ingredients to being a world top 5 squash player?

“A solid base as a junior squash player would be a good start. One of the best predictors to see up and coming talent is watching the results of the British Junior Open and World Junior Open competitions. Many who have done well in these events eventually go on to be top 10 players and even world champions.

The next step would be to surround yourself with the best. Having some of the best players in the world as training partners gives you great insight into how they achieved the heights they did. For this reason, many players move to the likes of England or Europe, as there are strong training bases and multiple leagues set up to compete in.

To be in the Top 5, from my experience, requires consistency in performance when playing at high intensities. Their average level of gameplay is so high that even on a day where they are not playing well they are still good enough to beat some of the best players in the world.

This kind of consistency, accuracy, and pace makes it extremely difficult for the up-and-coming players to stick with throughout the match.”

What is the state of squash in Australia?

“We currently have two players in the top 20 for the men, Cameron Pilley at 18th, and Ryan Cuskelly at 16th, and one player in the top 20 for women, Donna Urquhart at 17th. After this, there is quite a drop off for both the men and women’s rankings.

Returning from such downturns comes down to establishing strong pathways and cultures that will allow for players to grow, not only as athletes, but also as people.

This is really up to clubs, state and national bodies to create or reward those trying to develop such pathways.”

Are there enough talented players coming through?

“No, this is partly due to foundations of junior programs but also exposure to the world stage. Many clubs are without junior programs altogether, which neglects the future Australian Stars.

Many of Australia’s junior athletes are not exposed to the top players in the world’s standard and therefore have no comprehension as to the amount and type of training required to become a top athlete until it is too late.

Going to events such as the British Junior Open and World Junior Open would allow our athletes to see the level that many juniors are playing at, which would allow self-assessment to take place, identifying the strategies needed to get themselves up to that level.”

Who are the ones to watch?

“Out of all the Australian Juniors coming up at the moment, Ethan Eyles would be the one to watch. Ethan has great pedigree; his father Rodney Eyles was former world number 2 and World Champion.

Ethan is making the necessary steps to give himself the best shot at being a champion by playing in major tournaments overseas; this will allow him to adjust his training to get himself to a world-class standard.

This commitment has shown, with Ethan already having some great results overseas and winning multiple Australian Junior Championship titles.”

How does a top 10 player typically train, day to day?

“The training varies depending on the player’s age, training history and time of year. Typically it ranges between eight to twelve sessions a week, encompassing squash, strength and conditioning sessions and also some sports psychology sessions.

The squash sessions typically make up the bulk of the weekly training, between seven and nine times a week. They cover a variety of drills, including solo’s (hitting yourself, working on grooving the technique), routines and one-on-one with a coach.

Some squash sessions may be shortened as a league match might be played in the evening. In the offseason, these sessions will be longer but less intense, and as the players come into the season, the length of sessions will decrease, while the intensity will increase. More match play will be introduced the closer it is to the competitive season.

The strength and conditioning sessions range from three to four times a week. These sessions according to the time of the season.

In the offseason, the conditioning may be looking to build up a higher working tolerance so that lactic acid doesn’t build up as quickly, as you will have improved capabilities to work aerobically.

Coming into the season, conditioning will change to more speed, change of direction work and repeated sprint ability. This allows the athletes to stay fresh and makes sure they are sharp when they play.

Similarly, the strength sessions out of competitions work to build the base typically strength and hypertrophy (muscle building) blocks of training.

As the season approaches, the strength training changes to a more power based approach, ballistic movements, and variations the Olympic lifts are incorporated to allow for the athlete to produce the most power possible. This helps when accelerating and then having to stop.

Sports Psychology Sessions make up the rest of the week, typically 20-30 minutes daily. This is an untapped area in our sport in my opinion.”

The sport certainly has its challenges, but with 250,000 players across the country (yep, another statistic from that awesome infographic), the sport does have an incredibly high participation rate.

Add to that the fact that Australians have some of the best access to squash courts in the world, and our potential to reemerge on the global scene looks very promising.

Anyone who’s played ten pin bowling knows how difficult it is to knock over a 7-10 split. 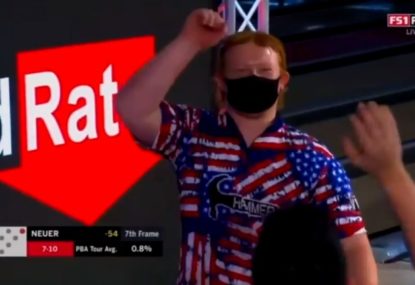