Less than two decades after Sydney hosted the Olympics, its sports infrastructure is back in the national consciousness.

The cost? Somewhere above A$2 billion.

Suddenly, the media-sport-politics machine cranked up in earnest.

A debate beyond the field

Sydney Morning Herald columnist and sport aficionado Peter FitzSimons reported that his article criticising the decision elicited the strongest reaction to anything that he’d written in the paper over three decades. There followed a change.org petition and a welter of unfavourable publicity reaching well beyond Sydney.

Even the NSW opposition leader, Luke Foley, broke out of the state political freezer to press his criticisms on national radio.

This was, for Foley, a matter of west versus east, education and health versus big sport, and the state government pandering to its elite mates on the Sydney Cricket and Sports Ground Trust. Its trustees include the influential broadcaster Alan Jones and uber-conservative businessman Maurice Newman. 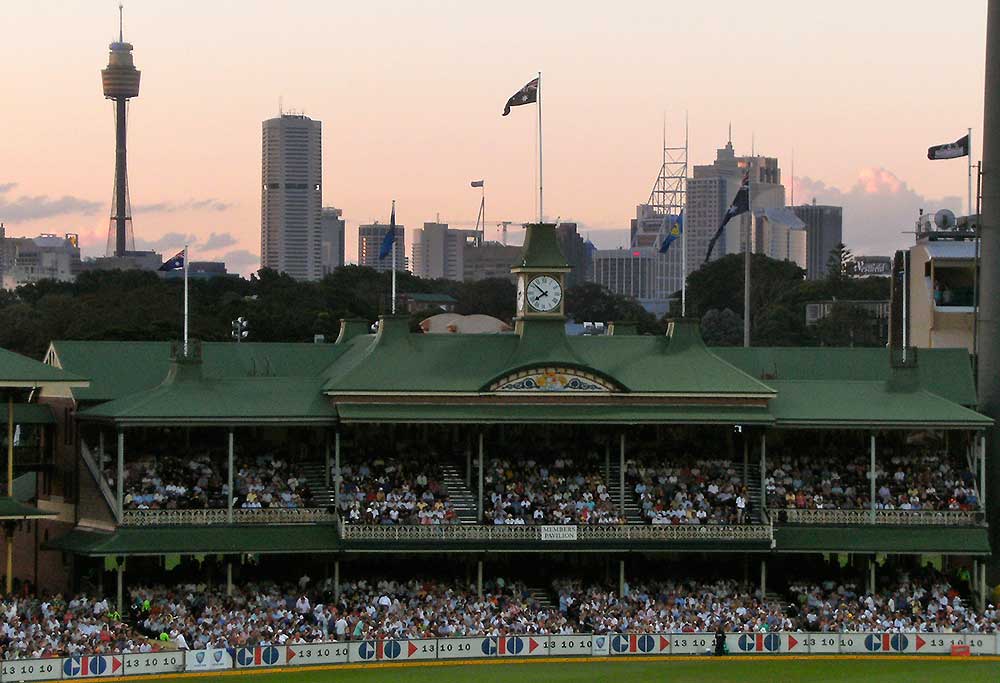 Sport Minister Stuart Ayres had, by then, rolled out the familiar justifications that Sydney was falling behind the likes of Melbourne, Brisbane, Adelaide and Perth in its big event infrastructure. This was not just a matter of civic pride, but of jobs in the event sector. And, in any case, Ayres claimed the cost was only 1% of planned five-year expenditure on health and education.

The sport-friendly local tabloid, The Daily Telegraph, editorially supported him with the unequivocal opinion:

Spending $2 billion on revamping our sports stadiums is a good thing.

Judging by the amplified negative response, this riposte was finding the going hard.

What does all this claim and counter-claim over public investment in infrastructure tell us about sport, politics and economics?

First, it appears that sport does not have quite the privileged place at the front of the public trough queue it once occupied.

Whereas once there would have been a great deal of flowery language about sport’s unchallenged place in Australian hearts, the justification for the funding priority given to two large enclosed sport spaces has been almost entirely economic.

In Australia, as elsewhere in the world (especially North America), cities have been drawn into a place-marketing competition in which private sport concerns demand public subsidies. If governments don’t stump up the cash through building facilities, offering tax incentives and other inducements, sport franchises and signature events threaten to relocate.

In Sydney’s case, one threat is that it may lose major events like the NRL Grand Final if it does not do what is expected of it by those who run the game. That many locals seem prepared to run that risk suggests that sport cannot simply appeal to its intrinsic worth as a substitute for reasoned argument.

But, if there is some well-founded scepticism about sport being unimpeachably good for the soul, it also seems that many people have become wary of the case that it is beneficial for the wallet.

The seemingly hard-headed world of sport event economics has been frequently exposed as a fantasy island of rubbery figures, optimistic projections and misleading extrapolations.

Building sport infrastructure has become enmeshed with all the other contentious projects that are currently underway in Sydney. The best known of these is the $17 billion (and rising) WestConnex road network expansion.

The Australian auditor-general has been highly critical of the cavalier way in which public funds were committed at the behest of governments and interest groups. Public transport advocates have bemoaned its lost opportunities.

The information-light argument that has been made for the Sydney stadium rebuilds has, it appears, a similar level of substance to WestConnex. Substituting “sport and jobs” for the “roads and jobs” mantra has been met with much cynicism, especially when more imaginative, lower-key ways of spending $2 billion on sport and other socially beneficial areas are being canvassed.

Building up suburban, community-based sport facilities, reducing junior sport registration costs, advancing school classroom renovation timetables and restoring the embattled technical and further education system have all been suggested as better ways of spending on the public good out of the proceeds of privatisation.

Working out who should benefit from public funding inevitably raises questions of need and privilege. The NSW Coalition government’s efforts to keep both sides of town happy across the east-west divide has left it uncomfortably astride the M4 motorway that it is widening in the name of WestConnex.

Sport stadium debates, like the contests they stage, can be unpredictable affairs. The fate of governments may stand or fall with the grandstands.