Top ten sporting events to look out for in 2018

Here’s what I think are the top ten to look out for.

Some of these events are even in our backyard and you will get the chance to experience them live.

10. Mundine v Browne fight – Jan 11, Sydney Star Casino
So we start the list and the year with what could be the last ever fight for Anthony ‘Choc’ Mundine. Mundine fights fellow Sydney fighter Tommy Browne on the 11th January at the Star Casino in Sydney.

A loss will end Mundine’s career while a win will earn him a top ten ranking for the WBO in the middleweight division where he will be looking to challenge either current WBO Middleweight Billy Joe Saunders or Jeff Horn to a multi-million dollar fight later in 2018.

Browne is stepping up a weight class from super welterweight (154lbs) to middleweight (160lbs) to fight Mundine for the chance at middleweight glory.

For the first time ever Mundine’s fight will not feature on pay-per-view and therefore less people will be able to witness the fight. So like me, you have never seen a Mundine fight live, best get yourself to the Star Casino to witness what maybe the last ever Mundine bout.

9. Soccer World Cup – Russia, 14 June 15 July 2018
Russia will hold the FIFA World Cup for 2018, with 32 countries qualifing with Australia to play former winners France in the first round.

The FIFA World Cup is going to be a tall order but a must watch for all who love the world’s sport. A television audience of over one billion people are expected to witness the games beamed on worldwide television and hundred of thousands more expected at the arenas.

8. The Winter Olympics – South Korea, Feb 9-25
Pyeongchang 2018 will host the XXIII Olympic Winter Games. We all remember Steven Bradbury’s miracle on the ice at the Salt Lake City games in 2002 and the Aussie athletes are out to bring home more gold for Australia.

Hundreds of athletes from 88 nations will feature at the games for Olympic glory and the chance for worldwide exposure. With the Olympics only happening once every four year like the summer games it a must see. Channel Seven will cover the games.

7. The Summer of Tennis – January – Melbourne
Australia’s summer of tennis is the perfect way to kick off the year for sport in Australia. The best of the best in tennis playing at one of the best arenas in the world, a must see.

6. Boxing’s Heavyweight Division -All year
The heavyweight division is going to be huge in 2018. Three undefeated champions each holding one of the major title belts: Deotay Wilder (WBC), Joseph Parker (WBO) and Anthony Joshua (IBF, WBA,IBO).

Never in the history of boxing has there been three undefeated champions in the mix at the same time and they all want one thing, like the highlander movies (there can be only one).

Parker and Joshua have almost come to terms with each other for a unification bout for their titles Wilder is keenly waiting for the winner of the match to swoop in and take all the gold. 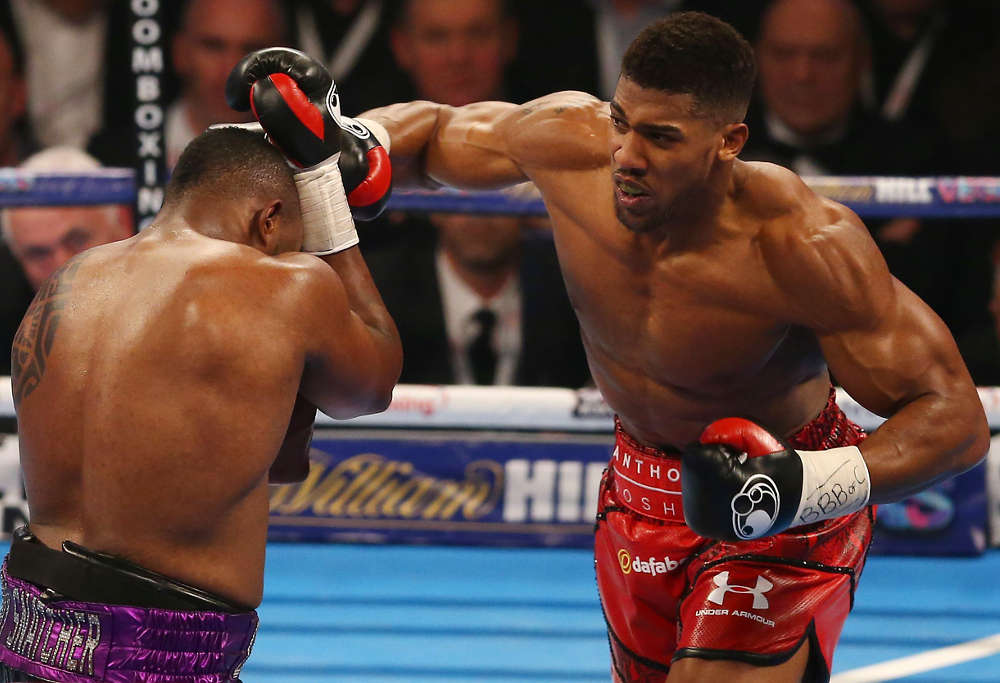 In Perth this year, Whittaker will take on the number one contender for the middleweight prize, Luke Rockhold. Fellow Aussie and heavyweight contender Mark Hunt will also be in the ring as an undercard for the seven fight card event.

4. AFL and NRL seasons
Both these can share a spot as anticipation is just as big for one as it is for the other. Can the Punt Road champions (Melbourne Storm and the Richmond Tigers) do it again it 2018?

How will Geelong fare now that Gary Ablett Jr has returned home and how will his pairing go with Patrick Dangerfield?

Can Dustin Martin catch lighting in a bottle again in 2018 and again achieve the triple threat?

In the NRL, how will the Storm and Queensland cope without Cooper Cronk? What about the returns of JT and Matt Scott to the Cowboys? Can Cooper Cronk bring home a title for the Roosters?

3. Melbourne versus Cowboys, AAMI Park
Its the grand final rematch of 2017. It’s also JT and Billy Slater’s 300 game for the NRL.

2. Jeff Horn’s next fight – YTBD (yet to be determined)
This time last year nobody knew or cared about Jeff Horn. Fast forward one year and his is now the biggest draw in Aussie boxing.

While not official yet, its going to happen sometime this year, and if Bob Arum (Top Rank CEO) and promoter of Horn get’s his way, Horn will fight Terrence Crawford for the WBO Welterweight title in April at T-Mobile Arena.

If this does not happen there are many other options out there for our Aussie champ with possible unification bouts against Keith Thurman (WBC and WBA champ) or Errol Spence Jr (IBF champ) and probably the less likely of all a mega fight with Anthony Mundine.

With all options on the table at the moment Horn and his management just have to pick the best option and get into the ring. At the moment Jeff Horn is a huge draw for Aussie boxing and will generate huge attention no matter who he fights. This is one of the most anticipated events for 2018.

1. Commonwealth Games -Gold Coast, April 4-15
This is my number one and easily the most anticipated event for 2018. The last time Queensland held a Commonwealth Games I was just a six month old baby and I can still remember looking at dad’s beer can collection while growing up.

Thirty-six years on, I can make my own collection. All eyes will be the party capital of Australia as it is turned into a sporting mecca.

With Australia not having competition from the USA, China or the Russians, we are in for a pretty big gold medal hall, and with 275 events spread across 18 sports for the 70 participating nations, why not witness it first hand?

Of course I will be watching the boxing events closely to see what the next generation of boxers have to offer.

With Townsville holding a couple basketball games at the Entertainment Centre, I will be able to witness the Commonwealth Games without travelling to the Gold Coast. You knows maybe I will get lucky and get a spot working security through work?

Like all of you I would love to go to the Gold Coast and watch the events live.

Well that’s my top ten events to look forward to in 2018, what is the event you are most excited about?