How do you solve a problem like the Sixers?

The Sydney Sixers are in big trouble. With a 0-6 record this season they’ve become the punchline of the Big Bash competition.

Their loss in Hobart on Monday left them rooted to the bottom of the ladder. Sam Billings’s heroics were only enough to flatter the visitors with a last-ball finish. There’s no escaping the franchise’s failings. Even the underachieving Melbourne Stars won a game last night.

It’s tough to pin down a definitive diagnosis when the problems have metastasised from top to tail. The Sixers squad lacks quality and balance. Historically they’ve wasted resources on Test regulars like Steve Smith, Josh Hazlewood and Mitchell Starc, who rarely get the chance to play BBL. Nathan Lyon is a half-season prospect at best.

Though Smith and Hazlewood have been cut loose, Starc remains on the final year of his Sixers contract.

Just not good enough
Broadly speaking, the bowling lacks penetration, the batting lacks punch and their imports have underperformed. Man-for-man they’re worse than every other squad they’re up against.

In that sense it’s no shock that they’re cellar dwellers. But it is problematic. Thanks to a lot of hard work behind the scenes the Sixers are the most liked Australian sporting franchise on Facebook. That level of support is great until it turns to unrest ‒ then the feedback becomes a lot louder than you’d like.

The player trading and commercial sideshow of the BBL can create a sense that the results are disposable. Just been pummeled? Well, that’s T20 for you. Never mind, there’s another game tomorrow. Shake it off.

But this squad should be settled. The only real change from last year is Peter Nevill for the retired Brad Haddin. Perhaps the worst thing they did was scrape into the grand final last year. After a mediocre season they tricked themselves into believing an overhaul could wait.

At home to the Scorchers they couldn’t hit a single six. They managed just one in their capitulation to the Renegades in Geelong. The Sixers team name was intended as a serving suggestion, not an albatross around their neck. 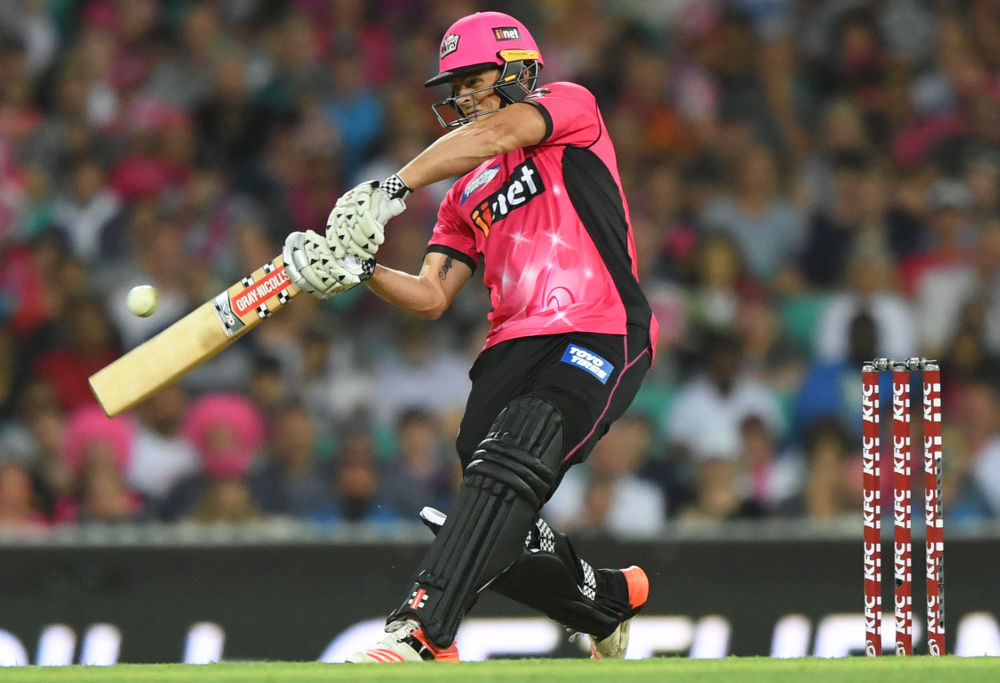 Who can the Sixers turn to?
Captain Moises Henriques has been absent on personal leave and the cricket community wishes him a speedy return. He’s one of the few batsmen with the requisite gears to adapt to different game situations. Jordan Silk is the other.

Nic Maddinson lacks cricketing nous. His 30-run cameos aren’t nearly enough when your tail starts in the middle order. Daniel Hughes is averaging less than 20 at barely a run a ball. Nevill is a fine gloveman but he’s no T20 batsman.

The less said about Jason Roy, the better. In any case, he and Billings have departed for England duty.

Ben Dwarshuis and Daniel Sams are promising but still raw. Meanwhile, Sean Abbott serves up more rocks than diamonds and can’t be trusted with the death overs.

The BBL has been fruitful for attacking leg spin, but the Sixers persist with the steady orthodoxy of Steve O’Keefe (now injured), Johan Botha and Will Somerville. The return of Lyon is a boost but the finals are already out of sight.

So the batsmen can’t post enough runs to defend and the bowlers don’t take enough wickets to exert consistent pressure. 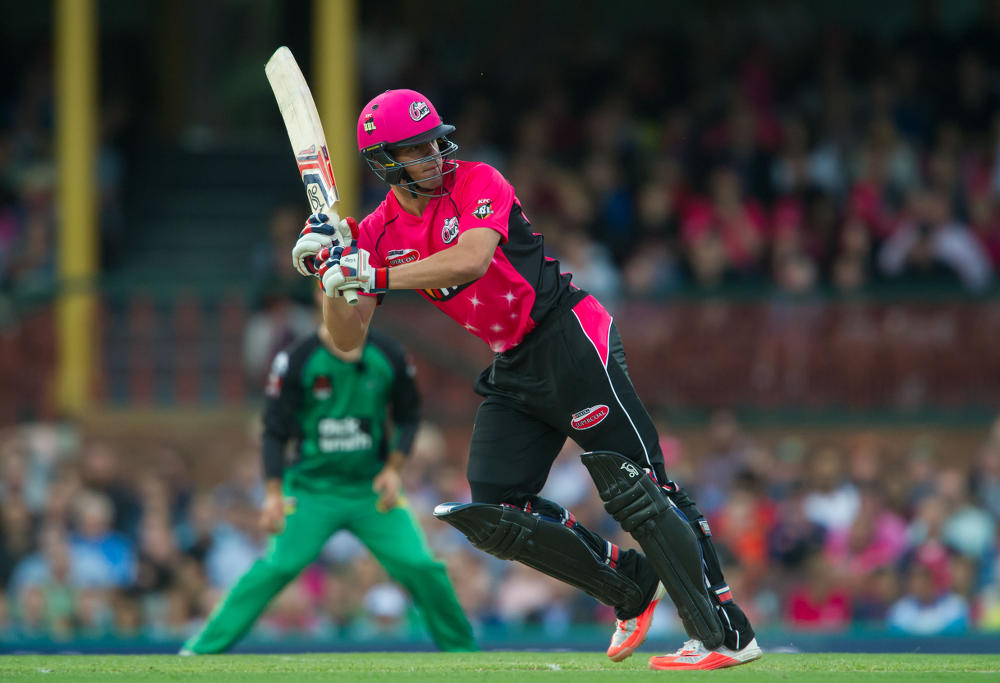 Contract quirks
It’s a longstanding issue for New South Wales that their players tend to dominate national selection, yet even in a two-team city the Sixers should be savvy enough to have first dibs on homegrown talent.

For what it’s worth, Renegades veteran Brad Hodge kicked the hornets nest recently with comments about the handicap of Sydney and Melbourne as two-team towns. He referred to the knack of Perth Scorchers to retain a stacked roster despite the salary cap.

Former Australian paceman Dirk Nannes backed Hodge up during ABC Grandstand’s Ashes coverage. Nannes claimed some players were being paid below market value to meet the $1.6 million cap while being supplemented in separate state contracts. In some cases players might even be pressured to stay at a franchise under threat of losing a state contract, a tactic much easier to execute in a one-team state.

“Of course, you’re going to get some changes – there are stars on the rise or stars on the wane and the money they’re going to get is out of whack. But a player who doesn’t play four-day cricket can’t be almost on a maximum state contract and getting a pittance for their Big Bash contract. That just shouldn’t happen. You shouldn’t be able to manipulate your Big Bash list by using your state contracts,” Nannes said.

“I have an ethical problem with it, definitely. There are a few other things I think they need to look at. The Big Bash functions so well because of the fairness of the competition and the equity of the teams. And the Big Bash works so well because you’ll see a game and you will have no idea who’s going to win because the competition is so tight.”

Whatever truth there is to these claims, the safest assumption is that all is not well at Cricket New South Wales. The joint needs a shake-up. 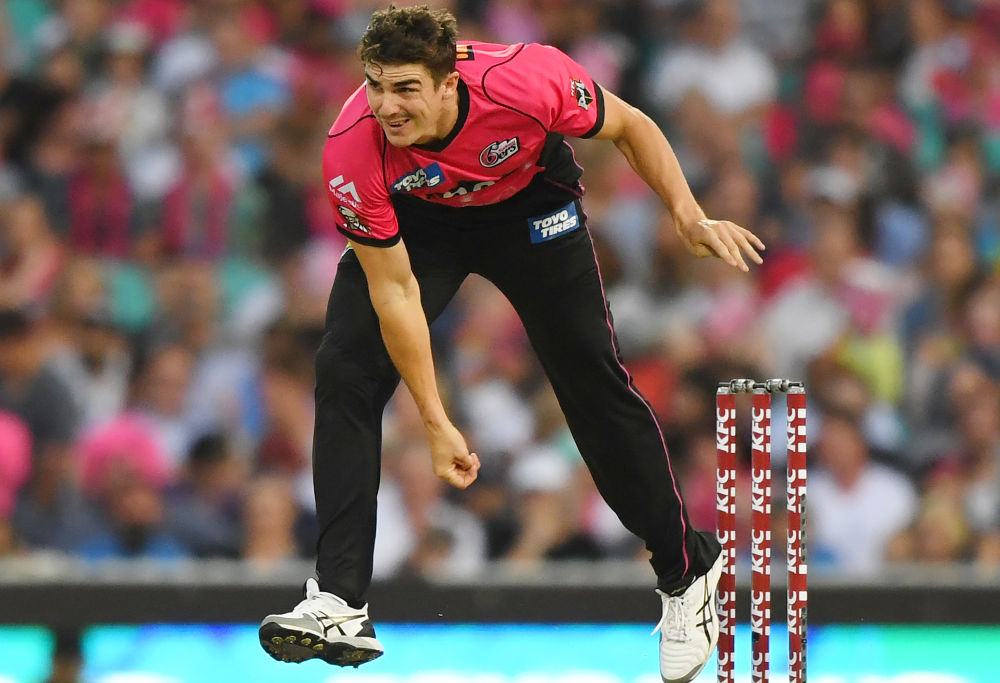 Where to next?
Of course someone has to finish last, and in an eight-team competition there’s nowhere to hide. Something needs to change.

The return of Lyon and a rejuvenated Henriques will surely help the cause. Meanwhile all-rounder Carlos Brathwaite and opening bat Joe Denly have joined the ranks but may take time to acclimatise.

The Sixers are a far better chasing side and have only done so twice this season. Winning more tosses would be nice, but you can’t bank on luck.

Coach Greg Shipperd has pedigree but could be hard-pressed to keep his job next season. Johan Botha is a chance to retire, which would free up another spot. Beyond that, recruitment needs to be more proactive. World-class all-rounders should be top of the shopping list. If they can conjure up a leggie from somewhere, all the better.

Unfortunately for the Sixers the BBL structure doesn’t lend itself to wholesale changes. The surgery this squad requires is going to be long and arduous. These are hardly the condition you want to be in heading into your marquee fixture: the Sydney Smash at the SCG on Saturday night.

The BBL has never pretended to be cricket for the purists, but it subsists on being fun and competitive. For Sixers fans right now it’s not much of either.