Flashback to 2009. An announcement was made that rugby sevens would become an Olympic sport, set to make its debut in 2016 at Rio.

It was at this point that preparations began in Australia to not only feature men’s and women’s teams in that Olympics, but also to make sure that these teams were successful.

The Australian Rugby Union began looking for talent. They scoured the country, looked to junior talent pools and even looked to other sports like rugby league, touch football and netball, eventually writing to thousands of women asking if they wanted to participate in a trial.

From there the seeds were planted which would later grow and develop into the Aussie Pearls – the world’s first ever gold medal Aussie 7s team.

The Pearls are a good example of what can happen when athletes are made professional and given the opportunity to completely focus on their craft. The team were made professional back in 2014 and centralised at Narrabeen. The central focus – to bring home gold at Rio.

In contrast to many other female athletes, these women did not have to worry about how they would pay to get to tournaments or have to worry about taking time off work to compete. Many juggled additional commitments like families, university and work but the boost that being a professional squad gave them was significant.

You all know the rest of the story. How they went on to become World Series Champions in 2016 and then went on to Rio where they defeated New Zealand in the gold medal match 24-17. You all know the stars of that squad – like Ellia Green, Sharni Williams, Alicia Quirk, Shannon Parry and Charlotte Caslick. 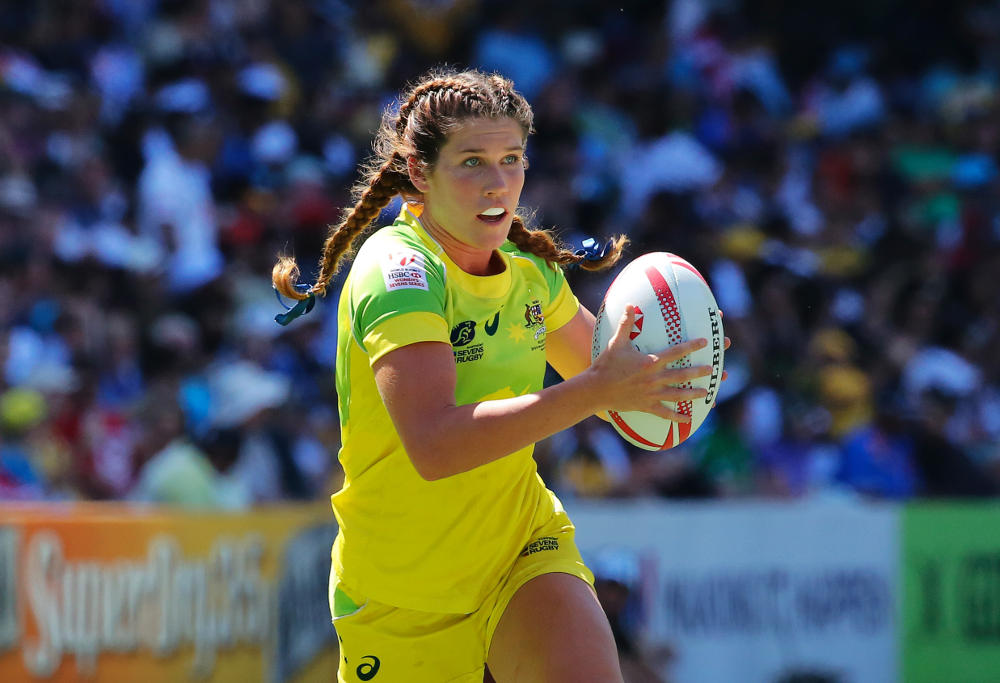 These women helped to change the Australian sporting landscape forever and their success had far reaching consequences for the rugby landscape too.

Plenty has changed for the team since that gold medal at Rio.

There has been the inevitable come down from the gold medal win and plenty of new faces introduced to the squad like Cassie Staples, Dominique du Toit and Emma Sykes.

This is the next generation of women which will represent our country at the Commonwealth Games and the Tokyo 2020 Olympics. No doubt more talent will continue to be unearthed too given the strength of 7s pathways.

If you haven’t had the chance to see these women in action – you have an opportunity right now.

Starting today and all through this long weekend, the Sydney 7s are happening.

This is the first time in a World Series that the men’s and women’s tournaments have been completely integrated and it’s also my first time at the tournament too.

This will be the last time that Tim Walsh coaches this squad at the Sydney tournament, announcing earlier this year that he will be stepping down from his role as head coach at the conclusion of the Commonwealth Games.

The Pearls are in action today – their first game is against Spain at 11.50am, then Papua New Guinea at 2.34pm and then France at 5.18pm.

I hope to see plenty of you out there supporting one of my favourite national teams.

WNBL
What a stunning finale to the 2017-2018 WNBL season with the Townsville Fire being crowned premiers for the third time in four years in front of a sold out crowd at Townsville Stadium.

The WNBL Finals Series is contested as a best out of three. In Game 1, the Fire beat the Melbourne Boomers 69-64, in the second game the Boomers bounced back with a one point win (58-57) and then in the final game the Fire won comprehensively by 70-57.

There was one woman that everyone was talking about though – that woman is Suzy Batkovic.

Suzy is a three time Olympian that was omitted from the Opals squad ahead of the Rio Olympics. But she has certainly proven this season that her best basketball is not behind her.

In game three Suzy scored 28 points, including 13 rebounds. She was also named regular season MVP and was awarded the Rachael Sporn Medal as the MVP of the grand final series.

The Fire are a very good example of one of my favourite sayings about sport from Lucy Zelic – ‘if you love a sport, you will love it no matter who is playing’.

As a team, the Fire have been exceptionally successful on the court and as a result, have been able to galvanise their local community. Who cares whether it is men or women playing, as long as the quality of what they are doing is there.

The team had a dominant season with a 14-7 record, defeating the reigning premiers, the Sydney University Flames to book their place in the grand final.

It’s been a good year for women’s basketball – returning to our television screens thanks to Fox Sports.

It’s also been a big year for Suzy who has now been recalled into the Opals squad ahead of the Commonwealth Games.

Let the countdown to the Commonwealth Games and the next WNBL season begin.