‘Tis the season to dress up complete guesswork as research and statistical analysis.

As footy withdrawals intensify with anticipation of the approaching season proper, it seems only natural to present my unqualified season predictions to the ravenous maw of criticism that is a public internet forum. What have I got to lose?

So what manner of convoluted criteria did I choose to employ? Well, at first I tried to place clubs from first to last based on gut feels, but after numerous attempts failed to get past the top five with any confidence. It was clear that a more complex system was needed, if only to justify any contentious selections behind a veil of statistics.

So, not wanting to give up them gut feels completely, I settled on categorising clubs into three tiers (the top five, the middle six and the bottom five) based on team composition, coach and other such club related factors.

Clubs in each tier were then sorted into the relevant ladder spots by factoring in season related elements such as their draw and the impact of Origin. It should also be noted that I based the difficulty of the draw on how many times a team played teams from my personally selected tiers, rather than last season’s results due to the sheer amount of changes to each team over the off-season.

So don’t expect a list of best to worst, but rather a prediction on how each club will fare over the season pre-finals.

Now that that’s out of the way, let’s start with the cellar dwellers – the bottom five!

16. New Zealand Warriors
Ah the Warriors, they’re a team that has the potential to give even the best in the comp a scare but I’m afraid this season will not be kind to them. 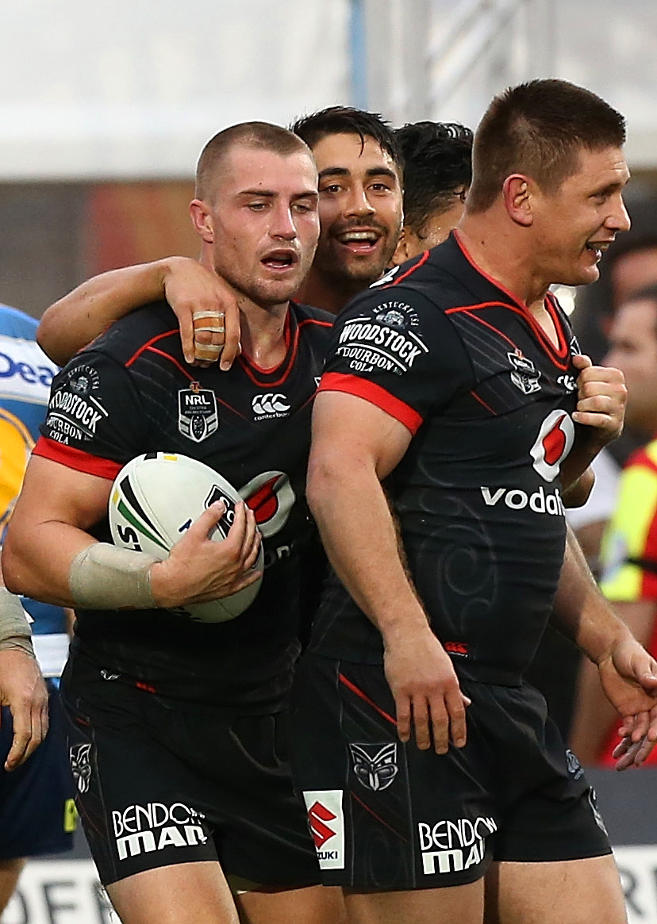 The inclusions of Adam Blair and Tohu Harris should add a degree of professionalism to the squad, but you still require an able coach to craft a winning culture. With Steve Kearney’s winning percentage hanging in the mid-twenties, it hardly inspires confidence.

I’ve also got them as having the hardest draw in the comp pre-Origin (and overall coincidently) and a lack of early success may compound questions over Kearney’s coaching chops.

In a club that has only had two of its twelve coaches last more than two seasons, it doesn’t bode well for the stability of the side.

Even their traditional springboard, the Origin period, won’t be particularly kind and will feature only a single home game out of the five matches, though at least three of those teams are likely to be heavily impacted by the Origin series.

There is one ever so small glimmer of hope in that their post-Origin run looks relatively better with all but one of their opponents being mid to low tier, though several of those will likely be attempting a finals run of their own to separate themselves from the mid table logjam.

If the wheels have already fallen off the Warriors it won’t make much difference. All this combined with the heavy travel burden of a minimum of twelve long-distance flights (thirteen if they don’t spend a week between games in NSW) paints a bleak picture, but it’s the Warriors, so who knows?

15. Wests Tigers
While many Tigers faithful will be praying that the strategy of paying overs for average players finally pays off this year, their chances look slim at best.

With a squad yet to replace the strike power lost last season (with whom they still only managed to place 14th) and a coach that, despite early success, has only managed one finals appearance since leaving the Warriors in 2011 it looks like another season of rebuilding.

They’re also tied for the second-hardest draw by my calculations and, despite it being very unlikely that they will be impacted by Origin selections, the teams they are up against over the Origin period aren’t likely to be overly impacted themselves, drying up any easy points that may have been on offer.

The run home doesn’t look much better either, topping off what looks to be a difficult draw overall for the Tigers, though they will only be expected to leave their home state on two occasions over the whole season. 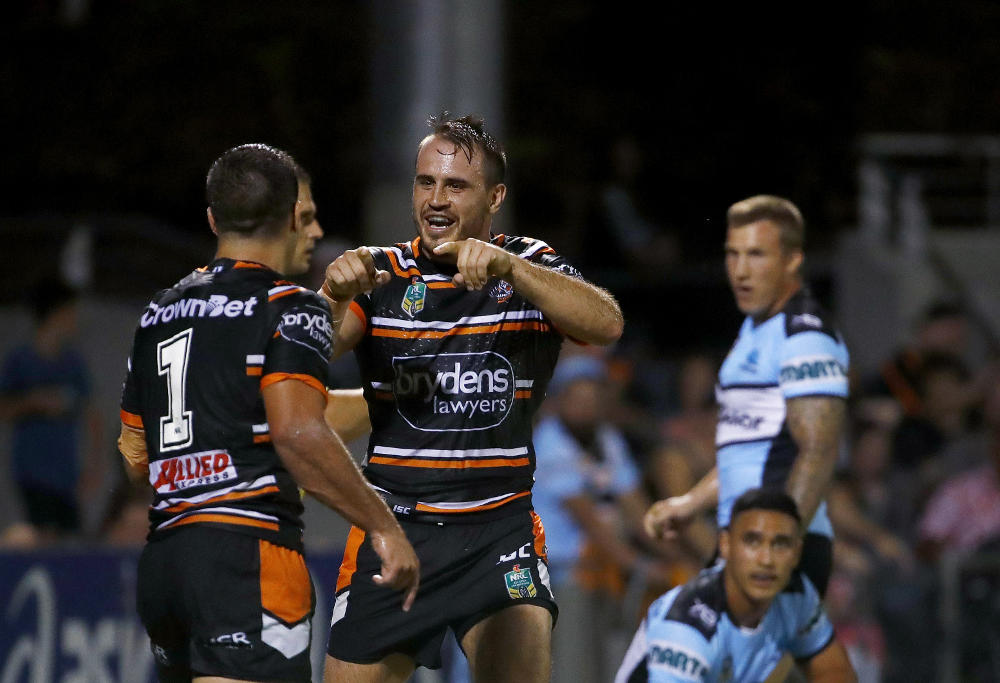 14. Newcastle Knights
Sorry Knights fans, while I expect your team to improve, I also expect several of last year’s bottom eight to improve more, cementing your spot in the lower order.

While off-season recruitment has resulted in some handy acquisitions it has also resulted in the most fundamentally different line-up in the entire league.

It’ll take a while for new combinations to click and be tested at NRL level (trials and pre-season can only do so much). A relatively difficult opening to the season, including having only two home games in the first eight weeks, isn’t likely to speed things along.

While a couple of their new recruits come with pre-existing combinations, it remains to be seen how effective they will be under a new structure.

Origin is likely to complicate matters for the Knights as they may find themselves affected by selections more then they’re used to, and while they’re likely to play a couple depleted teams they can still expect to face stiff opposition over the period.

Lack of early success may put the good will Nathan Brown has built up under some stress, but I do feel that he is likely to be given more leeway then most coaches, if only for the short term.

They will however have an easier run into the finals then most teams and will only be expected to leave their state on four occasions over the year, so it’s not all doom and gloom.

Overall, I feel like Newcastle will be victims of a much more hotly contested mid table logjam than previous seasons with other teams enjoying a enough of a head start to leave the Knights in their wake. 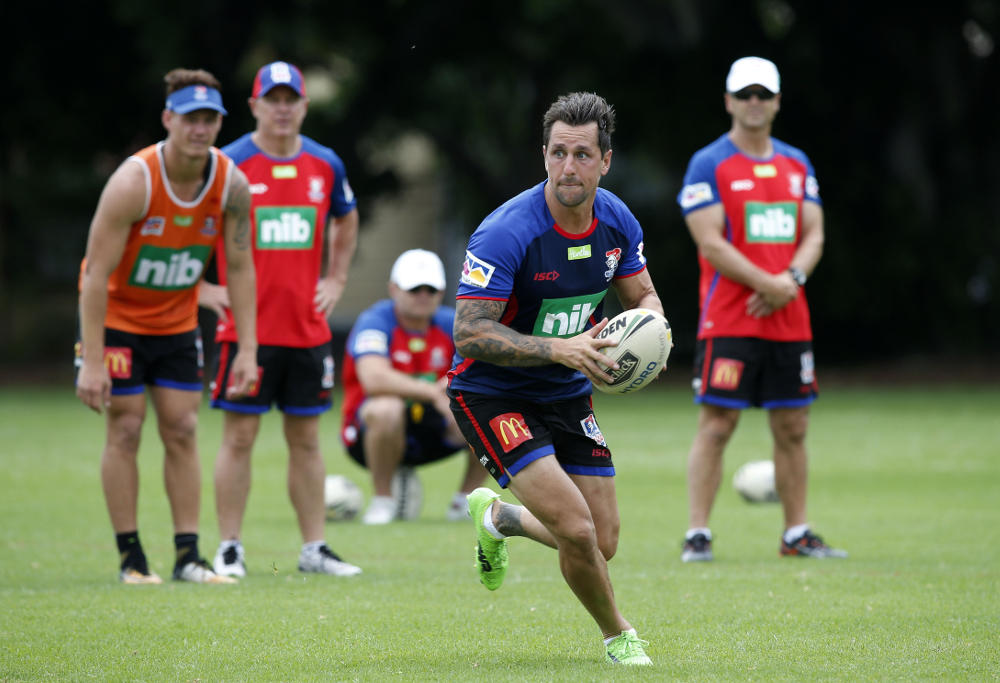 13. Penrith Panthers
Ok, so the next two selections may raise a few eyebrows, but someone had to fill out the bottom five. So what lead to this prediction? To be perfectly honest, their squad doesn’t inspire a lot of confidence.

Not that it’s a bad line-up by any means, but after losing Matt Moylan and Bryce Cartwright it’s hard to see where their points will come from. Outside of the halves pairing there’s not much in the way of attacking options, and fewer attacking options means fewer avenues your opposition have to shut down.

The Panthers just don’t appear to have the composure or defence required to grind out wins reliably. New recruit Jim Maloney is likely to find himself being heavily tested by opposition teams and, without being surrounded by the calibre of defender that he is used to, may find his defensive issues to much more pronounced and exploited this season.

Question marks over Tony Griffin’s coaching, talk of Phil Gould micromanaging and comments of player unhappiness may threaten the side’s morale if the rumours continue to dog them throughout the season, or destabilise the side completely if they turn out to be true.

While their draw is neither overly difficult or easy they will be facing a lot of mid-tier teams that seem to boast balanced squads and Origin has the potential to see them miss the few attacking options they have left.

Overall, the mountain men’s looks to me to be a downgrade from last year while other teams have improved their rosters.

12. Canberra Raiders
That’s right, I’ve got the Green Machine rounding out my bottom five teams. It’s fair to say last season undid a lot of the hype around the team that placed second in 2016 and the closer you look at the Raiders the more that season appears to be an outlier.

Memories of the ten-game winning streak where they beat every other member of the top four on their finals run have since been replaced with memories of inconsistent performances, misfiring combinations and a tendency to falter in tight contests.

When a team drops from second to tenth in one year with no discernible excuse you have to raise questions about the coach. 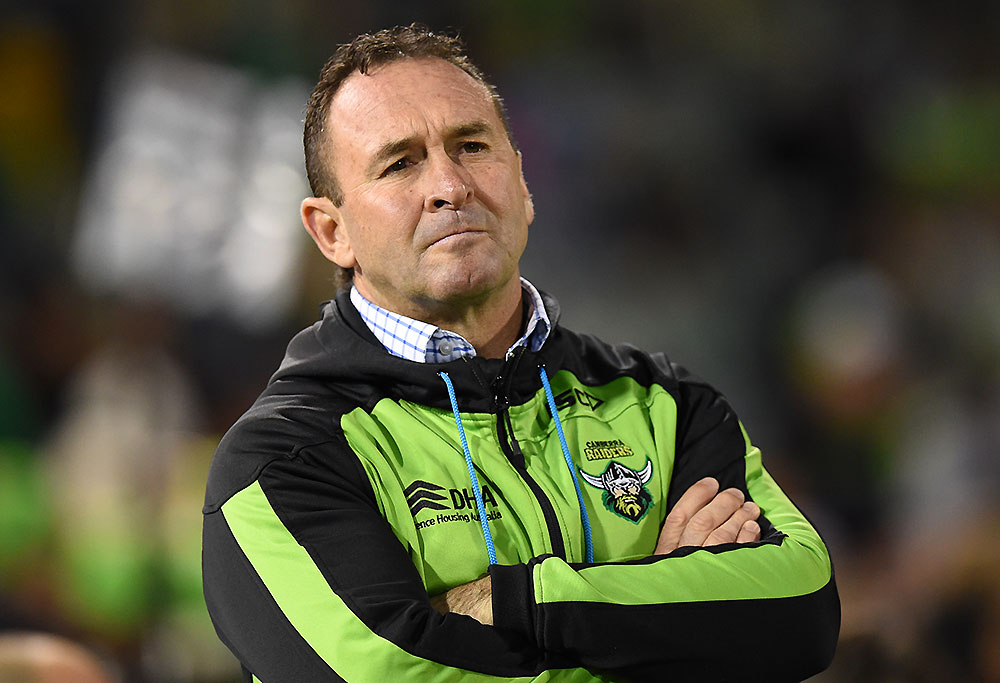 In fact, the more you look at Ricky Stuart’s record as a first grade coach in general the more confidence you lose. Despite three years of early success, Ricky’s last ten seasons as an NRL coach have seen his teams make the finals just twice.

Two stand-out years imply a coach that is able to grab hold of a patch of form or shift in momentum and use it to propel his side to the top of the competition. Yet the other eight seasons imply a coach unable to generate such a change himself and unable to make up the difference through coaching abilities alone.

With that in mind and no significant improvements to the line up I find it hard to see them improving on last year’s tenth placing. Dropping Canberra further in my predictions are the serious question marks over their No.9 position and it’s likely to take some time to settle on a player to fill Josh Hodgson’s boots.

With a draw that, while not over difficult, doesn’t allow an easy run at any part of the season I simply cannot see them replicating their form from 2016 and much like the other teams in this grouping, they simply haven’t kept up with the rest of the comp this preseason.

There you have it, that’s my predicted cellar dwellers covered. Stay tuned for a slightly more upbeat Part 2 where I will cover the six teams battling over that little line on the ladder separating success from failure.